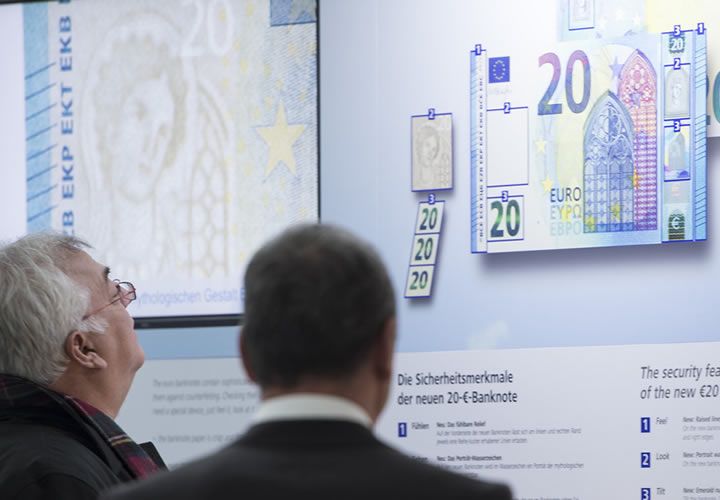 A noted technical strategist tells us the recovery in GBP/EUR could well struggle in the near-term as a big resistance layer is tested, but should it be broken further gains should be expected.

There has been welcome relief for those with Euro payments over recent weeks as Pound Sterling embarks on a recovery from multi-year lows set in August at 1.1475 to back above 1.19.

A look at the latest rates shows we are nearing the round number of 1.20 for the first time in a month:

The gains come as UK economic data shows the impact of the Brexit vote was not as bad as many had assumed it would be.

A better-than-forecast run of PMI data from IHS Markit has culminated in the release of the best Services PMI growth figure in over 20 years.

"Matching its manufacturing peer for shock-factor the UK services survey surged back to 52.9 in August from 47.4 in July, far higher than the 49.1 estimated by analysts. As has been the trend of late the Pound took most of the juice from this news, jumping around 0.3% against the dollar and the euro to hit 7 week and 1 month highs respectively," says Connor Cambell at Spreadex in London.

There is creeping realisation that Sterling may have been unduly punished over recent months, and some upside correction is required.

The question on the minds of those with impending payment requirements is whether further advances are possible - do you act now, or hold your nerve?

In answering the question as to whether Sterling has more fuel in its tank we often turn to the charts for guidance.

While fundamental research is useful for longer-term timeframes, the nearer-term can often be deciphered by analysing where demand and supply increase and decrease.

Analyst Lucy Lillicrap at Associated Foreign Exchange (AFEX) has told clients that the short-term trend in GBP/EUR is higher, corroborating the studies we delivered in our week-ahead forecast.

However, we are interested in hearing where the potential limits to the rally lie.

“The psychological 1.2000 level will probably limit re-emergent GBP strength initially but with an intermediate low already in place further gains should unfold in coming days as values head back toward 1.2100 then 1.2200 areas as well next,” says Lillicrap. 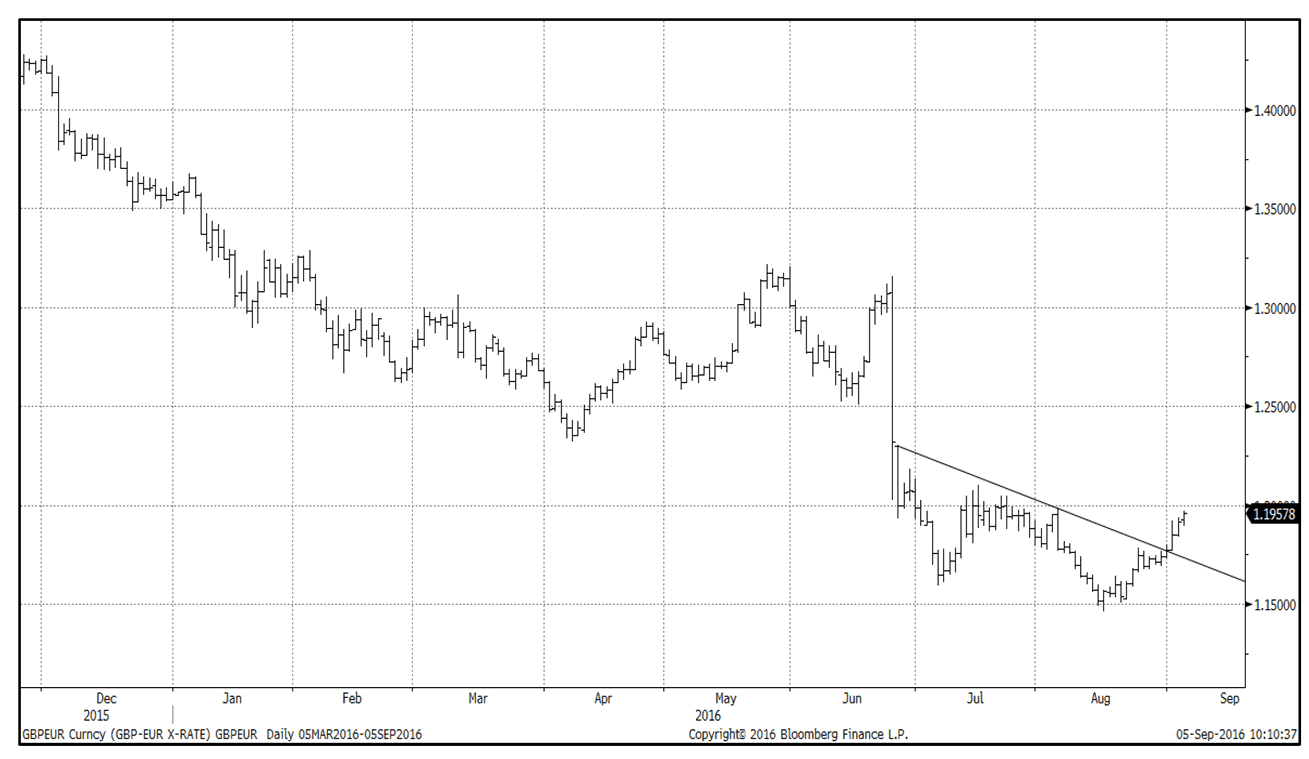 Dips have local support starting around 1.1850 and the analyst sees more substantial buying interest at 1.1750.

These are essentially levels at which Sterling's weakness should fade and a bounce could take place.

Indeed, according to the analyst we could well be seeing the start of a floor in the broader GBP/EUR sell-off.

“Ultimately a sell-off under the previous/notable 1.1475 floor remains possible but this macro negative cycle nonetheless appears to be on hold for now at least,” says Lillicrap.

Sterling trades with a positive tone on Tuesday as it continues to benefit from the Services PMI reading which came in at 52.9, confirming the sector to be in expansionary mode again.

The numbers confirm the UK will avoid a post-Brexit vote recession; something that should aid Sterling’s recovery further as it will likely ensure the Bank of England refrains from further cutting rates and expanding the quntitative easing programme.

“Two months have now passed since the UK voted to leave the EU and its effects are beginning to emerge. The consumer is unruffled. Strong employment and inflation-beating wage growth have supported spending. Businesses are waiting to see what happens but are less worried than immediately after the vote. Property markets show mixed signals. Most house price measures are up, most commercial property measures are down,” note RBS in a weekly economic briefing.

Any deterioration could drag consumer sentiment down with it but, for now, Brexit's impact seems mainly confined to interest and exchange rates.

Looking ahead though, it is hard to argue that Brexit has lost its importance.

The G20 summit gave us some insights into the problems it poses longer-term with warnings from Japan that their banks and pharma businesses may relocate away from the UK being of particular concern.

The US President meanwhile reiterated his assertion that the UK would be sent to the back of the queue when it comes to negotiating a post-Brexit trade deal.

The further we move away from the Brexit vote, and Brexit itself, the more complicated the whole issue reveals itself to be.

There are positives - Australia, Singapore, South Korea, India and Mexico have all made positive noises about forging stronger trading relationships with the UK over recent days.

On Tuesday the 6th the head of the German chamber of commerce and industry warned that German investments into Britain were being held back by PM May’s refusal to start Brexit talks until next year.

This is an evolving situation, and we would strongly warn about complacency over the Pound’s recovery as a result.

The runway to a fully-fledged GBP recovery remains strewn with potholes.

Pound-Canadian Dollar Rate and Today's Bank of Canada Announcement: What to Expe…

Australian Dollar Surgest to 8-Month Best against Pound, Aided by Chinese PMI Be…