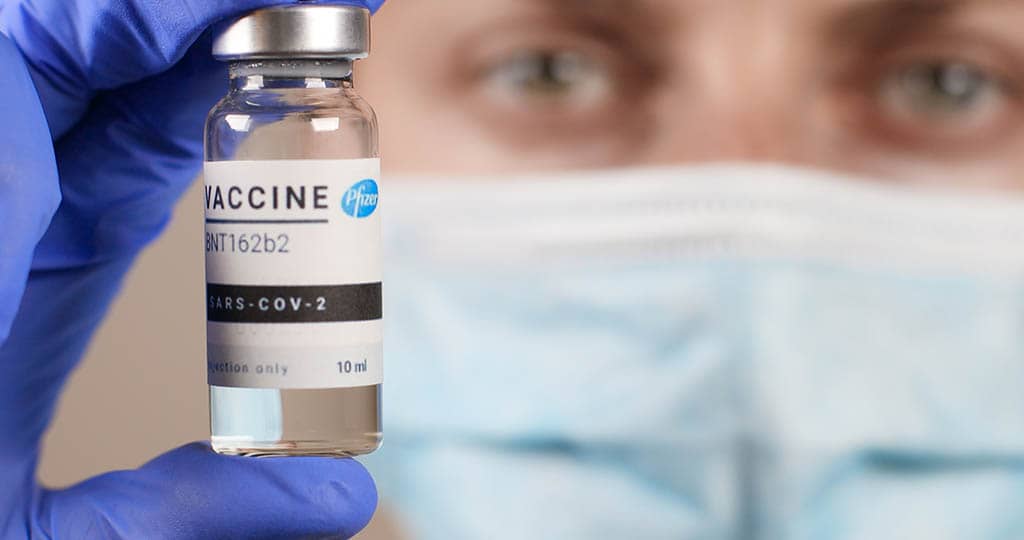 A portion of the Euro's April gains are likely to have come from an easing in investor concerns that the EU was at risk of being left behind in the global vaccination race as supplies increase substantially.

The developments concerning Pfizer deliveries ensures the EU's programme remains on track and will likely underpin the pro-Euro theme on global currency markets that has characterised April trade.

"Faster EU vaccination is now supporting the EUR and the consensus is bullish," says Athanasios Vamvakidis, FX Strategist at Bank of America. 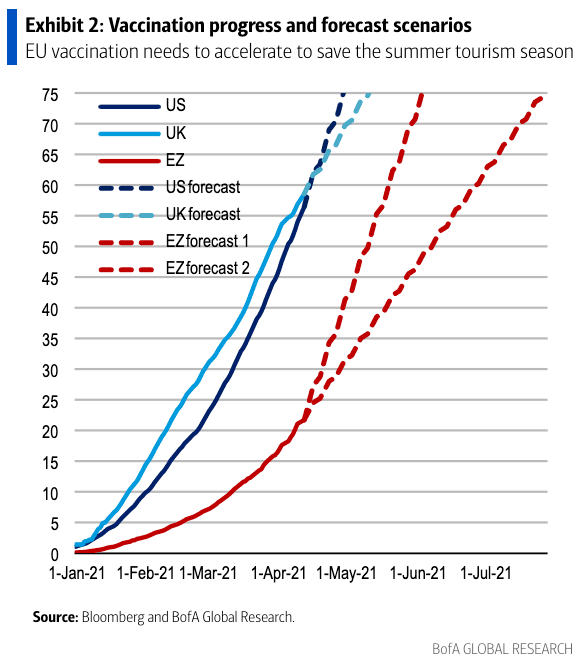 Image courtesy of Bank of America.

The Pound-to-Euro exchange rate (GBP/EUR) fell a sizeable 2.0% in the opening week of April amidst a strong Euro rebound and position squaring on the Pound more generally. The Euro-to-Dollar exchange rate (EUR/USD) has also reflected a rebounding Euro by rising 1.0% in the first week of April and adding a further 0.70% this week.

The emerging bullish Euro thesis was however threatened on Tuesday and Wednesday after the bloc's vaccination programme appeared to suffer a notable setback on news Johnson & Johnson would voluntarily suspend the rollout of their one-dose vaccine, following news of a potential link between the vaccine and blood clots.

The vaccine, developed by Janssen, forms a crucial pillar in the EU's attempt to vaccinate a minimum of 70% of the entire adult population by the end of summer 2021.

The news immediately cast doubt on the ability of the EU's vaccination programme to rebound to the extend that it can materially close the gap with the U.S. and UK.

Vaccination rates matter for currency markets as they offer a sustained route out of lockdowns and a stronger, more robust, economic recovery.

But by midweek over 100 million Covid-19 vaccinations had been given in the EU, a positive development that came mere hours after the new Johnson & Johnson would be voluntarily be suspending the rollout of their one-shot dose.

Germany meanwhile said they were now on target to vaccinate 20% of all adults by the end of April.

Urgent action is needed to contain a third wave of coronavirus in Germany, top health officials have warned as the number of intensive care patients could reach a record high this month.

Vamvakidis warns that for the Euro's uptrend to be sustained the vaccination rate in the EU has to accelerate further, "to save the summer tourist season".

"EU vaccination is twice the March pace, but will have to be triple, or the US pace, to meet official targets for tourism," says Vamvakidis.

The target referred to here is July, which is peak tourism season in the EU.

"This is feasible, but not a given. In addition, vaccination passports, which most countries are resisting so far, would help tourism and the EUR, in our view," says Vamvakidis.

The return of tourists to the EU matters greatly, particularly for Mediterranean-facing countries.

Dr Savvas Savouri at Toscafund says were tourist-laden aircraft not to land in the numbers recorded prior to the covid crisis, "there should be no doubting that an economic blow would land upon Club Med economies".