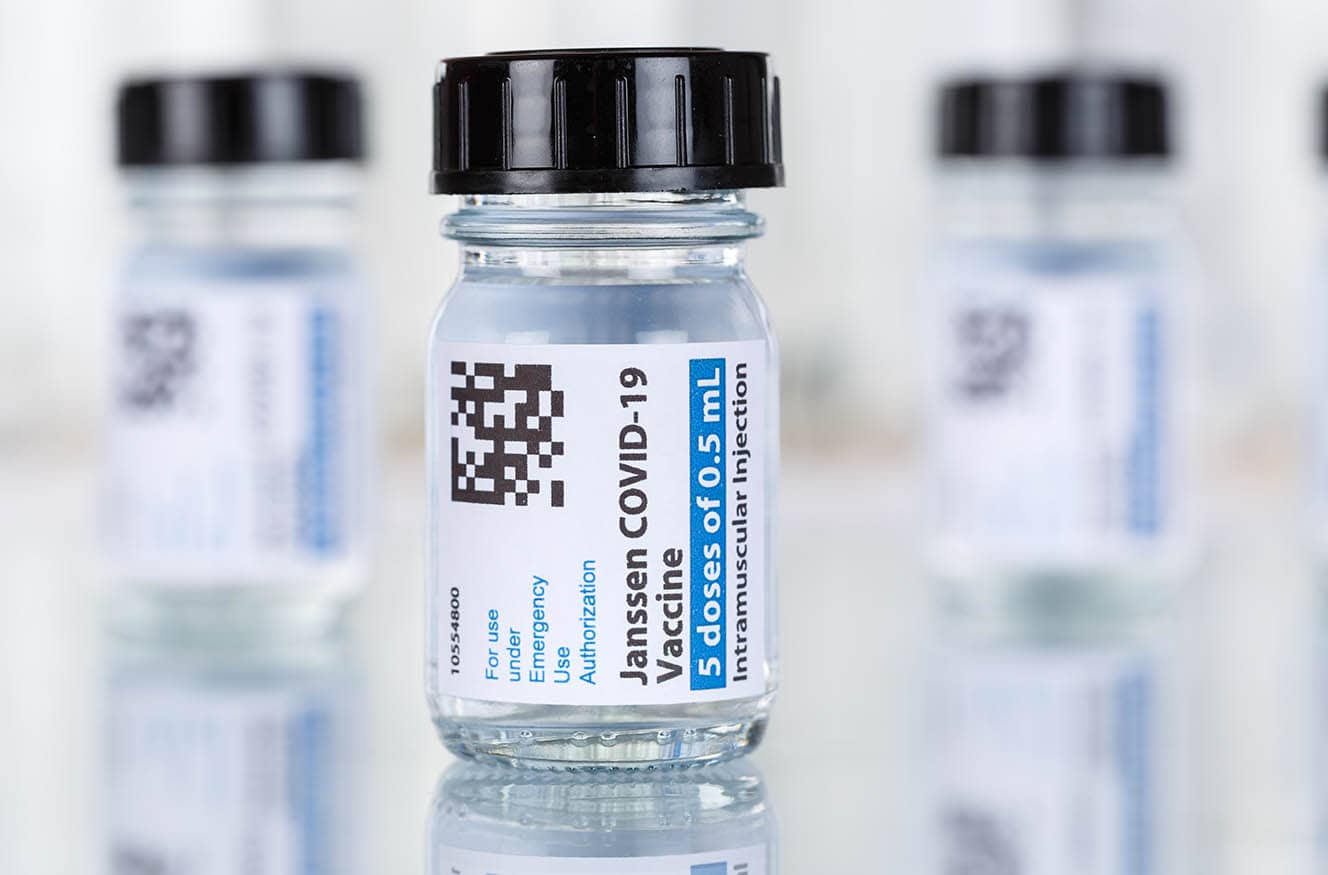 The EU Commission will likely be forced into revising their vaccination targets given the suspension of the Johnson & Johnson-Janssen vaccine, a development that could pose fresh headwinds to the Euro exchange rate complex's recent advance.

Johnson & Johnson (J&J) told the EU on Tuesday April 14 they were voluntarily suspending their vaccination rollout in Europe owing to a link between its vaccine and rare blood clots.

The vaccine, developed by Janssen, forms a crucial pillar in the EU's attempt to vaccinate a minimum of 70% of the entire adult population by the end of summer 2021.

A portion of the Euro's April gains are likely to have come from an easing in investor concerns that the EU was at risk of being left behind in the global vaccination race as supplies ramp up significantly in April.

The Euro has advanced by two-thirds of a percent against the British Pound over the course of the past week and has gone 0.75% higher against the U.S. Dollar.

Without J&J’s one-dose shot, it would take until December to inoculate three-quarters of the EU population, according to Airfinity Ltd. 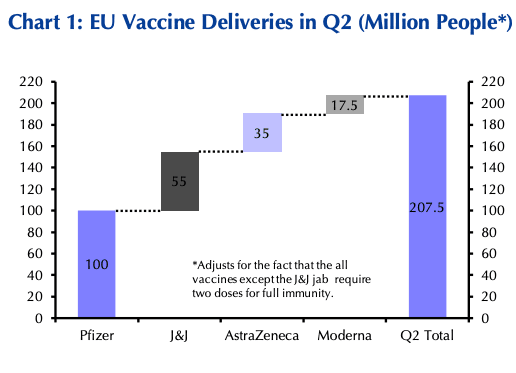 "The delayed start to deliveries of the J&J vaccine is yet another blow to the rollout in continental Europe and on its own could delay things by at least one month compared to a situation in which the recent pace of vaccinations is sustained," says David Oxley, Senior Europe Economist at Capital Economics.

Foreign exchange analysts have said the Euro stands to benefit as the EU vaccination programme accelerates in April, allowing foreign exchange markets to focus on a strong Eurozone recovery in the second half of the year.

"Vaccinations are set to accelerate significantly in April and May, and past experience suggests current lockdowns will lower covid case numbers relatively soon," said Zach Pandl, an economist with Goldman Sachs in the first week of April.

If a link between Euro appreciation and accelerating vaccination rollout exists, it stands that any fresh setbacks to the EU vaccination programme could pose headwinds to Euro exchange rates. 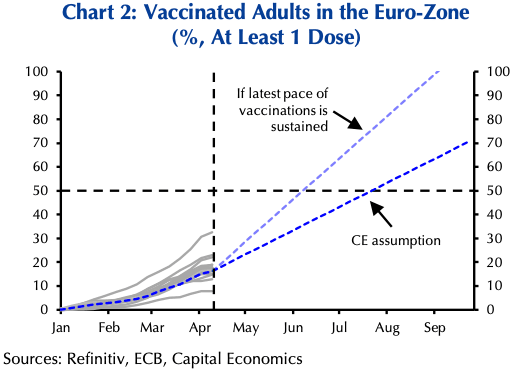 J&J on Tuesday announced they were suspending their vaccine rollout in the EU in the wake of the suspension of the U.S. rollout by U.S. drug authorities.

"How big a deal is this for Europe’s vaccine rollout? It is incredibly unhelpful, to say the least. Just as the pace of vaccinations in Europe was gathering pace, this is the last thing that the rollout needed," says Oxley.

The United States Centers for Disease Control (CDC) and Food and Drug Administration (FDA) said on Tuesday the programme will be suspended as they review data involving six reported U.S. cases out of more than 6.8 million doses administered.

Authorities say they are aware of an extremely rare disorder involving people with blood clots in combination with low platelets in a small number of individuals who have received our COVID-19 vaccine.

As of April 12, more than 6.8 million doses of the J&J vaccine have been administered in the U.S. and there have been six reported cases of a rare and severe type of blood clot in individuals.

All six cases occurred among women between the ages of 18 and 48, and symptoms occurred 6 to 13 days after vaccination.

"Out of an abundance of caution, the CDC and FDA have recommended a pause in the use of our vaccine," said a statement from J&J.

The EU were expecting 360 million vaccine doses in total to be delivered in the second quarter which was tipped to lead to a sizeable scale-up in the region's vaccination programme.

Of these, 55 million doses were due to come from J&J. The weighting of the J&J vaccine in the EU's basket is however heavier than that of other providers given it is a one-dose-and-done vaccine.

Therefore, where 200 million Pfizer vaccines are due for deliver to the EU in the second quarter, technically 100 million would be first doses.

"Assessing the importance of the J&J vaccine is complicated by the fact that it just requires one dose for full effectiveness, rather than two for the other vaccines that have been developed so far. Once you account for this, the 55 million doses of the jab that were scheduled to be delivered in Q2 account for about onequarter of the EU’s “capacity to fully immunise” in Q2," says Oxley.

U.S. economic exceptionalism is meanwhile likely to remain a feature of financial markets for the foreseeable future given the U.S. has confirmed it has enough doses from Pfizer and Moderna to cover its adult population by July.

"The rest of the world has to weigh opening up its economies versus using vaccines with rare side-effects," says Sam Fazeli, an analyst at Bloomberg.

Capital Economics tell their clients they are sticking to their assumption that Eurozone countries will vaccinate 50% of adults by mid-July, which should allow for a substantial easing of restrictions in the third quarter.

"However, any upside risks to this are shrinking fast," says Oxley.