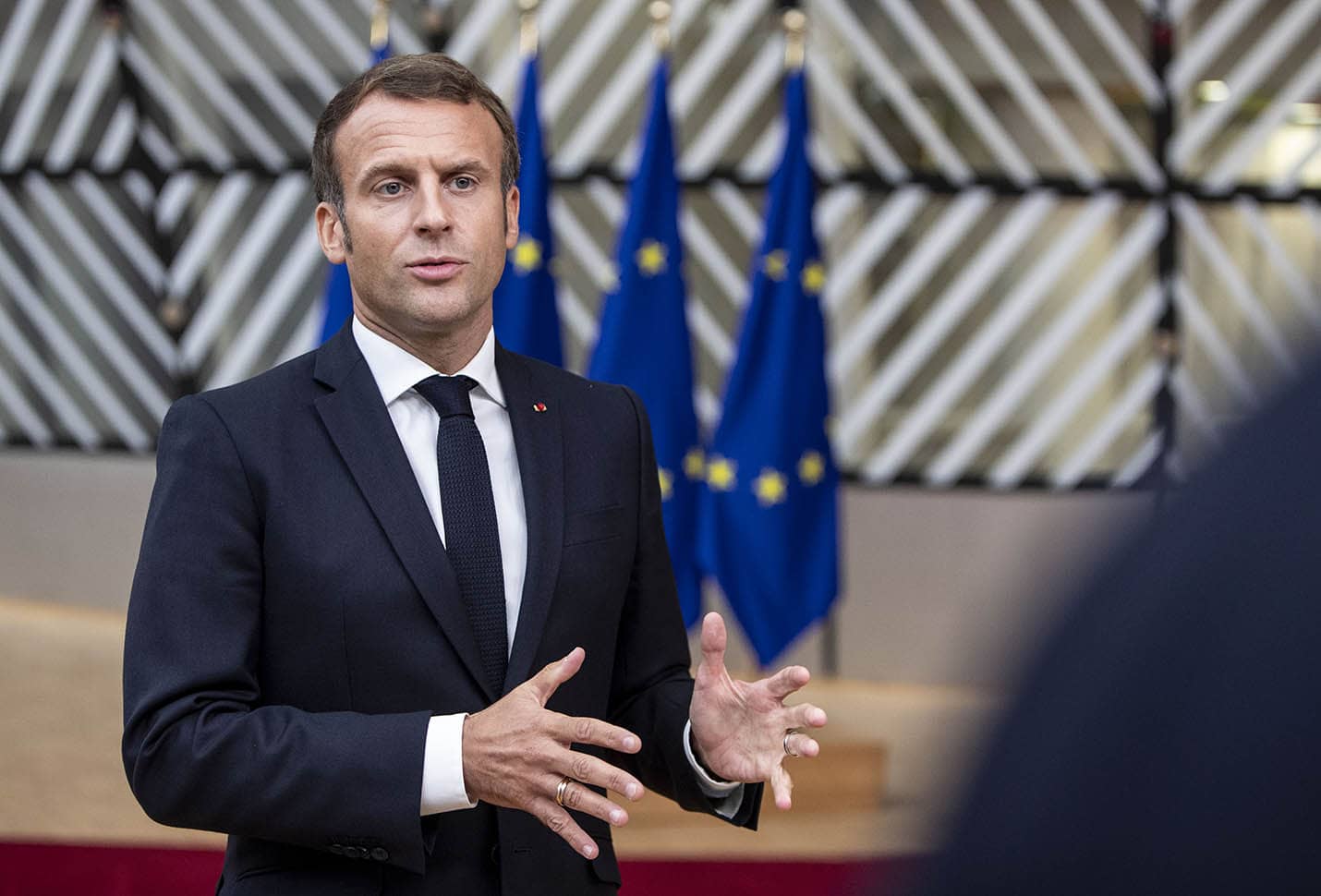 Pound Sterling fell below the key 1.11 pivot point against the Euro in midweek trade after developments that suggested a Brexit deal would only be likely next week, at the earliest.

The Eurozone's single currency was meanwhile a stand-out performer after it broke above the key 1.20 level agaist the dollar over the course of the past 24 hours. The break above 1.20 in EUR/USD amounts to a significant technical development, with the run higher being similar to the flood that follows the collapse of a dam wall.

The strong flows in euro-dollar are therefore exacerbating any Brexit-related weakness seen in pound-euro.

Sterling's weakness is however significant and has a strong element of fear behind it.

Wednesday has delivered a tranche of fresh news - mostly unofficial - regarding the status of trade talks, giving traders reason to take a more guarded approach to Sterling.

The Pound-to-Euro exchange rate went below 1.11 for the first time in three weeks after EU Chief Negotiator Michel Barnier told EU ambassadors in Brussels that "a deal hangs in the balance ... differences still persist on the three main issues".

France's President Emmanuel Macron also said on Wednesday he's keeping a close eye on Brexit trade negotiations and won’t sign up to anything that goes against France’s long term interests. Political commentators say France is looking to maintain as much acccess to UK fisheries as is possible, and there is the potential for the talks to fall apart should France reject any deal they believe to significantly disadvantage their fishermen.

It is reported EU states are pressing Barnier to show them any deal with the UK before it is agreed, amid concerns the bloc’s chief Brexit negotiator may concede too much ground in the final days of negotiation.

"Barnier will be asked to relay the message to the Commission that the member states would like to have prior scrutiny of a possible agreement before closing it. Being in the dark makes people nervous," an EU source told The Guardian. 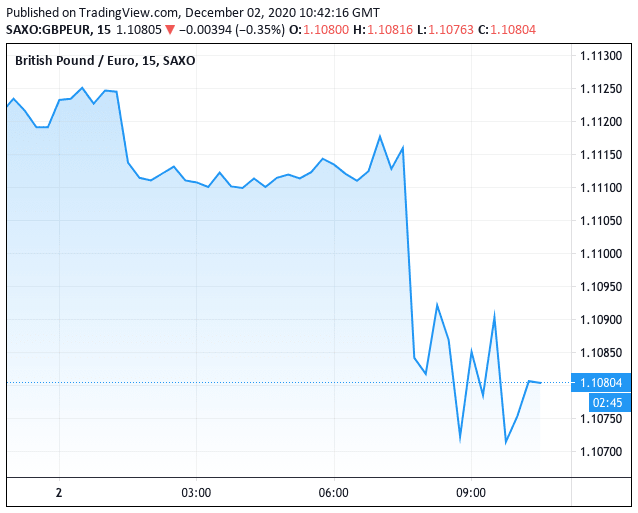 Meanwhile one financial newswire reported that some EU officials were open to extending negotiations into 2021 in recognition of the limited time available within which to complete a deal, a suggestion that was immediately shot down by a UK government spokesperson.

The slew of news reports actually reveal very little has changed, and if anything, a positive can be found in that the two sides remain engaged.

Readers should expect foreign exchange markets to become increasingly volatile as the talks approach their end point and unofficial briefings trigger moves in either direction. A more substantial directional move will only likely come when an official conclusion is reached.

The latest developments ultimately confirm that a deal is unlikely this week and the focus now turns squarely to next week's meeting of EU leaders at the December European Council summit, where it is expected a final decision will be agreed.

"While the UK-EU trade talks have taken longer than originally planned, our economists continue to expect a 'thin' free trade agreement in goods; the EU Council meeting on 10-11 December looks like an achievable goal to see a final agreement, in our view," says Sharon Bell, a strategist with Goldman Sachs in London.

Goldman Sachs say the UK is a "buy" as a deal is likely to unlock pent-up demand and stoke an economic recovery in 2021, that should ultimately benefit Sterling. They are forecasting a rally in the Pound-to-Euro exchange rate to run to 1.15 once a deal is finally reached.

While the observation that talks are unlikely to end this week will disappoint those market participants positioned for a deal in the near-term, the delay is unlikely to be a surprise to most given the knack of EU and UK negotiations to run down to 'the wire'.

Indeed, there is nothing as of yet to suggest talks have hit the wall and failure is likely.

Bloomberg reports on Wednesday that the intensive talks being held in London are making progress, quoting two officials as saying the general mood on both sides is one of optimism.

The report adds UK and EU teams hoping that an agreement can be reached on Friday or over the weekend, with one official saying that while a final picture was beginning to emerge, the situation remains incredibly delicate.

An interesting take on the situation is provided by the Bloomberg report: while we noted earlier in this article that the December 10-11 is seen by many as the moment at which a deal happens, apparently Barnier is keen to avoid such a scenario.

People familiar with the EU position said negotiators are trying to avoid talks running into next week to prevent them having an impact on preparations for the European Council summit. This is likely to be a view shared by the UK which would be at risk of making fresh concessions if EU leaders get involved.

"Not only are European governments occupied with a row over the EU budget, the bloc’s negotiating team, led by Barnier, is concerned that presenting leaders with anything other than a signed-and-sealed deal would leave an agreement vulnerable to being unpicked at the last moment," says the report.

The pound is widely expected by the analyst community to rally on the successful completion of a Brexit deal, even though the scope of that rally remains up for debate.

Some analysts say the pound can only be expected to rally modestly as it will soon become apparent that Brexit poses significant challenges for the UK economy once the UK leaves the bloc in January.

Others are however more confident in Sterling's upside potential, with one economist forecasting a substantial rally in the pound againt the euro and dollar that could see GBP/EUR eventually hit 1.25 and GBP/USD 1.70.