- Johnson to meet EU leaders on side of UN General Assembly

- Euro could be driven by PMIs

Pound Sterling's uptrend against the Euro remains intact from a short-term perspective, after the GBP/EUR exchange rate Prose 0.26% in the previous week.

The pair starts off the new week 1.1331, having pared gains from a multi-month best at 1.1380: the Pound has enjoyed a solid run of six successive weeks of gains against its Eurozone partner.

Despite the solid momentum, our technical studies of the charts indicate that in the near-term there is a chance the pair will go sideways with further upside being conditional on a break above last week’s highs.

The 4 hour chart - used to determine the short-term outlook, which means the coming week or next 5 days - shows the pair in a steady uptrend which has pulled-back after touching tough resistance in the early 1.13s. 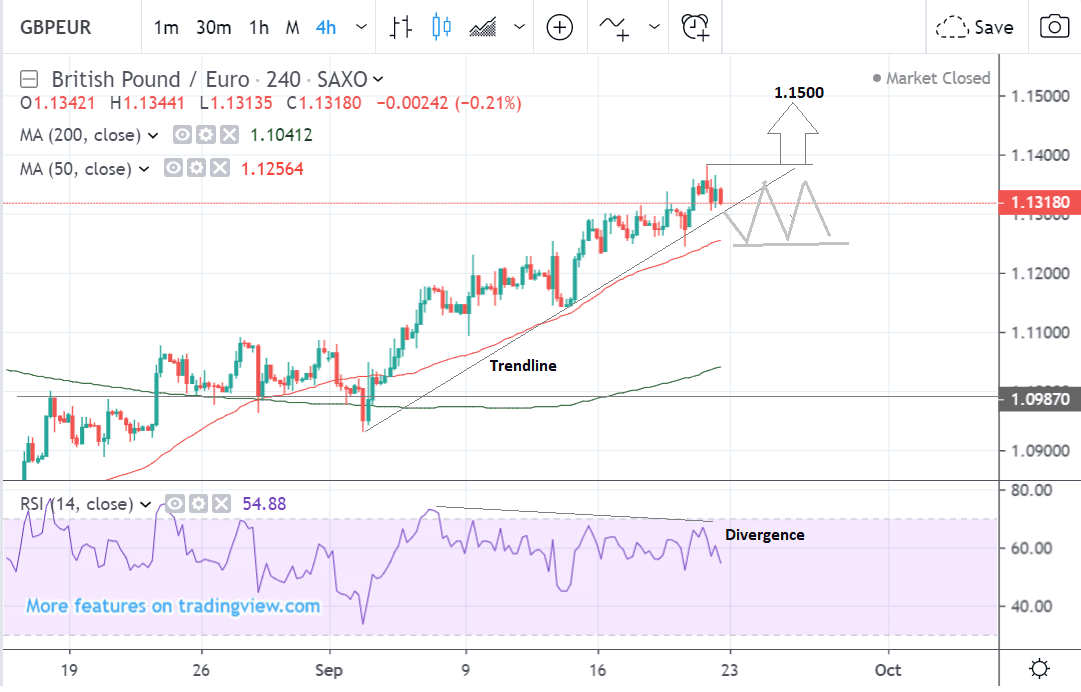 There is an old adage that ‘the trend is your friend’ and this suggests the possibility that the pair could break higher but we would first need confirmation from a move above the 1.1381 highs.

But if the pair fails to break higher it could very well trade in a sideways range instead.

The fact the RSI momentum indicator in the lower pane of the chart has been declining at the same time price has been rising - something known as ‘divergence’ in technical analysis - is evidence the rally may have lost ‘punch’ and the pair could be about to go sideways.

The daily chart meanwhile shows how the pair has risen up to resistance from the 200-day MA at 1.1320 and pulled-back, forming a negative candlestick. 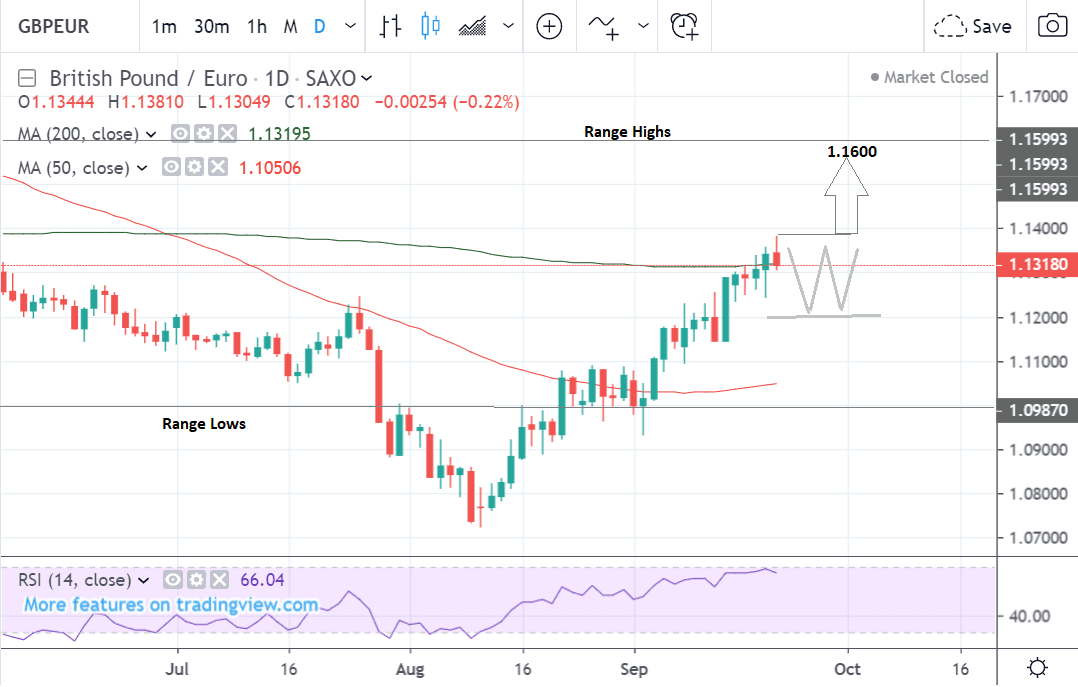 Like the 4hr chart, there is a possibility that the pair could go higher if it can successfully break above the September 20 highs.

Yet the combination of the ceiling provided by the major MA as well as the RSI momentum indicator which is flirting with the overbought zone above 70, suggests evidence of the possibility of a pull-back and the start of a corrective phase.

The weekly chart tells a similar story to the daily only with the 50-week MA acting as the resistance level preventing further upside. 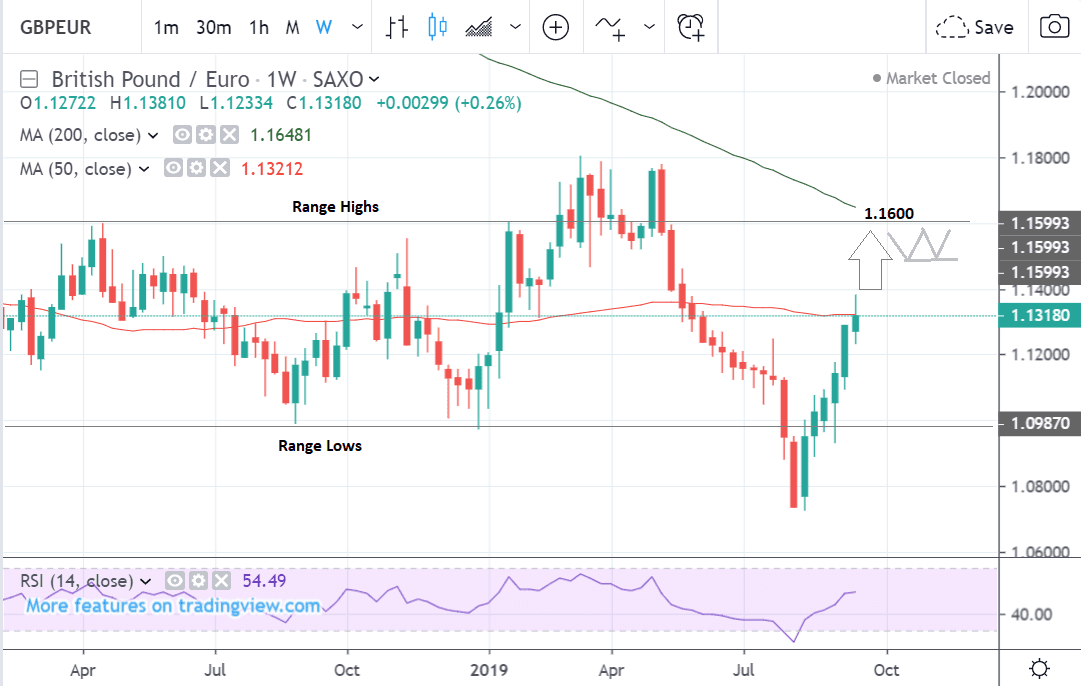 If the pair can break above last week’s highs it could confirm a continuation potentially up to a target at 1.1600 and the top of the long-term range.

The RSI momentum indicator is rising quite steeply, supporting the likelihood of more upside.

The top of the range, however, is likely to present a tough obstacle to more upside and there is an increased chance the pair could pull-back from that level and range-trade for a while.

The Pound: Key Events this Week

The Euro: PMIs in Focus

The main release for the Euro in the week ahead is likely to be PMI activity data for the manufacturing and services sectors of the European economy.

PMIs are surveys of pivotal purchasing managers in companies which are considered good early warning indicators of wider economic growth.

Manufacturing PMI is expected to show a rise to 47.3 in September from 47.0 previously, when data is released at 9.00 BST on Monday.

The composite PMI is expected to remain unchanged at 51.9.