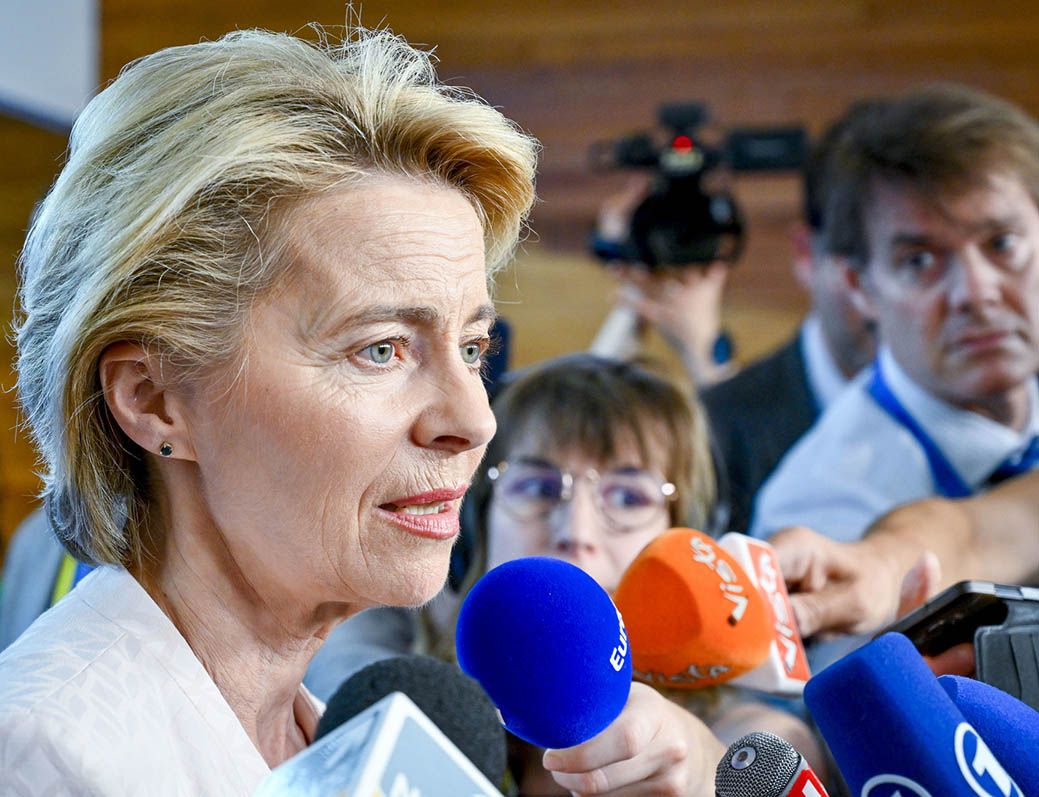 The British Pound is down against the majority of major currencies this week, as a multi-week sell-off extended amidst a combination of political uncertainty and deteriorating economic data. Against the Euro, Sterling is testing the key €1.11 level which, if broken, would open the door to another impulse of selling in the exchange rate.

Sentiment towards Sterling will likely remain poor for the foreseeable future we are told, with markets taking measure of the latest senior appointments to the European Union's main structures and believing they do not bode well for a negotiated Brexit settlement.

Of note, Ursula von der Leyen - the likely next president of the European Commission - has fired an early shot against the bows of the next UK Prime Minister by confirming the contentious Irish backstop will remain in any future Brexit deal.

EU leaders nominated von der Leyen, Germany's defence minister, to take over from Jean-Claude Juncker as head of the European Commission on Tuesday and her approach to Brexit negotiations will be key to whether a new deal can be struck in coming months.

Following her nomination, von der Leyen travelled to Strasbourg, France and the Telegraph reports von der Leyen told colleagues she will not remove the Irish border backstop from the Brexit withdrawal Agreement.

Boris Johnson and Jeremy Hunt, the contenders to replace Theresa May as the next UK Prime Minister, have both committed to renegotiate the Brexit Withdrawal Agreement, and know that removing the Irish border backstop is where any future deal lives or dies.

If triggered, the backstop would lump the UK into a customs union with the EU to prevent a hard border in Ireland after Brexit. There is no time limit to how long this customs union would last and there is no independent mechanism for the UK to exit.

von der Leyen, has therefore been quick to put down a 'line in the sand' on the matter, and gives an early insight as to how the EU will approach the next Prime Minister.

"As is befitting the position she is flag flying Europhile," says Jane Foley, Senior FX Strategist at Rabobank. "The EU has maintained that the Brexit deal agreed with PM May, will not be renegotiated. Despite the contrary hopes of the Tory Party leadership contenders, it would seem unlikely that there will be little movement on this front."

On the current trajectory, it appears deadlock beckons and it is little wonder there is a distinct lack of enthusiasm for the British Pound.

The incoming EC President has in the past called Brexit a "bubble burst of hollow promises" while she has advocated for a more federalist Europe suggesting she will likely push for a more united Europe.

She has also said previously of Brexiteers that, "they promised that the UK will profit from Brexit. The fact is that everybody is losing."

Rabobank's Foley says the nomination of von der Leyen reinforces a view "that the next UK PM will not be able to win concessions from Brussels ahead of the Brexit deadline in October... On the margin this can be seen as promoting the risks of a 'no deal' Brexit and increasing the downside potential of the Pound."

The other key appointment this week is that of Belgian Prime Minister Michel as President of the European Council, the body that manages the meetings and decisions of EU leaders.

On Brexit he has previously remarked that “when you push that Brexit button, there are consequences, there is a bill to pay."

"The EU’s refusal to renegotiate the Brexit deal, the inability of the UK parliament to accept it’s terms and the presence of a Brexiteer in Downing St have together resulted in an increase in the perceived odds of the UK crashing out if the EU without a deal in October," says Foley.

The Pound-to-Euro exchange rate has trended lower since May with analysts now watching to see whether the key 1.11 area will be breached.

This could open the door to yet further losses.

"Given the combination of political and economic risks currently gathering, the level again looks vulnerable on a 1 to 3 month view," warns Foley.

But, Rabobank forecast GBP/EUR to trade at 1.16 in 6 month, based on the view that Brexit will again be delayed and a 'no deal' avoided in October.

Sterling to Rally Substantially on a Deal say Analysts

For Sterling, the stakes of a successful agreement being struck between von der Leyen and the next UK Prime Minister are high.

Friday sees a new poll of institutional analyst forecasts published by Reuters, and the findings confirm there is the potential for substantial upside for the Sterling were the EU and UK to finalise a Brexit deal.

And, if no deal is reached, it won't come as a surprise to readers to hear that they expect further losses in the currency.

"Should Brexit end up with Parliament accepting the withdrawal deal or in a second referendum it will trigger a significant recovery of the GBP," says Richard Falkenhäll, Senior Currency Strategist with SEB. "Should it end up with a hard Brexit or a snap election, the GBP would instead become even weaker."

According to the poll, the GBP/USD exchange rate would slip into a range of 1.17-1.25 in the month after UK's exit.

There are no forecasts for the Pound-Euro exchange rate, but such a lift in GBP/USD would almost certainly raise GBP/EUR towards, or even above 1.20, levels last seen in 2017.