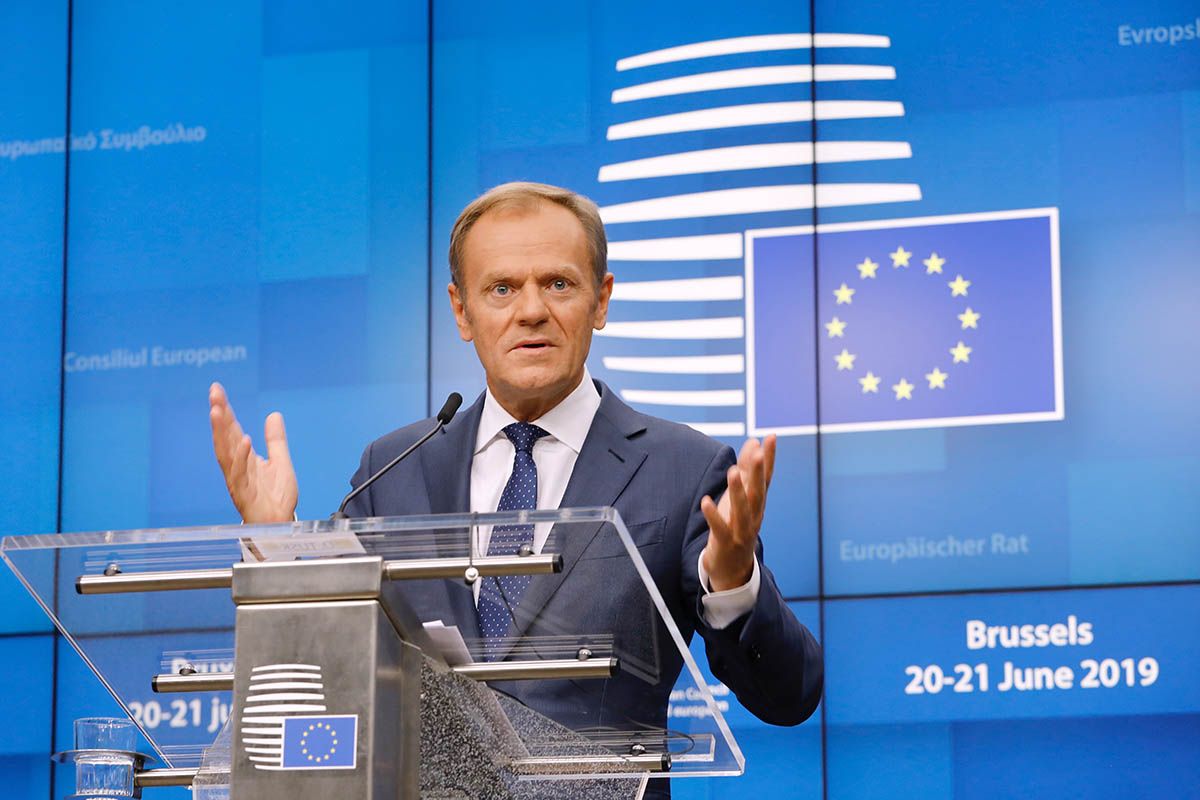 Pound Sterling is under notable selling pressure against the Euro ahead of the weekend, with the GBP/EUR exchange rate being quoted down by over half a percent at 1.1183; the dip looks to be the most sizeable since mid-May.

The falls keep alive a downtrend in the exchange rate that comes amidst ongoing concerns that the UK will leave the EU without a formal deal in place on October 31.

A string of comments on Brexit by senior EU officials is noted on Friday, with European Council President Donald Tusk sending a message to Prime-Minister-in-Waiting Boris Johnson that the EU are not open to renegotiating the Brexit Withdrawal Agreement.

"We want to avoid a disorderly Brexit and establish a future relationship that is as close as possible with the UK, we are open for talks when it comes to the Declaration on the future UK-EU relations if the position of the United Kingdom were to evolve, but the Withdrawal Agreement is not open for renegotiation," Tusk said, speaking after an EU summit.

Johnson says his preferred plan is to renegotiate parts of the Withdrawal Agreement with the EU in order to get it passed through parliament. If he is unable to renegotiate Johnson advocates exiting the EU without a deal, something market commentators say would be disruptive to the UK economy and poses downside threats to Pound Sterling. 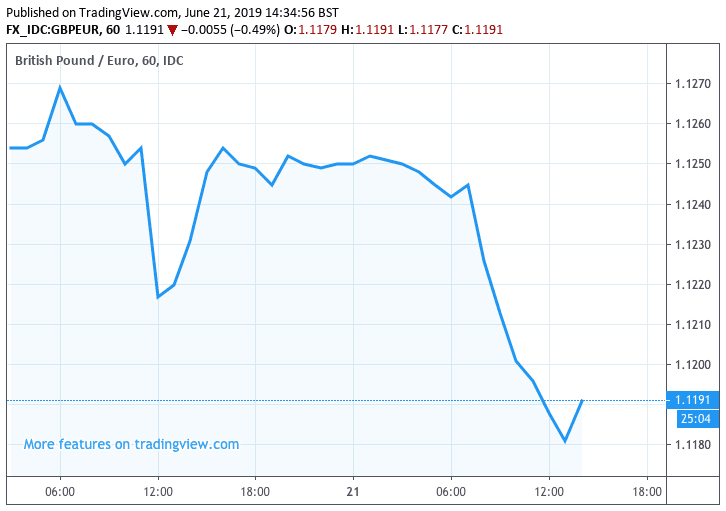 Sensing Johnson will be looking to come back to the negotiating table, a number of EU officials and leaders appear intent on laying down a marker to try and prevent any advances.

Irish Prime Minister Leo Varadkar said on Thursday he believed leaders would only grant Britain a delay to its October 31 exit date in order to hold a general election or a second referendum, which suggests to us that the EU's strategy would be to push the UK into another vote that would result in a more pro-EU political settlement.

Varadkar says the UK would not be granted more time for further negotiations, saying “the time for that has long since passed.”

Varadkar's deputy and Foreign Minister Simon Coveney has meanwhile said Friday Ireland will resist any attempts to change the Withdrawal Agreement's provisions for the Northern Ireland border which is seen as the biggest single roadblock to the Brexit deal's passage through the UK Parliament.

"I do think some of the rhetoric we have heard in the context of the leadership debates in the UK is simply not based on reality - I say that respectfully - these issues cannot be dumbed down into simplistic solutions such as technology will provide all the answers," Coveney told the Irish Times. "We have to respect the British political system, but we have a responsibility to ensure that the commentary in relation to Ireland and Ireland's position on Brexit is based on facts... People are entitled to their opinions, but they are not entitled to their own facts."

German Chancellor Angela Merkel meanwhile told reporters at the just-ended EU summit that in her view the Brexit Withdrawal Agreement is final.

It is clear that the incoming Prime Minister will come up against European leaders who won't be in the mood to resolve the Brexit deadlock. Furthermore, should Johnson try and push through a 'no deal' defections by Conservative MPs opposed to such a process would almost certainly bring the Government down and precipitate a new General Election.
https://www.poundsterlinglive.com/gbp-live-today/11556-pound-to-euro-and-dollar-outlook-election

"For whomever becomes leader, the parliamentary arithmetic, which confounded PM May, remains the same. The one thing that the current Parliament agrees upon is wishing to avoid a no deal outcome," says Jeremy Stretch, a foreign exchange strategist with CIBC. "With the favoured leadership candidate Boris Johnson reportedly happy to countenance a no deal outcome, even if it’s not his preferred choice, its little wonder that markets have been forced to re-price hard exit risks; as a consequence Sterling shorts have been aggressively rebuilt to near five month highs."