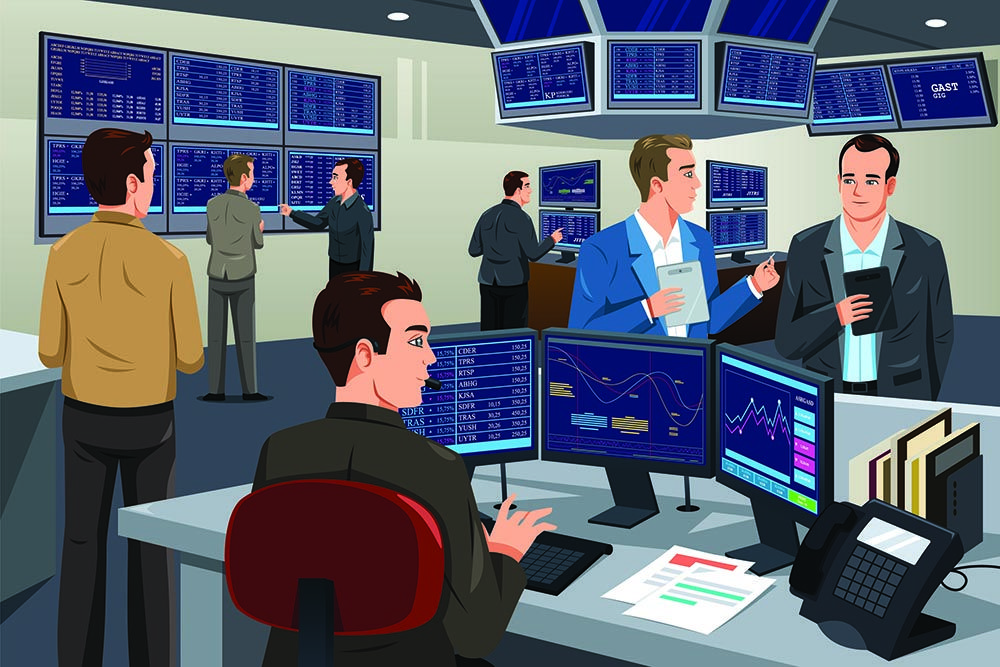 - 2-4% of upside on the crosses potential

- But gains likely to be capped by lingering uncertainty

The world's largest investment bank is backing the British Pound this week saying it is buying Sterling and selling Euros via options amidst signs of progress in Brexit negotiations.

Analysts at J.P. Morgan reckon all indications are the U.K. and the E.U. are closer to an agreement than currently perceived by markets, and economists now think it increasingly likely that a deal will be finalised by the December 13-14 council meeting.

In addition, economists at the bank's Canary Wharf-based European headquarters eye recent news reports indicating a favourable outcome for the U.K. in relation to financial services that mean British banks could get access to the E.U. after Brexit.

"Given these developments, we recommend tactical GBP longs vs. EUR this week," says Meera Chandan, a strategist with J.P. Morgan in London. A 'long' on the Pound is trader talk for buying the Pound and selling the Euro.

The call by J.P. Morgan comes amidst reports U.K. cabinet ministers are told to be at the ready for an unscheduled meeting in coming days in order to be briefed on the shape of the Brexit Withdrawal Agreement the E.U. and U.K. are ready to sign up to.

The BBC's Laura Kuenssberg says ministers were told at a cabinet meeting held on November 06 to "be ready for another Cabinet meeting, maybe even at end of this week, because there might be enough movement by then to push button on a deal."

And, there could be further gains to come.

"We are now moving into the next phase of negotiations which would be somewhat GBP-positive in the near term, we expect 2-4% of upside on the crosses," says Chandan.

The J.P. Morgan trade was recommended ahead of the week and would therefore technically be in the money at the mid-week point.

The trade is however done through options in order to account for expectations for volatility, "given that headline risk around getting the agreement passed in the Parliament will be high in the coming weeks," says Chandan. 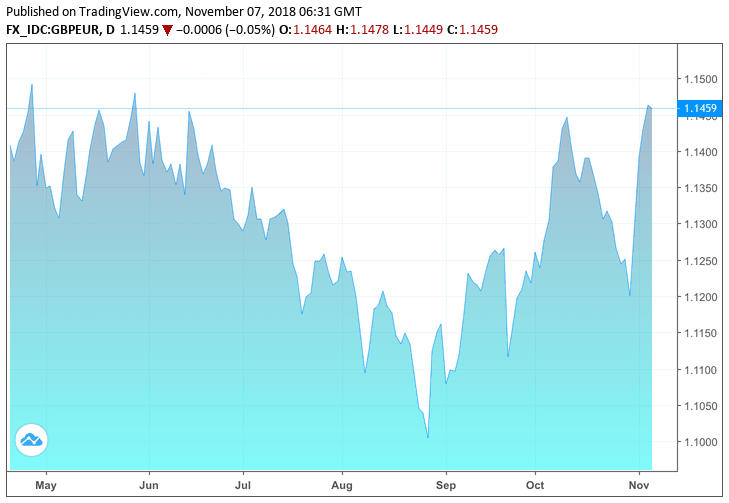 The 2-4% gains forecast by Chandan, in the event of a Brexit deal being secured, is acknowledged as being relatively tame but this is justified as analysts expect "upside will likely be capped by multiple factors."

These include expectations that the path to securing Parliamentary support will likely be tenuous with J.P. Morgan expecting multiple attempts being made.

Economists note that even though the news on financial services is positive, "the devil will be in the details that will only be known subsequently."

Also capping Sterling's advance is the argument that new trade agreements still need to be reached which "will be a multi-year process leaving the Brexit-related uncertainty overhang intact and thus limiting substantial GBP upside."

To see where J.P. Morgan are forecasting GBP/EUR on 3, 6 and 12 month timeframes, as well as the consensus forecasts of over 50 investment banks, please download the latest consensus forecast PDF from Horizon Currency.

While the move higher in the GBP/USD exchange rate has a firmer GBP to thank, the mover lower in the Dollar following the U.S. mid-terms cannot be discounted.

The Dollar was forced onto its back foot Wednesday after opposition Democrats captured the House of Representatives in the U.S. midterm elections.

Democratic Party candidates secured 219 of the 435 seats in the House of Representatives, up from 194 and leaving them with a majority in the lower chamber. Republicans won only 193 seats, down from 241.

This is significant for the Dollar because a split Congress will slow the legislative process and make  it more difficult for further fiscal stimulus, like tax cuts or spending bills, to get through Washington.

President Donald Trump's tax cuts were instrumental in firing up the economy this year and it was U.S. economic outperformance that made the Dollar resurgent in the first place.

"The loss of the fiscal stimulus option will probably see greater incentive in Washington to talk the Dollar lower – either indirectly through pressure on the Federal Reserve or perhaps more direct references to FX, we suspect we could see some further modest Dollar declines," says Chris Turner, a foreign exchange strategist with ING Bank N.V.