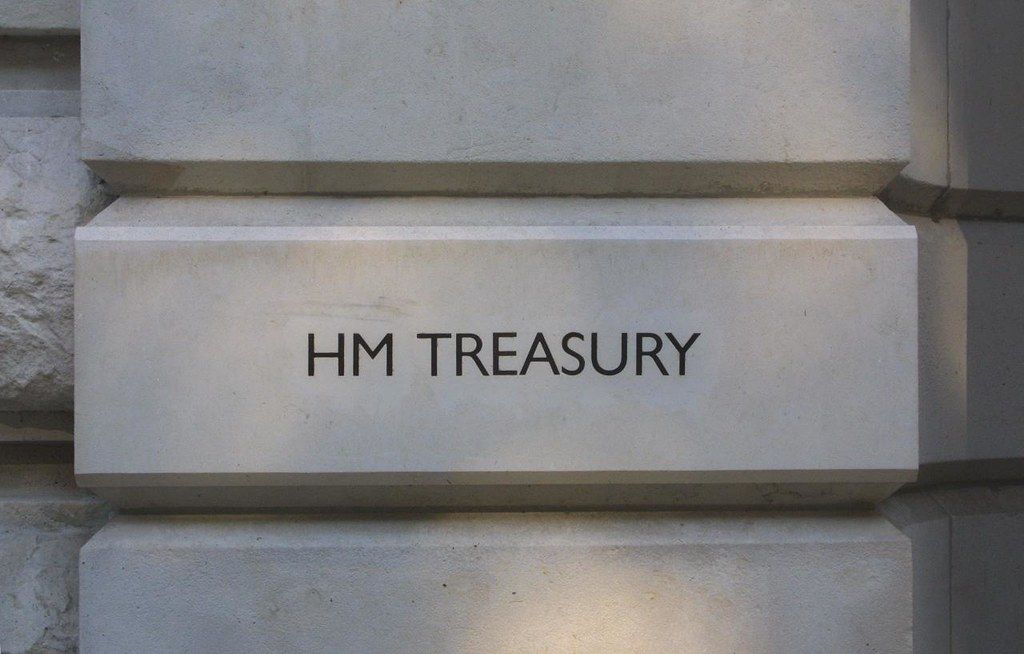 The government has began to publish weekly discloures of how much it spends to save jobs in the economy through its furlough scheme, which has paid up to 80% of the wages and salaries of private firms, many of which have either been forced to shut or have suffered revenue losses due to the national shutdown favoured as a means of containing the coronavirus.

UK residents neared the end of their second month of 'porridge' under 'lockdown,' or quarantine, Thursday and at great cost to the economy, labour market and HM Treasury alike. The national shut-in is also an economic shut-in that's unsustainable in any and all cases, but especially so without the government backstopping the jobs and wages that underpin everything.

The cost of Chancellor Rishi Sunak's unprecedented, but ultimately necessary cheques is significant at £21.6 billion each time that pay-day comes along, if the furlough for limited company employees is combined with the equivalent scheme for the self-employed. The UK had a nominal gross domestic product of £2.18 trillion in 2019, according to the Office for National Statistics (ONS), so Sunak is spending 1% of GDP each time while likely adding an equivalent amount to the national debt and debt-to-gdp ratio. 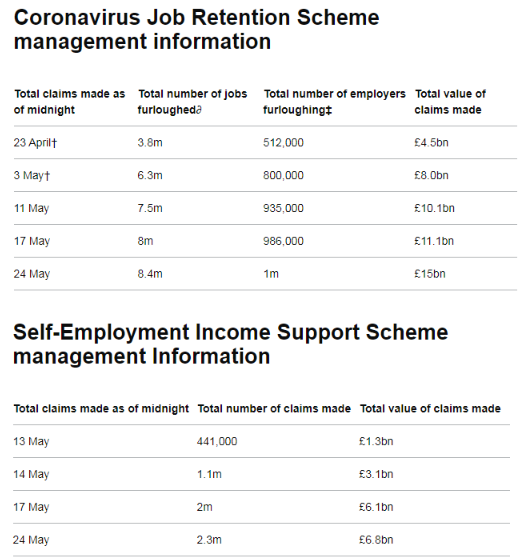 "The government's furlough scheme has prevented the UK economy from being engulfed by a tsunami-like first wave of unemployment. But a second wave will probably come once the reduction in the generosity of the scheme in August forces businesses to decide if they want to keep their employees. That's one reason why the economic recovery from the coronavirus crisis will probably disappoint," says Paul Dales, chief UK economist at Capital Economics.

This is equivalent to just more than a third of the £62.1bn the government was revealed to have borrowed during the April month alone, which was a record amount equal to more than 3% of GDP which would quickly add up to some 36% of GDP if sustained over the course of a calendar year. That's more than three times the budget deficit seen in the darkest days that followed the financial crisis and is on a par with the spending seen only during global conflict.

These huge costs explain the government's keenness to reopen the economy, its decision to restrict new entrants to the furlough scheme and also the plan to reduce the portion of wages that it pays from August onward. However, HM Treasury is caught between a rock and a hard place because closing or otherwise curtailing the scheme too early could drive the unemployment rate even higher than the double-digit percentages it's still expected to reach even with such generous support for firms.

"Public sector borrowing surged to a record high in April and is on course to hit 15% of GDP this year. We look for still-high borrowing of 7% in 2020/21, due to high unemployment and spending pressures," says Samuel Tombs, chief UK economist at Pantheon Macroeconomics. "Neither the borrowing nor net debt numbers include any estimate of the potential cost of the Treasury's purchases of commercial paper, because these are deemed to be liquid assets. Similarly, the cost to the Exchequer of loan guarantees to SMEs will crystallise only when some of these credit lines turn bad." 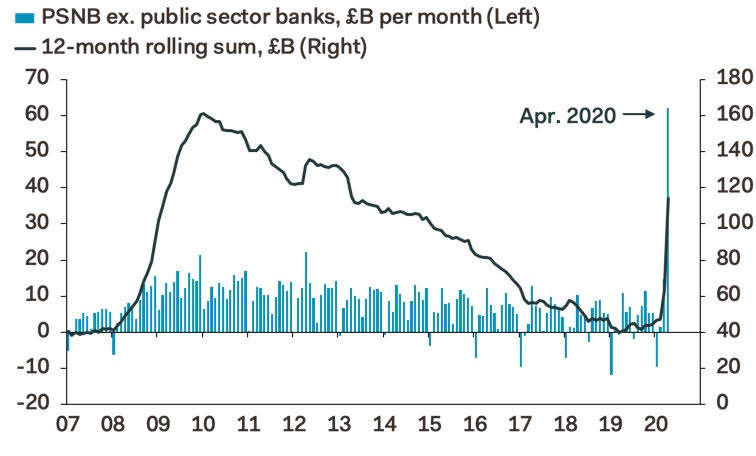