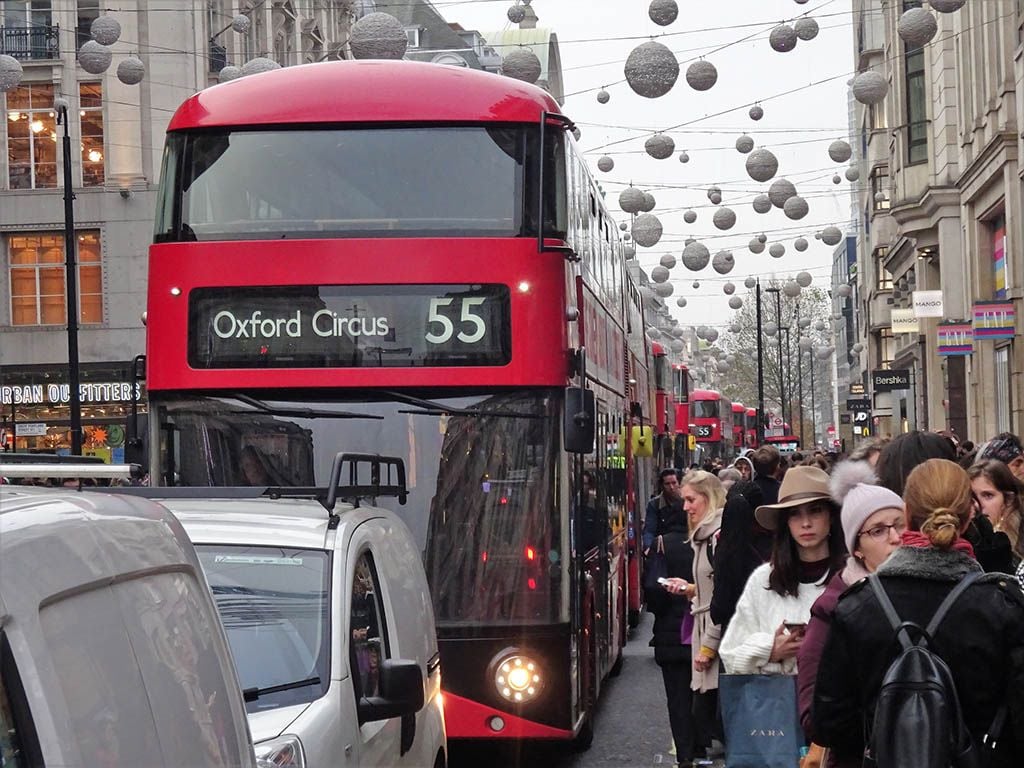 The UK's annual rate of inflation growth stood at 2.0% in June, unchanged on the previous month and where economists expected it to be.

This number will please policy-makers at the Bank of England who are tasked with targeting an inflation rate of 2.0% and it therefore suggests there is little reason to expect an imminent rise in interest rates.

A decline in energy prices appears to have provided a downward force on this month's data owing to a decline in petrol prices during June, compared to a 2.2% increase at the same time last year.

The core CPI reading - which strips out variables such as fuel price changes - read at 1.8%, up marginally on the previous month's 1.7%, but in line with economist expectations.

"There was still little sign of rising underlying inflationary pressures despite the continued strength of pay growth in May. While core inflation ticked up from 1.7% in May to 1.8% in June that merely reversed the previous month’s fall," says Andrew Wishart, UK Economist with Capital Economics.

If we look at the additional details of today's price data from the ONS we see that the month-on-month inflation rate stood at 0% in June, down on the previous month's 0.3% growth.

Furthermore, if we take a step back and look at the trends in inflation, we can see that it is solidifying around the 2.0% marker having cooled from the 3.0% market registered in 2017: 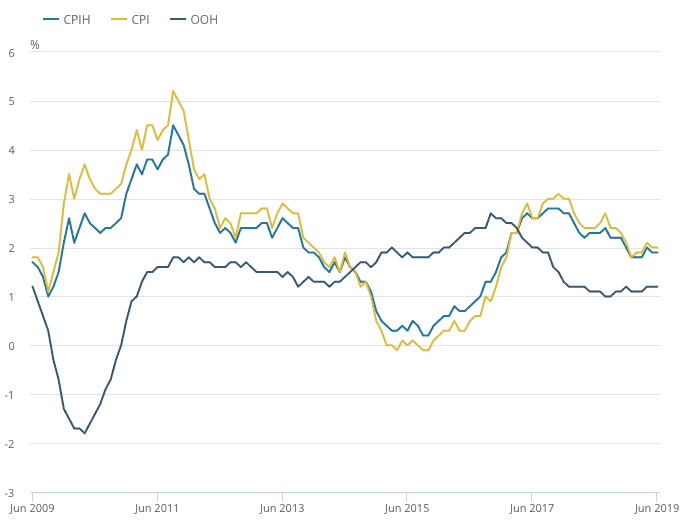 Therefore, the Bank of England could, if anything, feel a little more confident that they can cut interest rates should they wish.

The general rule-of-thumb is that a currency tends to fall when its issuing central bank cuts, or signals it intends to cut, interest rates. Bank of England Governor Mark Carney earlier this month attracted attention when he told an audience in Bournemouth that the risks to the UK and global economy were now tilted to the downside. This, and other comments from his address, convinced markets the Bank was potentially setting them up for a potential interest rate cut.

Should inflation trend lower over coming months this expectation could grow.

But, Samuel Tombs, UK Economist with Pantheon Macroeconomics says the data suggests the Bank of England will in fact keep interest rates unchanged at current levels.

"Few surprises in today's UK CPI inflation report: steady at 2% in June. It still looks set to fall below-target in H2, in response to lower energy prices. But the MPC is unlikely to ease when the weaker Sterling and recent pick-up in wage growth point to above-target inflation further ahead," says Tombs.

"While the UK consumer price inflation backdrop appears relatively benign, the fact that wage growth is holding up suggests it's too early to be thinking about rate cuts. But the increasing uncertainty surrounding Brexit suggests policy tightening is equally unlikely this year," says James Smith, Developed Markets Economist with ING.

It was reported on Tuesday by the ONS that UK wage growth had reached levels not seen since before the 2008 financial crisis as a trend of steady pay increases extended, and there is a sense that this will continue to provide a positive contribution to inflation trends.

Concerning the outlook for inflation, analysts are of the opinion that falling energy prices should see inflation levels continue to edge lower towards year-end.

"A fall in energy price inflation (and a reduction in Ofgem’s energy price cap in October) should take 0.3ppts off inflation over the second half of the year. That’s why the consensus is for CPI inflation to fall to 1.8% by year-end. Conversely, we think the fall in energy inflation will be offset by strong pay growth gradually pushing up services inflation," says Capital Economics' Wishart.

ING's Smith says the Bank of England will keep a close eye on wage growth, "which has continued to perform well as skill shortages in certain sectors put upward pressure on pay" which has as much to do with structural factors as it does cyclical, "and for now, we expect the positive wage growth story to persist".