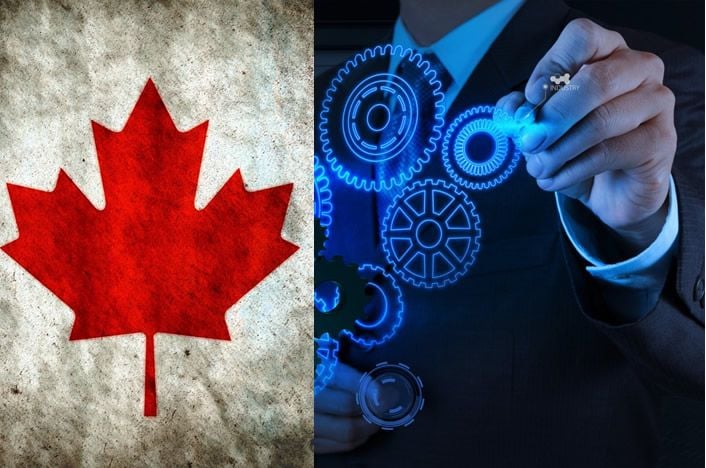 Oil prices could be losing their grip on the Canadian dollar say CIBC Markets in their latest assessment of the currency.

If you want to trade oil by any other means then the Canadian dollar is often taken as the proxy of choice.

USD/CAD in particular, tightly mimicked the ups and downs of the commodity, due to oil being by far the largest export of Canada to the US.

Over the last ten years the correlation averaged a pretty reliable 78%.

Now, however, there are signs the close relationship may be breaking down.

A recent note from CIBC Markets argues that the recent recovery in oil was not reflected as closely in a commensurate rise in the loonie.

“The loonie’s flight hasn’t been as high as we would have assumed based on the move in WTI. Given traditional ties with oil, a roughly 2.5% appreciation would have been expected—similar to the move seen in the similarly oil-driven NOK during the same period."

However, the actual appreciation has only been around half of that.”

CIBC put the “desensitisation” down to, “the view that BoC monetary policy won’t be altered by movements in WTI within a certain range.”

They compare the newfound lack of sensitivity to the Norwegian Krone, which still correlates closely to oil. 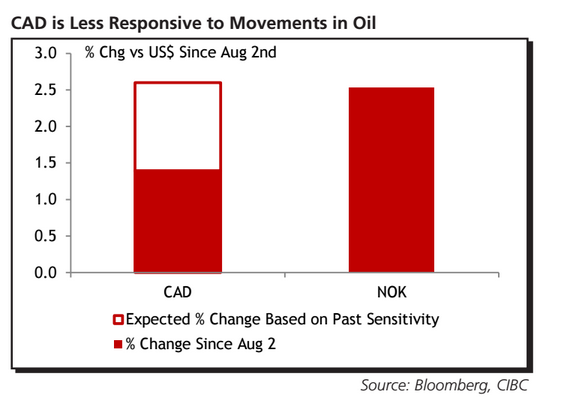 So whilst oil remains range-bound in its current $40-50 corridor the shorter term movements within that range are unlikely to alter inflation expectations sufficiently to alter the outlook for monetary policy and therefore the loonie’s value – period.

CIBC point out that rather than the causal link being between the actual commodity and the currency, it is actually between interest rate differentials and the currency.

“Changes in interest rate spreads from increases in US rates, as the Fed once again gets closer to a hike, will do most of the work in pushing the C$ weaker in the coming months,” the note concludes.

All Eyes On Next OPEC Moot

While the relationship between oil and CAD may be slipping, there does nevertheless remain a relationship.

Therefore the question of supply of oil to the market will remain a key consideration for the currency.

September will be key in this regard as between the 26th and 28th the 14-member fellowship of oil exporting nations who unite under the banner of OPEC come once again together to discuss how to manipulate their shared interest.

Markets are already getting wildly excited about the possible outcome, as a production freeze has been dangled pre-emptively, and Iran – the black sheep of the group - reluctantly agreed to come along and possibly agree to a production freeze too, albeit at pre-embargo levels.

Oil analysts see this as the start of a period of strength for the commodity into the second half of 2016 as production rebalances, due to increased demand from emerging markets such as India – however, whether this will be able to replace the slow down-turn in Chinese demand is not yet clear.

Barclays have told clients they are maintaining a target for WTI rise to $49 by end of Q4 and $56 bucks a barrel by end of 2017.

“Oil markets continue to tighten, gas has good momentum into next year, and cash flows are up. The healing process is underway. With oil inventories now in decline, the oil price should soon break its recent trading range to the upside,” say Barclays in a note to clients.