The Canadian Dollar outperformed on Thursday alongside other commodity and risk-sensitive currencies even after Bank of Canada Governor Tiff Macklem warned of risks to Canada’s economic recovery and reaffirmed the BoC's commitment to an extended period of near-zero interest rates.

BoC Governor Macklem told the Global Risk Institute in Toronto that the coming months will see the resilience of households, the economy and financial system tested as payment holidays on mortgages and other loans come to an end and the coronavirus pandemic rages on.

“The longer the pandemic threatens jobs and incomes, the greater the risk of trouble for households with a lot of debt,” Macklem said. “Household, corporate and government debt arising from the necessary measures to get through the crisis today will affect how vulnerable the financial system is in the future.”

Macklem says the BoC will “keep a close eye on how this evolves” but didn't contradict its pledge to leave the cash rate at 0.25% until “economic slack has been absorbed so that the 2 percent inflation target is sustainably achieved."

“That statement should reinforce the view that the Bank of Canada will keep their administered rate pinned down for the next few years, even if that policy contributes to increasing vulnerabilities,” says Royce Mendes, an economist at CIBC Capital Markets, citing Macklem's references to other policy tools. "The Bank would look to other policymakers to contain any growing risks, given that raising rates prematurely would also stunt the recovery."

Instead of lifting borrowing costs to deter lending to those who can ill afford more debt, Macklem says the BoC would fall back on so-called macroprudential measures. These often come in the form of limits on how much commercial banks can lend to consumers, households and mortgage borrowers or other rules that either outright prohibit or simply impose penalties for high risk lending. 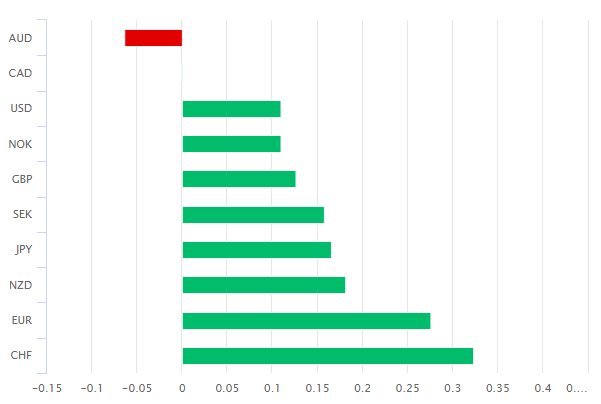 Economists have long harboured fears about rising household debt levels and frequently cited them before the pandemic as reasons for why the BoC would be reluctant to cut its cash rate below the 1.75% that prevailed in January before the coronavirus is thought to have escaped from China.

Policymakers themselves have also frequently spoken of concern about debt level and even sought to head off further increases, although for the Canadian Dollar what matters most in Thursday’s address is the continued commitment to keeping interest rates pinned to the floor.

Canadian government bond yields already pay the highest of any major developed world or G10 country for two-year lending, while being competitive at 10-years as well as on other maturities, even with the BoC’s commitment to keep the cash rate pinned to the floor. Central bank influence over bond yields is strongest at the shorter-end of the maturity spectrum.

“Traders are now digesting some slightly weaker than expected US weekly jobless claims data (mild USD positive) and some familiar comments from the Bank of Canada’s Tiff Macklem at the Global Risk Institute conference (CAD neutral). The Fed’s Rosengren, Kaplan, Bostic and Barkin will all be speaking this afternoon. Canada will release its official Employment Report for September tomorrow,” says Eric Bregar, head of FX strategy at Exchange Bank of Canada.

Neglecting the near-zero rate commitment or otherwise fostering doubt about it would’ve risked encouraging a strengthening of the Canadian Dollar, which could further reduce the inflation the BoC is charged with cultivating.

That might ultimately have necessitated an even more protracted period of zero interest rates and also, a further build up of already high household debt levels if the BoC is right in thinking that there is a causal relationship between interest costs and household demand for borrowing. 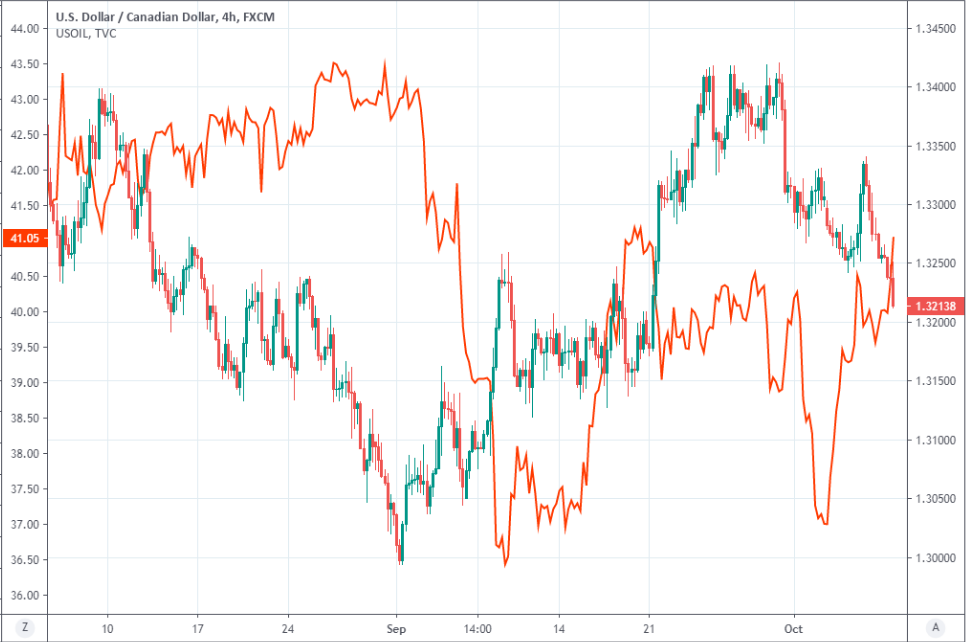 Macklem’s continued commitment to keeping rates low could last until after Canadian employment has returned to pre-pandemic levels but in any case, wasn’t enough to prevent the Canadian Dollar from advancing on all major rivals with the exception of the Australian Dollar on Thursday.

“We do not expect much response from the currency, especially given that the risks are not localized in just Canada alone,” says Bipan Rai, CIBC’s North American head of FX strategy. “We will watch to see if USD/CAD can break below the 50D MA (1.3236) over the coming session.”

Stocks and commodities advanced despite higher-than-expected U.S. welfare claims for the week ending October 03, but amid reports detailing continued attempts in Washington to agree a financial support package for U.S. households and some businesses ahead of the November 03 election.

USD/CAD was down through a key support level flagged by CIBC’s Rai, indicating that further Canadian Dollar gains might be ahead, while GBP/CAD was one of only three major Sterling exchange rates to decline for the session.

The Pound fell only against commodity currencies Thursday, also including the Australian Dollar and Norwegian Krone. 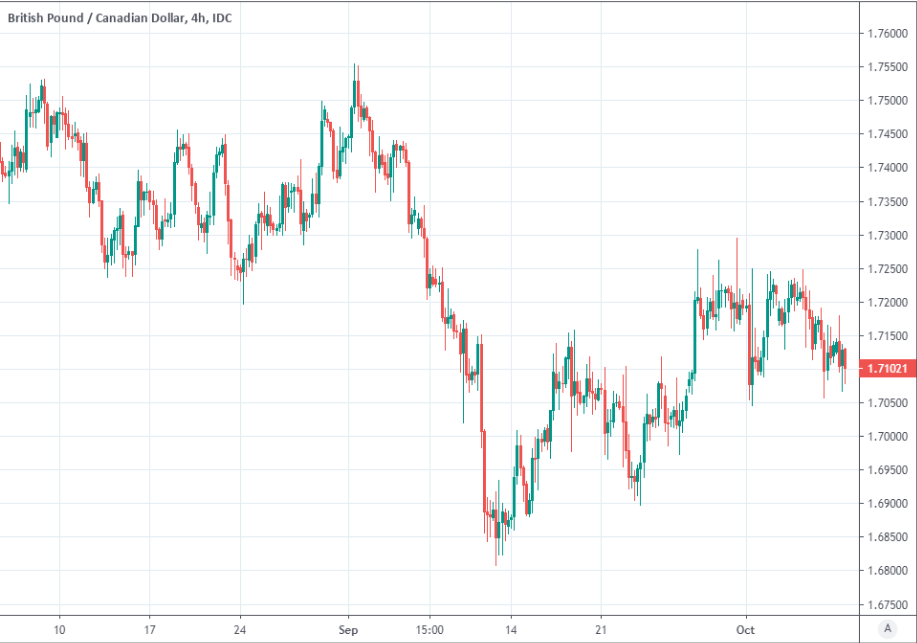