All eyes on the Canadian Dollar today as the Bank of Canada (BoC) give their latest policy decision, due at 15:00 BST.

The BoC are widely expected to keep the basic interest rate unchanged at 0.25% and they are not expected to expand their quantitative easing programme, known as Large Scale Asset Purchases (LSAP).

At its last meeting, the BoC said that the current target for the overnight rate, 0.25%, is the "effective lower bound." Instead of cutting rates further, it announced three additional programmes to add liquidity to the markets.

"At this meeting, a cut in rates is clearly off the table, nor do I expect them to add any more programmes. On the contrary, given that conditions are evolving in line with the Bank’s less pessimistic scenario (see graph from the April Monetary Policy Report), they may announce that they are going to scale back some of the less-utilised programmes," says Marshall Gittler, Head of Investment Research at BDSwiss Group.

Such an outcome could aid the Canadian Dollar higher, however Gittler says the BoC will be wary of allowing the proverbial horse to bolt from the stable.

Strategists at TD Securities are expecting the BoC to strike a neutral tone that is "cautious but (slightly) constructive" that sees interest rates and the LSAP unchanged.

They attach a 60% likelihood of such a scenario, which will ultimately leave the Canadian Dollar flat on the day.

However, there is a 30% probability attached to an "upbeat/hawkish" address by TD Securities, that sees the BoC signal "signs of progress".

Under an upbeat scenario, TD Securities say the interest rate and LSAP remain unchanged but the BoC signals intent to unwind less utilised programmes as market functioning has improved.

Under a hawkish scenario the BoC would concede there remains considerable uncertainty surrounding the outlook but appears to be evolving in line with their less pessimistic scenario from April, helped by fiscal policy and pent-up demand.

Under such an outcome the Canadian Dollar would potentially rally 0.25%.

A "downbeat/dovish" scenario has a 10% probability attached by TD Securities, and would see the BoC keep settings unchanged but signal the crisis is "not over yet".

Under such a scenario the BoC would signal that the outlook remains subject to extreme uncertainty (global and local), with COVID disrupting supply chains and it remains too early to say whether we are on less pessimistic path, or to provide forecasts.

The Canadian Dollar would likely fall 0.60% under such an outcome says TD Securities.

"GBP/CAD is attempting to stabilise," says Shaun Osborne, technical analyst at Scotiabank. "At the moment, the daily and weekly charts retain a soft undertone after four consecutive lower weekly closes. But there are signs that the GBP is attempting to steady, with GBPCAD edging back up to the 200-day MA".

Osborne says short term price patterns suggest a minor low/reversal may be developing around the 1.70/1.71 area and more gains may develop if the GBP can push through 1.7110.

Concerning the technical outlook for the USD/CAD Osborne says, "USD/CAD is weakening a little more decisively having secured the weekly close below the
1.3850 that we thought would be needed to strengthen the case for an extended decline in the USD." 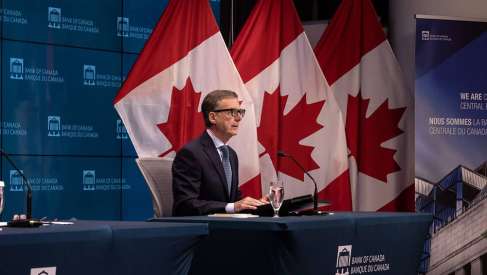 The Bank of Canada raised its base interest rate 25 basis points to 4.5% and said it was now time to pause the rate hiking cycle to assess its impact on the economy. 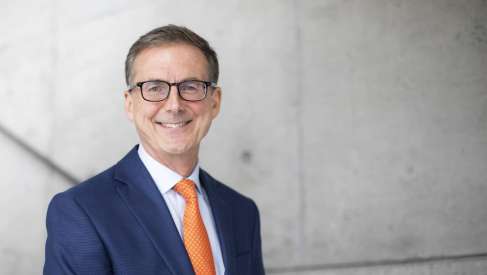 CAD to benefit on 25bp hike says Barclays but NBC warns this will "break the camel's back".