- Sterling firmly focussed on EU summit towards end of week

The Pound-to-Australian Dollar exchange rate trades at 1.7818 at the start of the new week, largely unchanged on the previous week's close.

The exchange rate suffered a sharp decline on Friday, June 22 after a broad-based US Dollar and improved global sentiment which in turn helped the Australian Dollar rise across the board. Cross-pairs such as GBP/AUD were affected, Sterling bought A$ 1.7944 at the start of the day, but closed out buying A$1.7818.

That being said, the Pound retains a good gain on the Aussie Dollar for the month of June having enjoyed 10 days of rises out of 15 trading days: short-term momentum rests with Sterling and therefore on a purely momentum-focussed technical assessment we would have to favour the Pound over the Aussie this week.

The preferred scenario being communicated by Trading Central - an independent technical analysis house - is that a technical rebound in GBP/AUD should extend "towards 1.7901 before a new drop."

This assessment therefore suggests to us that those watching this exchange rate should be cautious as Trading Central do appear to be eyeing a broader medium-term downtrend when making their calls.

As can be seen in the below, the trend heading into June was one of Sterling strength and the estimation of Trading Central is there remains a good possibility this more dominant trend might reassert. 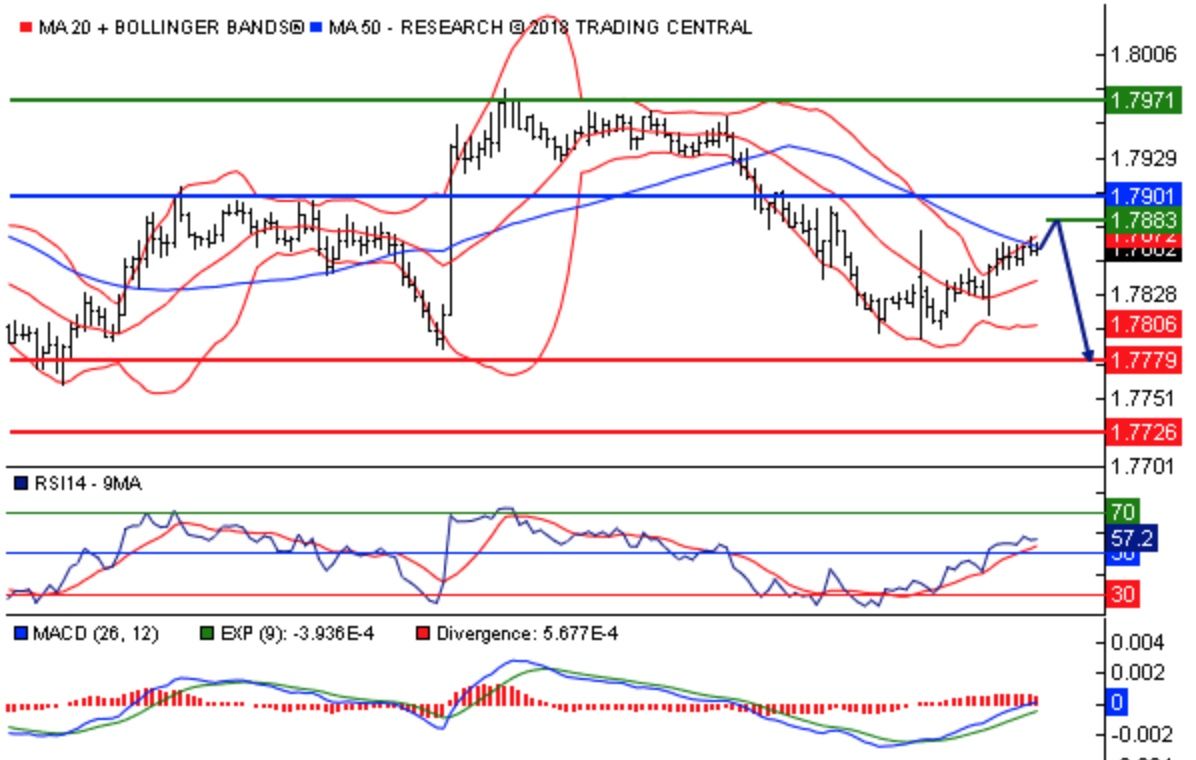 For the Aussie Dollar there is little of consequence on the domestic economic calendar; therefore market focus will be on broader trends and global investor sentiment.

"The AUD continued to recover from recent lows but we expect the challenging global backdrop to continue to weigh over the medium term," says Charelle Murphy with ANZ in Sydney.

"The US Treasury department reportedly is planning to subject Chinese investments in sensitive US industries to greater scrutiny under a law that would declare these investments to be a threat to economic and national security. The ruling would threaten China’s “Made in China 2025” drive and could therefore lead to an all-out trade war. The news sent AUD lower," says Marshall Gittler, an analyst with ACLS Global.

The Pound's Week Ahead: EU Summit

Brexit is front and centre for Sterling in the coming week with the European Council set to meet on June 28-29. Brexit will be discussed on Friday, June 29 from 08:00 B.S.T onwards, so look for headlines concerning the matter to be delivered throughout the day.

We have seen over recent days a further ramping up of Brexit headlines ahead of the summit, with both sides engaged in jockeying, but, remarkably the Pound has hardly moved on the headlines.

Markets are simply looking for concrete outcomes that give a clear view on what the future will look like. Perhaps this week we will get such outcomes.

On the data and domestic events calendar, watch Governor Mark Carney set to make a speech on the morning of Wednesday, June 27. The Bank of England proved to be a big mover of Sterling in the week past as the message to expect higher interest rates over coming months was telegraphed and markets will be looking out for any further information concerning policy matters. We can't however at this stage say whether this scheduled speech will touch on monetary policy.

Data is all second-tier in nature with a revision to Q1 GDP being tipped for Friday. Markets are looking for the 0.1% growth that was initially reported to be confirmed by the ONS.

With the EU summit due on the same day we are confident in suggesting this will matter little for markets.