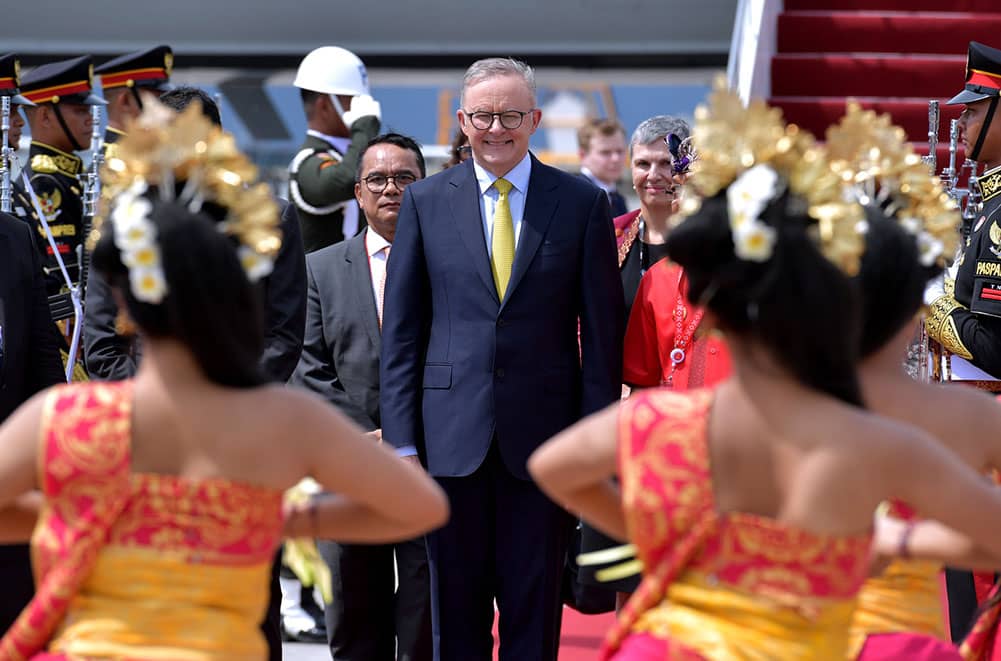 The Australian Dollar was firmer following a "breakthrough" meeting between the President of China and Australia's Prime Minister, but it is a midweek release of domestic wage data that could determine how the currency trades through the latter part of the week.

The Australian Dollar was left unscathed by Tuesday's Chinese industrial production figures for October, these revealed the sector grew 5.0% year-on-year, which was below the expected 5.2%.

The backwards-looking data might have had less impact on the Australian Dollar - which is heavily geared towards developments in the Chinese economy - particularly given the announcement of further support measures by the Chinese government over recent weeks.

Potentially more relevant to the Aussie Dollar on Tuesday was a meeting between Australian Prime Minister Anthony Albanese and Chinese President Xi Jinping.

It is reported Albanese asked Jinping to remove sanctions on A$20BN worth of Australian goods "in a breakthrough meeting aimed at steadying the Australia-China relationship after years of intensifying hostility," reported the Sydney Morning Herald.

Such an outcome would prove supportive of Australia's trade balance, and could therefore anchor the Australian Dollar on a longer-term basis while providing a near-term sentiment boost to the currency.

Xi told Albanese it was in the "fundamental interests" of both countries to develop their relationship, reflecting their status as important countries in the Asia-Pacific region.

"In the past few years the China-Australia relationship has had some difficulties," the Chinese president added. "This is something we would not like to see."

The Pound to Australian Dollar exchange rate was quoted at 1.7520 at the time of writing, with the Australian Dollar to U.S. Dollar conversion set at 0.6743. (If you are looking to protect or boost your international payment budget you could consider securing today's rate for use in the future, or set an order for your ideal rate when it is achieved, more information can be found here.)

The Reserve Bank of Australia's (RBA) minutes for the November 01 meeting were also out Tuesday and confirmed an intention to slow down the pace of rate hikes in order to allow the impact of previous hikes to make an impact on the economy.

This places the RBA behind other central banks in the race to tighten policy, potentially denying the Aussie Dollar support via the interest rate channel.

But, the RBA's minutes are a thing of the past and RBA rate hike expectations will be forged by Wednesday's release of Australian wage data.

The RBA's minutes confirmed it would remain reactive to incoming data, therefore a stronger-than-expected set of wage figures would potentially boost the domestic currency as the market prices in a potentially steeper and/or higher destination for the RBA cash rate.

"A 4.6% rise in Australia's minimum wage as well as a tight local labour market should see a marked increase in wage growth when the Q3 wage cost index is released on Wednesday," says Forrester. "Indeed, the rise is likely to be a series record."

But, he points out that the RBA already anticipates as much and expects a jump in wage growth from 2.6% year-on-year to 3.1% year-on-year by year-end.

"So it would take a jump above the RBA's forecast to move the AUD," says Forrester.

3.1% is therefore the bar to cross for near-term Aussie Dollar upside when the data is released at 00:30 GMT on Wednesday.