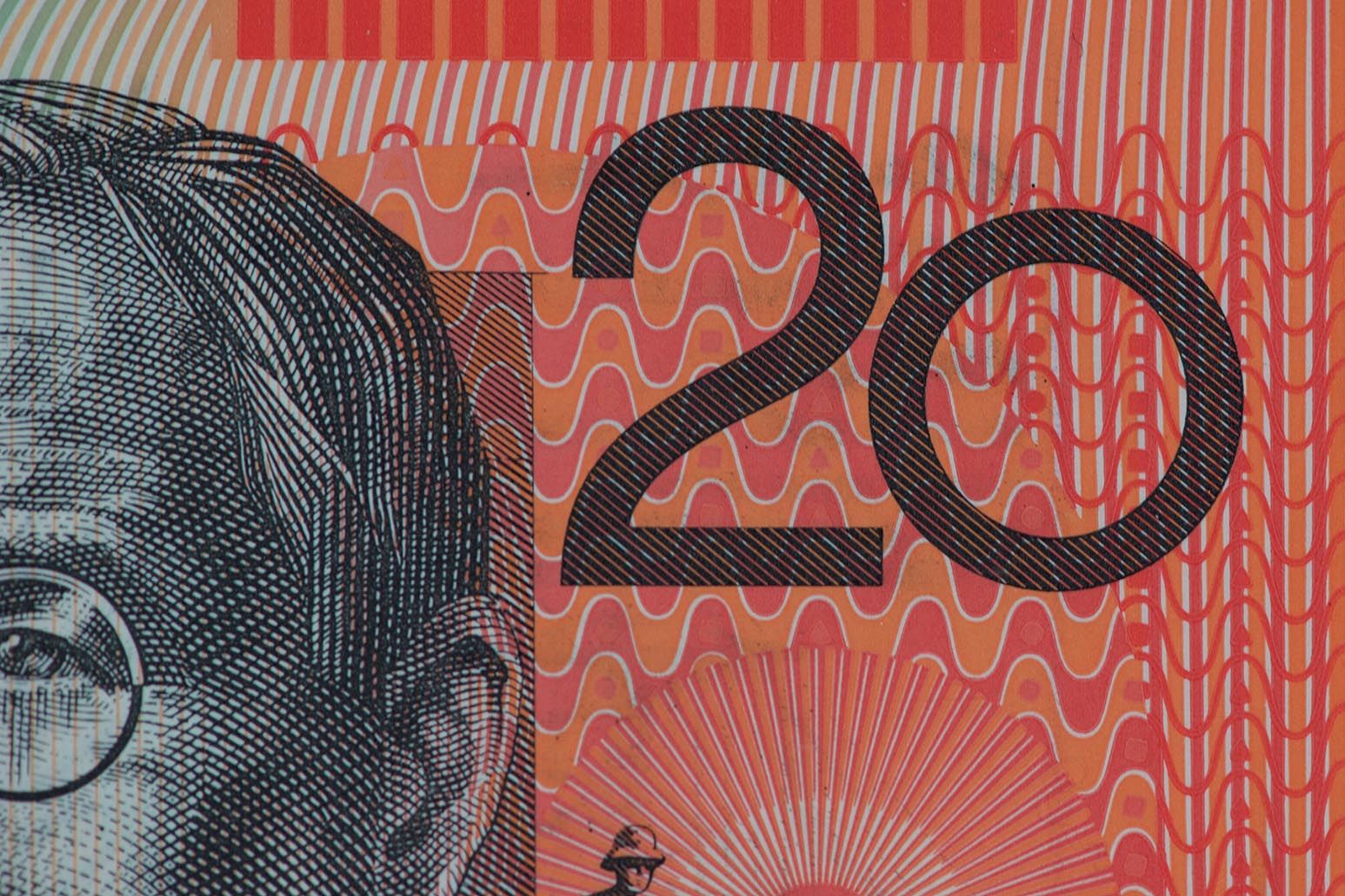 The Pound-to-Australian Dollar rate faces a long downtrend according to new forecasts from St George Bank, which sees the antipodean riding a global economic recovery toward its post-float average in the year ahead, although Sterling is tipped for a short-lived plateau this summer.

Sterling has underperformed larger rivals since the coronavirus first landed in Britain but relative to the Australian Dollar it's gone from boom-to-bust in spectacular fashion after initially benefiting from risk-aversion and the resulting suffering of the Aussie in late March, only to fall by -13% last quarter.

The steady and sustained depreciation slowed in June as stock markets and risk currencies entered a period of consolidation following equally sharp recoveries off March lows, although the Pound-to-Australian Dollar rate downtrend is a long way from over according to Aussie lender St George.

"Despite the risks to the economic outlook being skewed to the downside, a nascent global recovery is underway. A recovery, albeit an uneven one, would suggest further resilience in the Australian dollar over the medium and longer-term," says Janu Chan, a senior economist at St George. "The global recovery, Australia’s well-perceived handling of the crisis in comparison to other parts of the world and its trade linkages to China (and the rest of Asia) suggests the Australian dollar could approach levels closer to its post-float average." 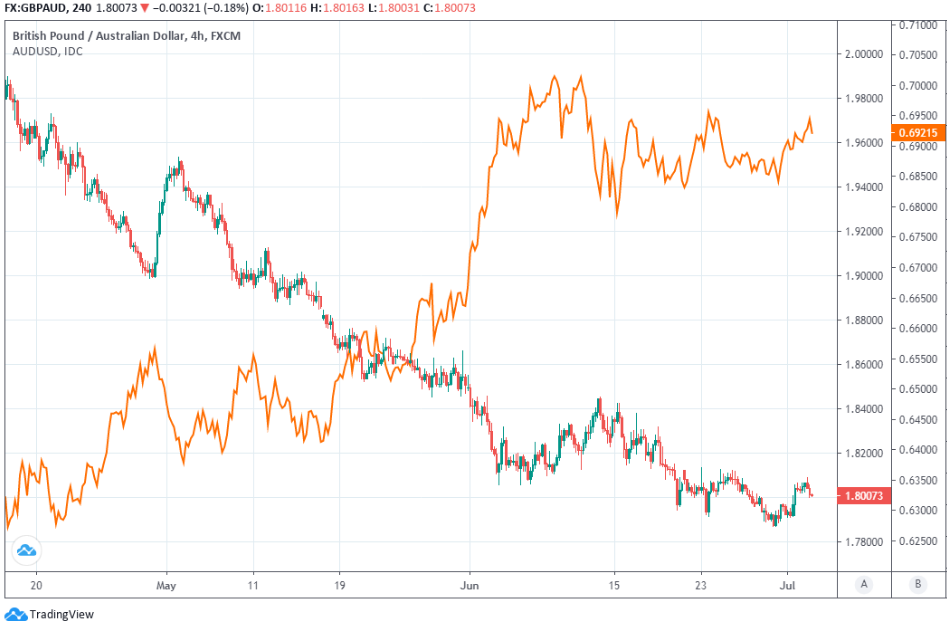 Above: Pound-to-Australian Dollar rate at 4-hour intervals with AUD/USD (orange).

The Pound-to-Australian Dollar rate has sustained its downtrend in such a steady fashion in large part because in trading where the British currency was not blighted by Brexit or coronavirus concerns, this particular exchange rate was being harried lower by a rip-roaring Australian Dollar that has risen alongside the S&P 500 stock market index and on some occasions even outperformed it.

This is after Australia  saw off much competition to become one of the first countries to fully contain the coronavirus and reopen its economy, which has bolstered the appeal of the currency at a point when it may already have looked attractive to investors.

The commodity and China-sensitive Aussie might always be expected to do well at the beginning of a new global business cycle, more so one in which China's resource hungry economy is first to normalise after also having been the first to contract the coronavirus. The Aussie is bolstered by that relative successs and also a superior sheet that'll be left in lesser disrepair by the crisis than is the case for other major economies, especially the larger ones.

"The handling of the crisis from COVID-19 in Australia has generally been viewed favourably in comparison to the rest of the world and the economic contraction in Australia this year is also expected to be smaller than in other advanced economies. The impact of COVID-19 on the economic outlook will continue to provide significant uncertainty and suggests that volatility in the AUD is likely to continue," writes Chan in a review of St George's forecasts.

Australia's Dollar has been in demand in no small part because it offers investors some of the most liquid exposure to a global economic recovery of any size, which has helped to shake off market-closing tariffs and restrictions imposed on key exports by China.

Above: Pound-to-Australian Dollar rate at daily intervals with AUD/USD (orange) and 200-day moving-average.

That offering has also helped the Aussie withstand jitters over a global pandemic that is still in full swing and a swelling second wave of coronavirus in the U.S. that could constrain the tentative global economic recovery. But constrain is all those are likely able to do for the time being given the sheer scale of the damage wrought on major economies by efforts to contain the disease.

Containment measures were so damaging that so long as another near-total economic stoppage is avoided then a recovery of some form is practically assured. St George sees this lifting AUD/USD back to its post-float average of 0.76 over the next year, which is bad news for a Brexit-blighted Sterling.

"Drivers for the Australian dollar are likely to turn towards the relative outlook for each economy, the global economic outlook and commodity prices," Chan says. "The outlook for commodity prices plays a part in determining the value of the Australian dollar. A global economic recovery points to a stronger rebound in prices of most commodities, including oil, gas and base metals."

A zero-to-hero Australian Dollar is forecast to keep the Pound-to-Aussie rate on the back foot though St George forecasts that Sterling will fall to only 1.7985 by September, from 1.80 on Thursday, which suggests a period of stability being in the pipeline. However, by year-end the Pound-to-Australian Dollar rate will be found trading at 1.7636, a level it's not seen since July 2019 when 'no deal' Brexit fears were at their fever pitch.

St George Bank forecasts don't assume an 'Australia deal' exit from the transition at year-end and reflect only anticipated strength in the Aussie, which might mean more downside for Sterling if preferential terms cannot be agreed in the currently deadlocked talks. But even with a trade agreement St George's forecasts have the Pound falling to 1.7391 by March 2021 and 1.7301 in June. 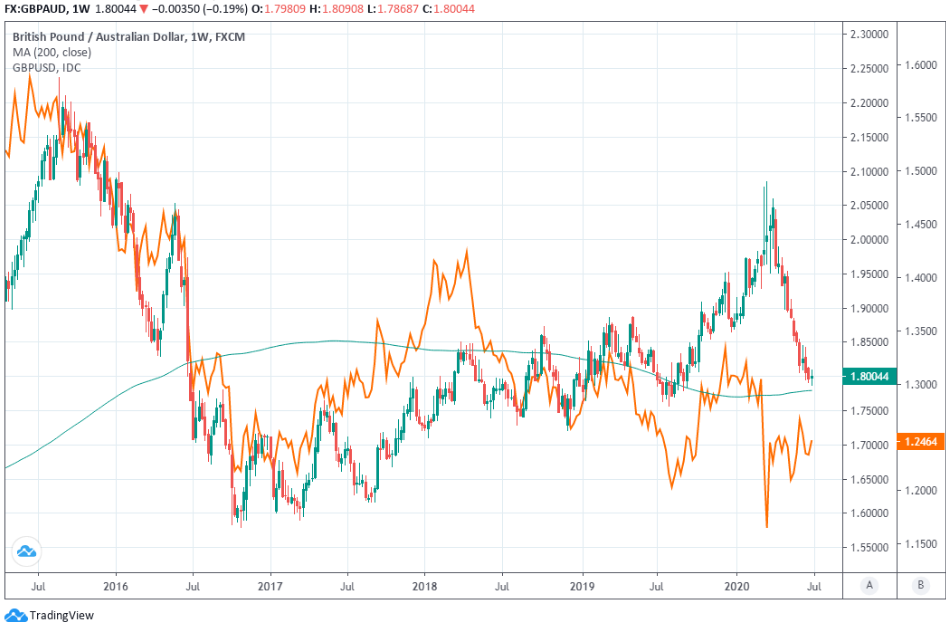