Australia's Dollar outperformed all major rivals including Pound Sterling ahead of the weekend after Westpac walked back its forecast of a February interest rate cut from the Reserve Bank of Australia (RBA), helping to sustain an earlier lift in market expectations for the cash rate.

Westpac, Australia's third largest lender and an influential voice on many things related to the land down under, said overnight that it no longer expects the RBA to cut the cash rate from 0.75% to 0.50% on February 04. Instead, the bank's analysts are now looking for a cut to come in April before an additional reduction takes the cash rate down to 0.25% in August.

That's very much in line with new forecast changes announced by ANZ and Commonwealth Bank of Australia on Thursday, and means all three of Australia's largest lenders have now kicked their forecast for a February rate cut out into the long grass of the second quarter.

Accordingly, market pricing of the RBA cash rate has risen for the coming months although there's still a small implied probability of a February cut, which could indicate residual upside potential for the Aussie. 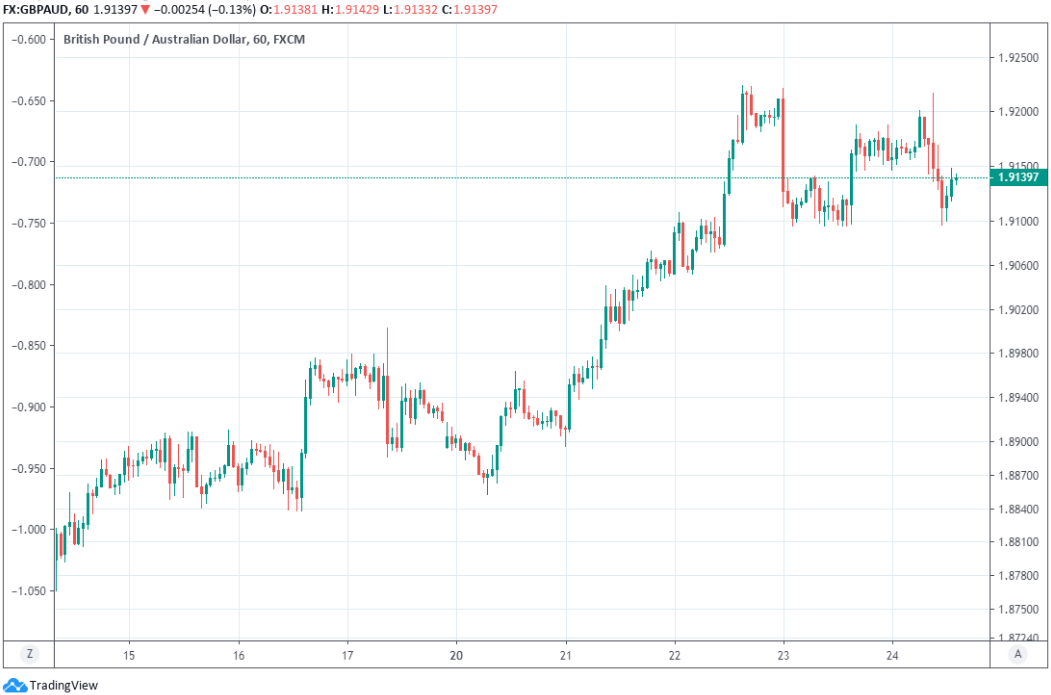 "Prior to the release of the surprisingly strong December Employment Report we had expected the cuts to be timed for February and June," says Bill Evans, chief economist at Westpac, in a note to clients. "With this delay in the easing process our forecast for the AUD to fall to USD0.66 by March has been revised with the AUD holding around USD0.68 by March subsequent to falling to USD0.66 in the June quarter in the aftermath of the expected rate cut in April."

Australia's unemployment rate fell from 5.2% to 5.1% last month, Australian Bureau of Statistics data revealed on Thursday, while the economy created 28.9k new jobs when markets were looking for only a 12.2k increase. Those figures have bought time for the RBA, which has tied its inflation and interest outlook closely to the attainment of a nebulous measure of labour market and broader economic health often referred to as 'full employment'.

Pricing in the overnight-index-swap (OIS) market implied on Friday a February 04 cash rate of 0.70%, up from 0.68% Thursday and just 0.60% on Wednesday. Rising implied rates explain the Aussie's resilience over three days that saw investors favour safe-haven and high yielding currencies.

And it also explains why the Aussie's gains were strongest relative to Pound Sterling Friday, given markets have gone 'all-in' on the idea the Bank of England (BoE) will cut Bank Rate to 0.50% next week. 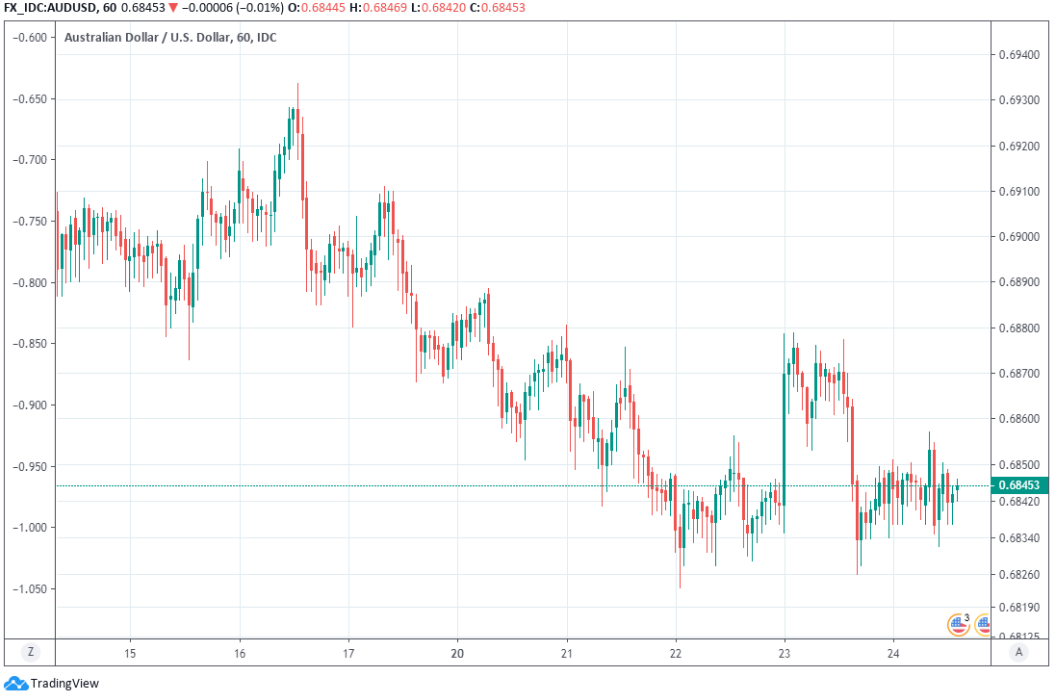 "Current positive signals around the labour market will prove to be unsustainable and we continue to expect that the unemployment rate will drift higher through 2020 reaching 5.5% by mid-year," Evans says. "With these central bank developments in the second half of 2020 we expect the AUD to remain in the USD 0.66–0.67 range over the course of the remainder of the year."

Westpac made waves in the currency market last year when it said the RBA will feel compelled to resort to quantitative easing in 2020 in an effort to lift labour market and GDP growth sufficiently for the economy to sustainably deliver the 2%-to-3% inflation target. And it still forecasts the RBA will do exactly that, beginning with a A$2.5bn per month program of government bond purchases later in the year, although the bank has also kicked its forecasts for 2020 rate cuts from the Federal Reserve (Fed) into longer grass.

Delayed Fed cuts have left Westpac looking for Aussie Dollar resilience in the short term and a largely sideways movement by the antipodean toward year-end. But if commentary from ANZ is anything to go by then Friday's gains for the Aussie may ultimately prove to be shorter-lived than even Westpac envisages. 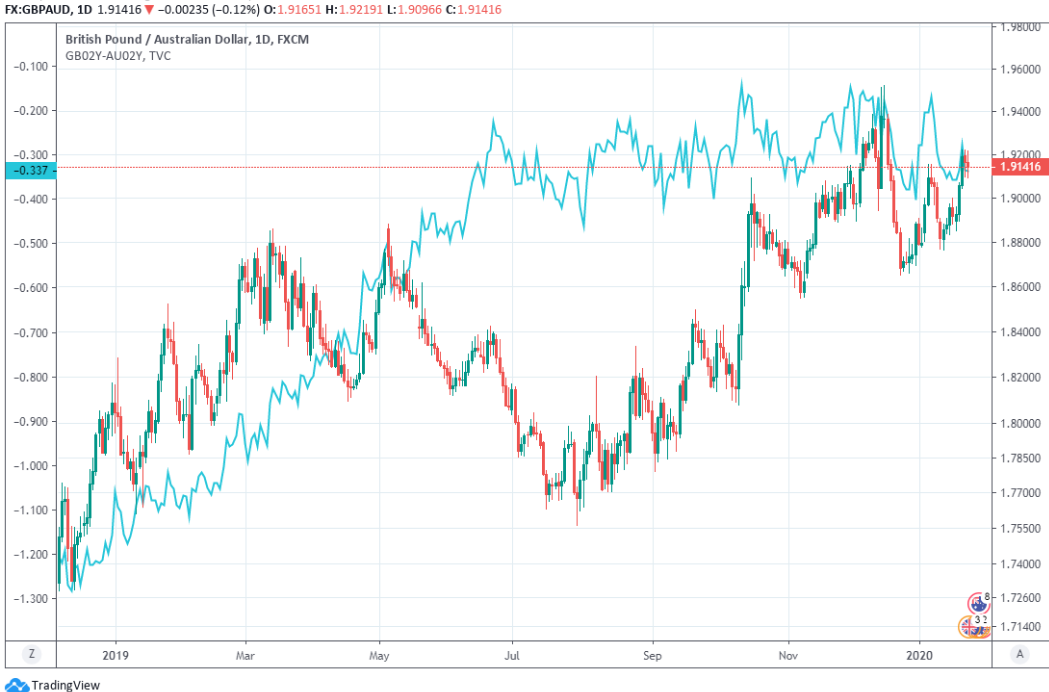 "Given the AUD’s disappointing performance following employment data, we think any near-term upside from a strong CPI, and by extension receding RBA expectations, will be limited relative to the downside from stretched global risk sentiment," says Daniel Been, head of FX strategy at ANZ, which is Australia's second largest lender according to S&P Global Market Intelligence.

ANZ said in the wake of Thursday's employment data the RBA would likely delay its next rate cut until April, before cutting again before the end of September at the latest. However, the bank sees fluctuations in investor risk appetite as likely to remain a key driver of short-term currency market price action and is mindful of the prospect that this could constrain on Australia's commodity-backed and China-sensitive Dollar.

Safe-haven currencies advanced Friday and so too did the superior yielders like the greenback and Canadian Loonie, although those seeing an improvement in the interest rate outlook - like the Aussie and Kiwi - also rose. Low-yielding European currencies were bottom of the barrel ahead of the weekend. 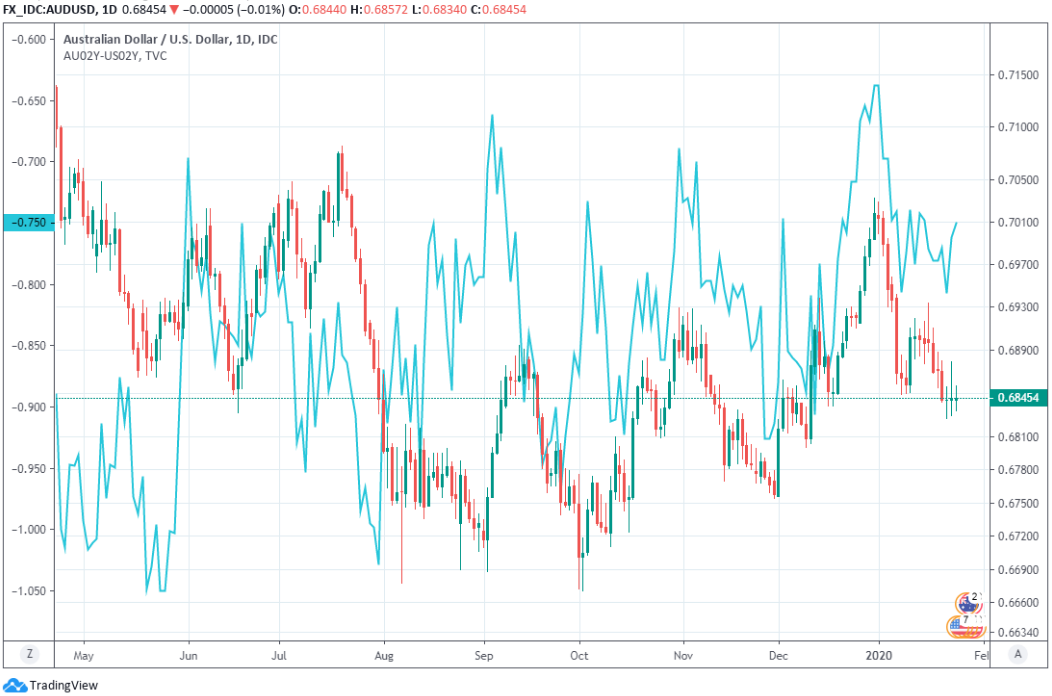 Gold prices fell and stock markets returned to a world of their own, with many benchmarks rising strongly, although oil prices were down for the session.

The currency market's reluctance to let go of earlier safe-haven bets may be telling of concerns about a possible escalation of China's coronavirus outbreak.

"Copper and crude oil, both exposed to Chinese demand, took a tumble. Both gave back most of the strong gains seen during December when the focus on a U.S.-China trade deal and OPEC+ production cuts boosted both markets. Copper’s weekly fall towards support $2.685/lb was the biggest since 2018 while crude oil continued its longest losing streak since last May," says Ole Hanson, head of commodity strategy at Saxo Bank. "With several cities in lockdown and many events cancelled, the Chinese economy will have priced in the full extent of the outbreak and take an economic hit during the first quarter." 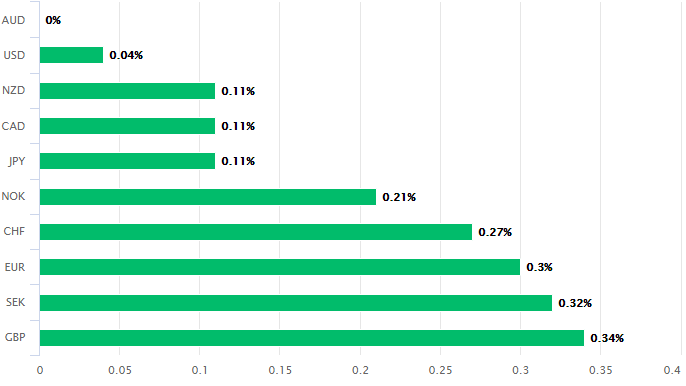