The Pound-to-Australian Dollar rate has corrected lower in March after rallying off December lows within a rising trend channel but this move will eventually exhaust itself, according to analysts at Hantec Markets, who've told clients it's time to buy the exchange rate.

This latest correction in the GBP/AUD rate was mainly the result of weakness in Pound Sterling exchange rates, although a modest paring of earlier losses by the Australian Dollar that was driven by domestic and international factors has also been at play.

The Brexi saga decended into farce again this month and the UK parliament protesting against such a thing, a 'no-deal Brexit' remains an option on the table and Prime Minister Theresa May ha made little progress in securing a majority for her withdrawal agreement. 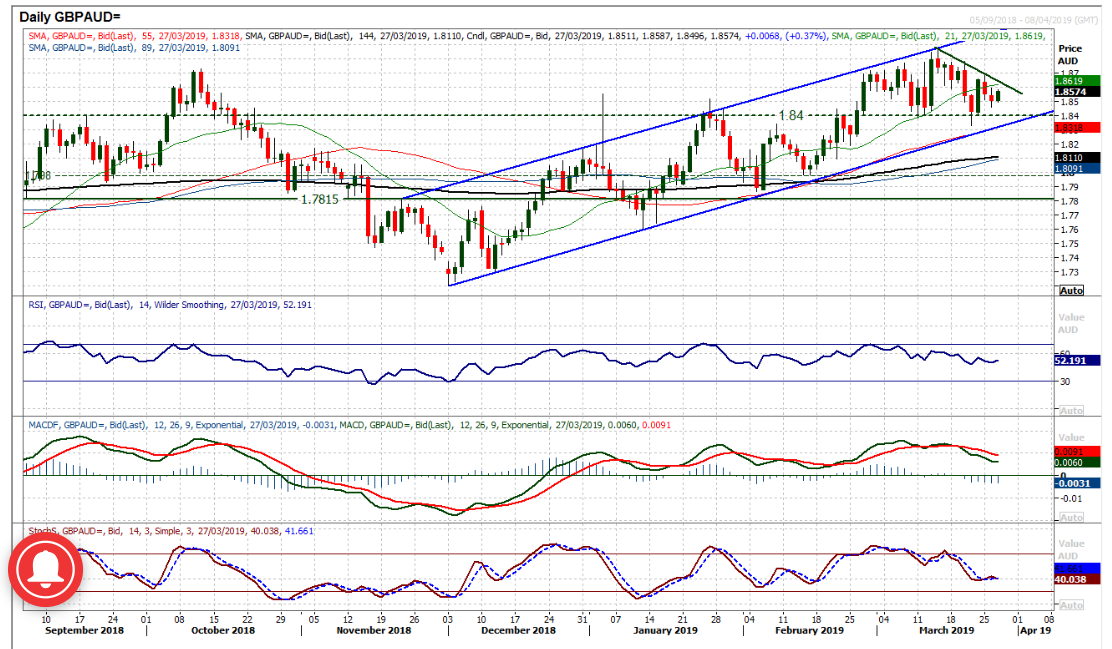 From a technical perspective however, the time is ripe for bulls to buy the exchange rate as it remains within a broader uptrend according to Richard Perry, an analyst at retail trading firm Hantec Markets.

“With sterling expected to feel the benefit of a move towards a softer Brexit in the coming days, this sets up GBP/AUD as a correction to be bought into within the uptrend channel,” Perry writes, to Hantec's clients. "There has been a pivot at 1.8400 which has been a basis of support in the past month."

Perry says the above "pivot" has attracted buyers of the Pound each time the market has visited that level. Momentum indicators are also suggesting a renewed upward move could be in the cards, especially over the medium term.

A daily close below 1.8400 would be “disappointing” to Perry but it would take a slide beneath 1.8335 to render his "buy" thesis redundant. That latter move would break the back of a long-term trend channel and take the market beneath the key 55-day moving-average.

"A breakout above the two week downtrend (today at 1.8650) and the reaction high at 1.8685 would be a signal for the bulls regaining control of the medium term trend channel again for a test of the 1.8860 high," Perry says. 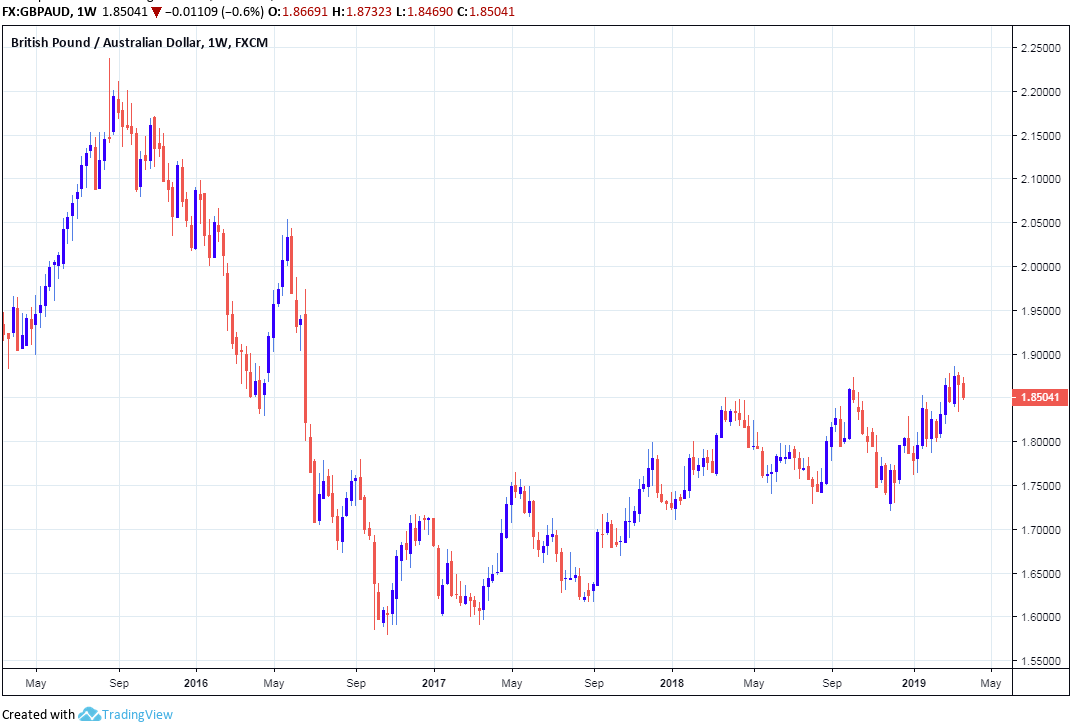