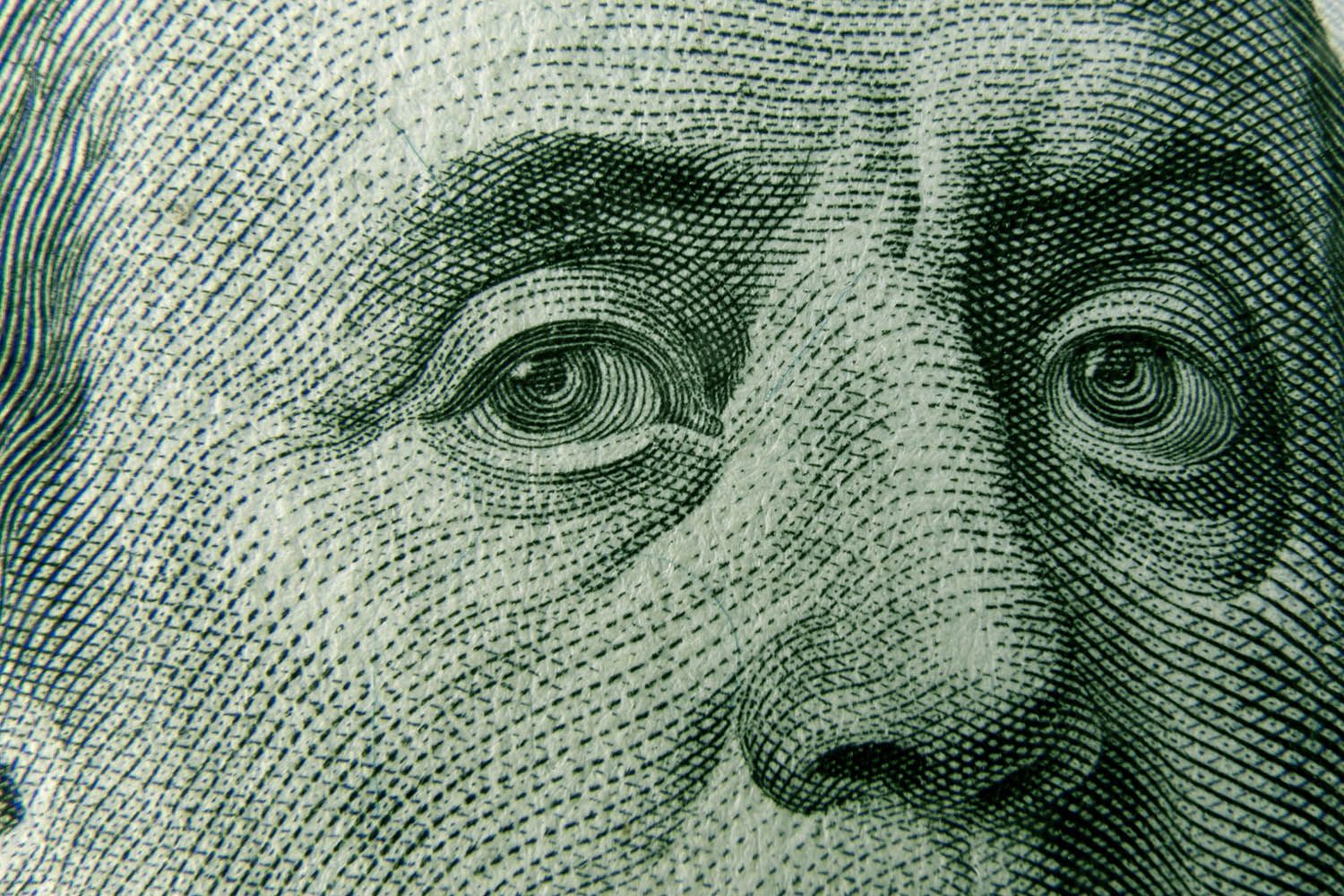 Brent Donnelly, Senior FX Trader at HSBC in New York says "I think it will be difficult for the USD to sell off further from here."

In a regular daily briefing Donnelly - author of Alpha Trader - says although the Dollar fell in the wake of last Friday's U.S. employment data, "the dollar should be stable or go a bit higher between now and June 16."

June 16 is when the Federal Reserve's Open Market Committee (FOMC) delivers their latest policy decision and it forms the highlight for financial markets as a result.

Of utmost interest to the trading community is whether or not the Fed will signal a 'taper' of its quantitative easing is due. Reducing quantitative easing - known in market circles as a taper - is a precursor to interest rate rises and is widely held to be a supportive signal for the Dollar.

"Into major events, there is generally pressure on existing positions to reduce. I think this will be the case into June 16 FOMC as the market has built up a large short USD position over the last few months. The position is concentrated in real money and CTAs while hedge funds have been fairly flexible in their views and intermittent in their activity," says Donnelly. 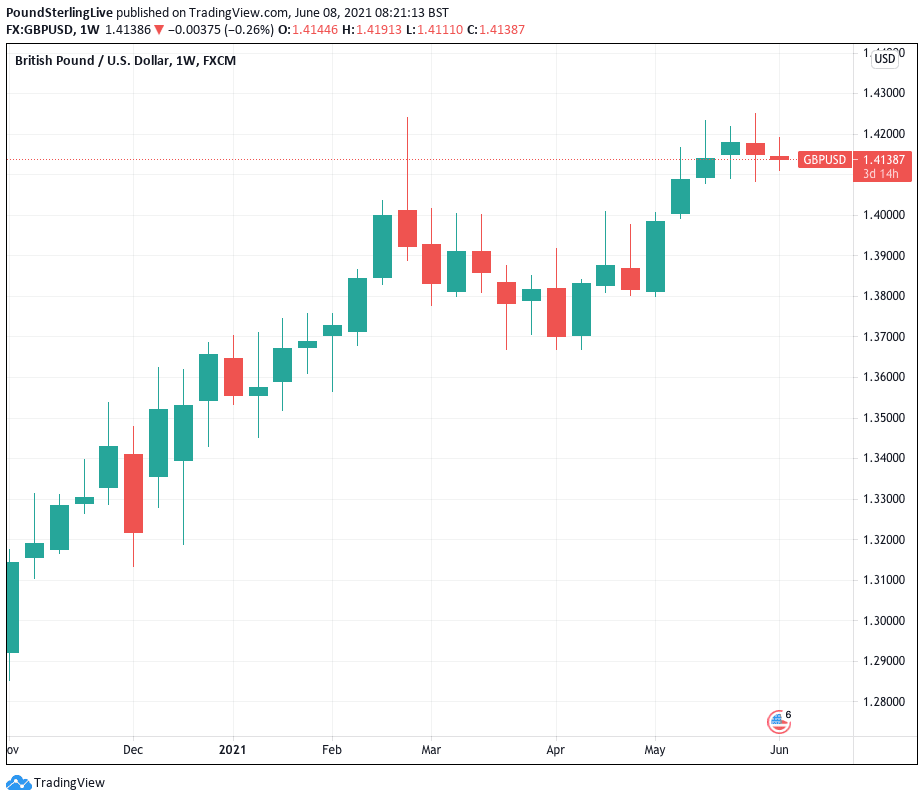 Donnelly says the market should be on "high alert for potential taper talk at the June 16 Fed meeting".

He cites Fed FOMC member Lael Brainard as being a key member of the FOMC who has sounded less patient on the matter of normalising policy in recent speeches.

Any building impatience at the Fed is meanwhile reflected by a decision to start selling ETFs on Monday.

As part of the response to stabilise markets and provide liquidity during the Covid-19 crisis the Fed took the unusual step of purchasing Exchange Traded Funds (ETFs) from the open market.

By returning these ETF's the Fed is in essence reversing that support, signalling it is starting to tighten.

"The ETF sales are tiny nominal size but medium-sized signaling value. These changes in Fed words/actions should put the market on high alert for potential taper talk at the June 16 Fed meeting," says Donnelly.

While market indecision surrounding the Fed is one reason to expect no major fireworks in the Greenback, another lies with an unwillingness by Chinese authorities to see any further weakness in the Yuan.

"PBoC pushback on CNH makes it harder for the USD to sell-off aggressively. I don’t think a major turn in USDCNH is being engineered but the move on the FX reserve ratio is worth factoring in to the USD view," says Donnelly.

China manages their currency by buying and selling foreign currencies, to ensure Chinese exports remain competitive on the world stage.

Authorities often push back against Dollar weakness by buying the currency utilising their foreign exchange reserves which in turn can at times have knock-on implications for the broader market, including GBP/USD.

Other reasons to expect the Dollar to be supported include a positive technical development on the Dollar index, which has seen its short-term downtrend broken. 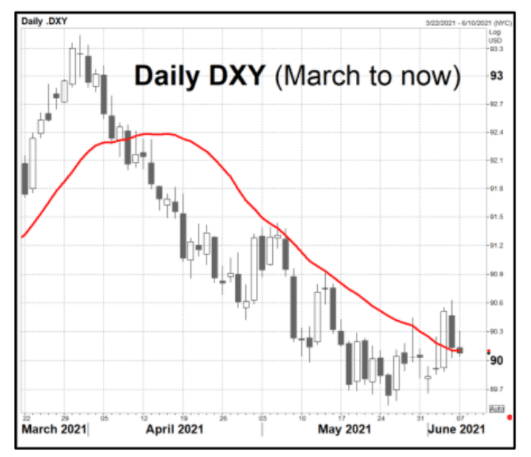 "For example, see the two charts below. The AUDUSD chart (below) shows that despite a valiant effort to get away from a zero differential in February, the premium on Australian vs. US 10-year yields is back to zero," says Donnelly. 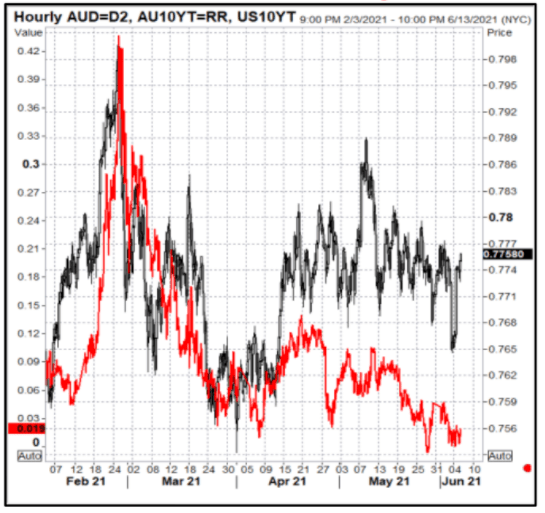 Above: AUDUSD vs. AU/US 10-year differential. Image courtesy of HSBC 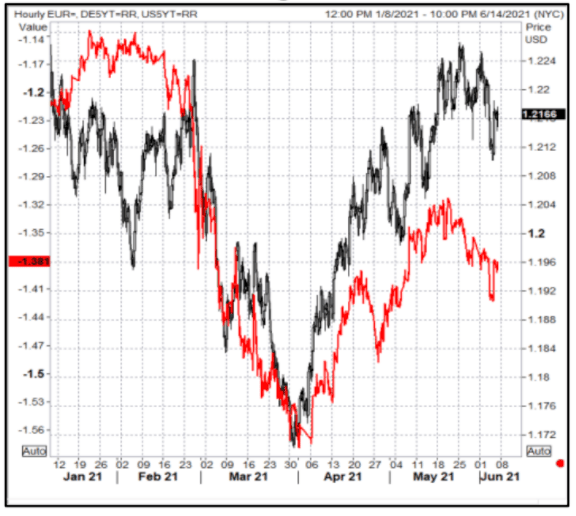 Above: The same applies to EUR/USD. Image courtesy of HSBC