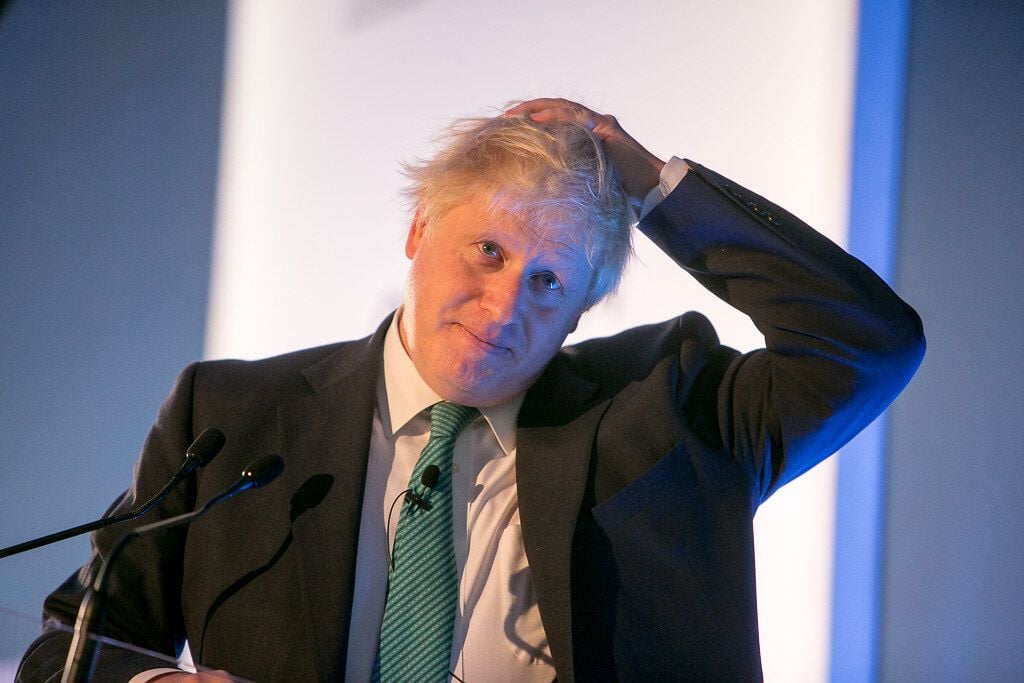 The Pound-to-Dollar rate is on the edge and risking steeper declines after a combination of renewed demand for the greenback and new restrictions resulting from a second wave of coronavirus infections sank Sterling exchange rates for a fourth time running on Wednesday.

Sterling was still in the red with the Pound-Dollar rate leading the rout after the government announced new restrictions for companies and households in response to a second wave of coronavirus infections.

New measures came amid a rebound in Dollar exchange rates, with the U.S. unit having risen broadly amid fears for the European economic outlook and panic in continental capitals proves.

The Pound-to-Dollar rate was on course for a collision with the 38.2% Fibonacci retracement of its March to August recovery located around 1.2690 after probing below its 200-day moving-average at 1.2723. It was -0.80% lower at 1.2715, marking the third consecutive day of losses for the British currency.

Jones and the Commerzbank team are sellers of the Pound-to-Dollar rate from 1.2970k and have set 1.2250 as their target price, a level not seen since late May, a month in which Pound Sterling fell heavily against all major currencies. 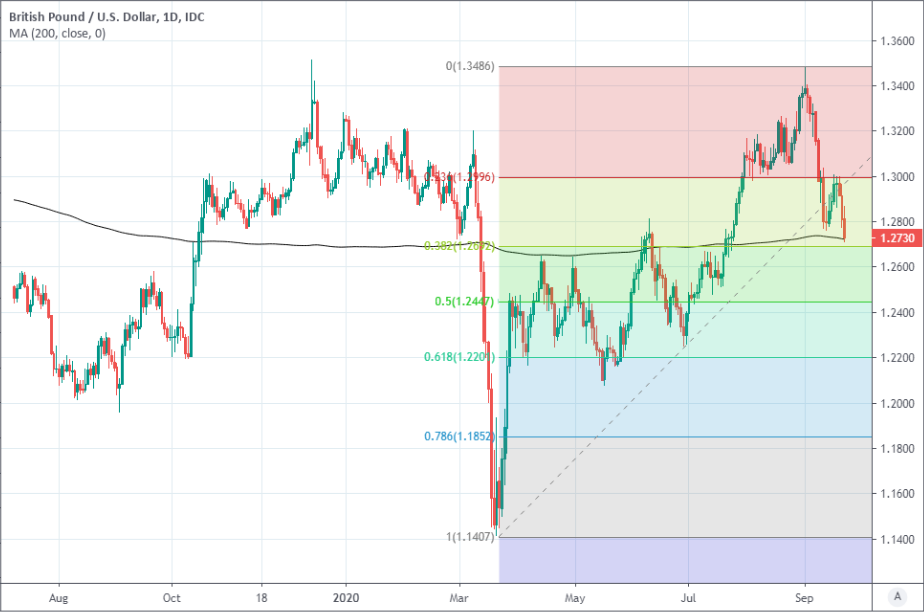 “The USD has seen a sharp turn higher following the sharp sell-off in equity markets yesterday as a “risk off” tone quickly takes hold and this has seen the BBG DXY break its downtrend from the March high to turn the spotlight on price and 55-day average resistance at 1176/79,” says David Sneddon, head of technical analysis at Credit Suisses, who’s looking for the Pound-to-Dollar rate to hit 1.2447 following any break below 1.2655. “With equities expected to extend their setback the risk is now seen for further corrective USD strength.”

Pound Sterling had enjoyed a tepid recovery Tuesday after Bank of England Governor Andrew Bailey attempted to walk back some of the BoE’s earlier suggestions that it’s contemplating the implementation of negative interest rates. Bailey said the bank hadn’t threatened negative rates in its latest policy announcement and that policymakers are looking to understand more about the effect they'd be likely to have on the economy and financial system.

Minutes revealed among other things that the BoE “will begin structured engagement on the operational considerations in 2020 Q4,” and that “The Committee had discussed its policy toolkit, and the effectiveness of negative policy rates in particular.” At this stage however, the BoE might be little more than an afterthought for Pound Sterling, given the economy is besieged by government technocrats and a 2021 ‘no deal’ Brexit from the transition period remains a live threat to the economy and currency.

At this stage and in such an environment, it might take a surprise breakthrough in the Brexit negotiations to prevent further losses for the Pound.

“Having looked through the lack of progress and increasing noise on the Brexit through the summer months, sterling has now started to price the increasing risk of a no-deal exit at the end of the year,” says George Saravelos, global co-head of FX research at Deutsche Bank. 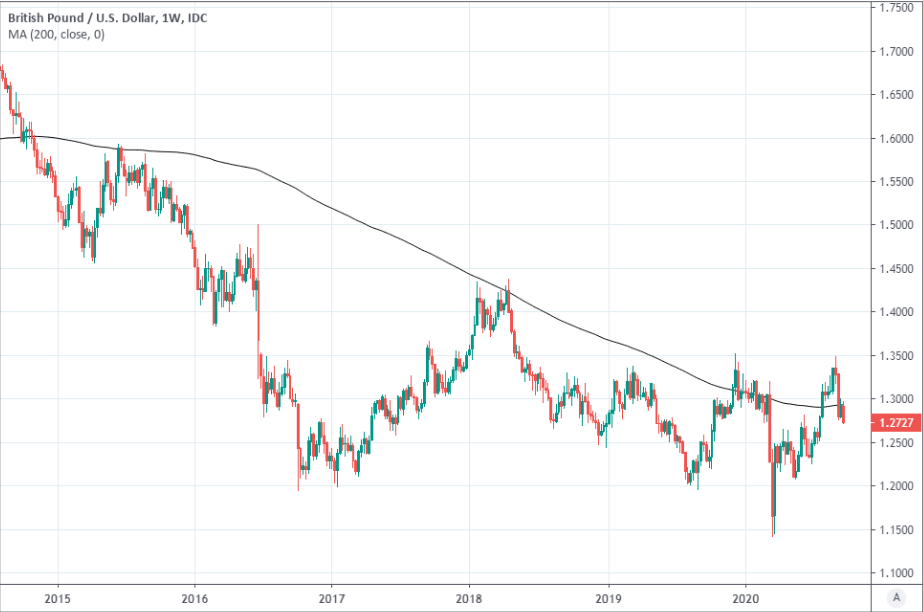 “The UK's Internal Market Bill has risked derailing talks altogether. Parliament may be able to secure itself an extra vote before the provisions that contravene last year's Withdrawal Agreement are activated, but the strong Conservative majority means that the EU will ignore this in deciding whether to continue talks at the end of the month. And while recent newsflow does point to negotiations resuming, the gaps between the two sides on state aid are very wide,” Saravelos says. "Overall, the risks around a deal are now finely balanced."

Pound Sterling suffered greatly in May and late June, underperforming all major currencies as the Brexit trade negotiations descended into deadlock when they’d barely even begun and the coronavirus problem grew larger. Britain had some of highest infection and death numbers in the world, although the latter were once scandalously overstated by authorities, which exacerbated concerns about the economy and already-bloated national balance sheet. With ‘no deal’ Brexit fears serving as an aggravating factor.

Barely five months on and exactly that cocktail of headwinds is returning to haunt Sterling, with the Brexit negotiations falling apart following government moves to address what it saws are flaws in the EU Withdrawal Agreement, and with the economic recovery under threat from meddling that’s so-far proven entirely ineffective at containing a purported second wave of infections.

‘Face masks’ became mandatory in shops and on public transport on July 24 while the government prepared to use “localised lockdowns” as well as so-called testing and tracing to prevent a resurgence of the virus. Despite clearly evident, widespread compliance new infections have done little other than rise since the new rules were introduced. 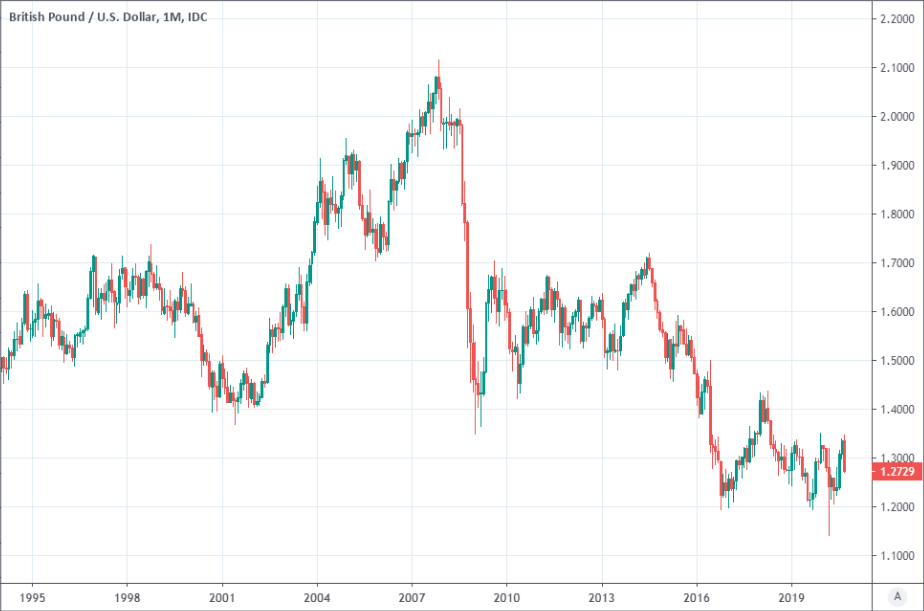 Above: Pound-to-Dollar rate at monthly intervals.

“These rules measures will only work if people comply,” Prime Minister Boris Johnson claimed in parliament on Tuesday. “The penalty for failing to wear a mask or breaking the rule of six will now double to £200 for a first offence. We will provide the police and local authorities with the extra funding they need, a greater police presence on our streets, and the option to draw on military support where required to free up the police. The measures I have announced all apply in England and the Devolved Administrations are taking similar steps.”

The government has instructed office workers to work from home again less than three weeks after pleading with firms and staff to return and has mandated that pubs and other hospitality businesses close from 10pm onward. It’s not clear what the latter could possibly achieve given that, with weekends aside, late evening hours might be some of the quietest times for the trade.

There will be mandatory mask wearing for customers and staff not eating or drinking while so-called “Covid-secure guidelines,” which have done nothing obvious to prevent the purported second wave, will become legal obligations with fines and a threat of closure for firms that do not comply. From Monday a maximum of 15 people will be able to attend weddings, although up to 30 can attend funerals, while indoors sports will be limited to six participants.

Approval of the government’s handling of the virus has plummeted in recent weeks, according to Yougov surveys, while Conservative Party donors are said to be dismayed with some of the schemes the government has come up with in response to panic that’s yet to spread beyond Westminster and Whitehall. The government has declared some of the highest daily infection numbers in recent weeks yet the number of new deaths has declined precipitously. Mortality has fallen from in excess of 15% in the first wave to less than 0.005% last week, more than a month and two infection cycles after new infections began to frequently exceed 1,000 per day.

"If the measures announced today prove insufficient and presage a speculated two-week ‘circuit breaker’ lockdown, GDP in Q4 could be cut by over 2.5ppts. But pound-for-pound, we would expect the impact to be lower than from the lockdown earlier this year, reflecting likely less severe restrictions timed to coincide with school holidays, and greater adaptability among workers," says Martin Beck, an economist at Oxford Economics.

Watch out @BorisJohnson @Conservatives-the mood among Tory donors is mutinous. Many are furious over the handling of the pandemic. An army of meddling little “Covid marshals” may be the last straw