Non-farm payrolls for March read at -701K, which is a deeper decline than the -100K that economists predicated.

The negative surprise should prove supportive of the U.S. Dollar which tends to benefit when U.S. and global economies are in retreat.

"We are not surprised at this juncture to see the dollar remaining strong. Uncertainty remains high and global recessionary conditions will benefit the Dollar," says Derek Halpenny, Head of Research at MUFG. 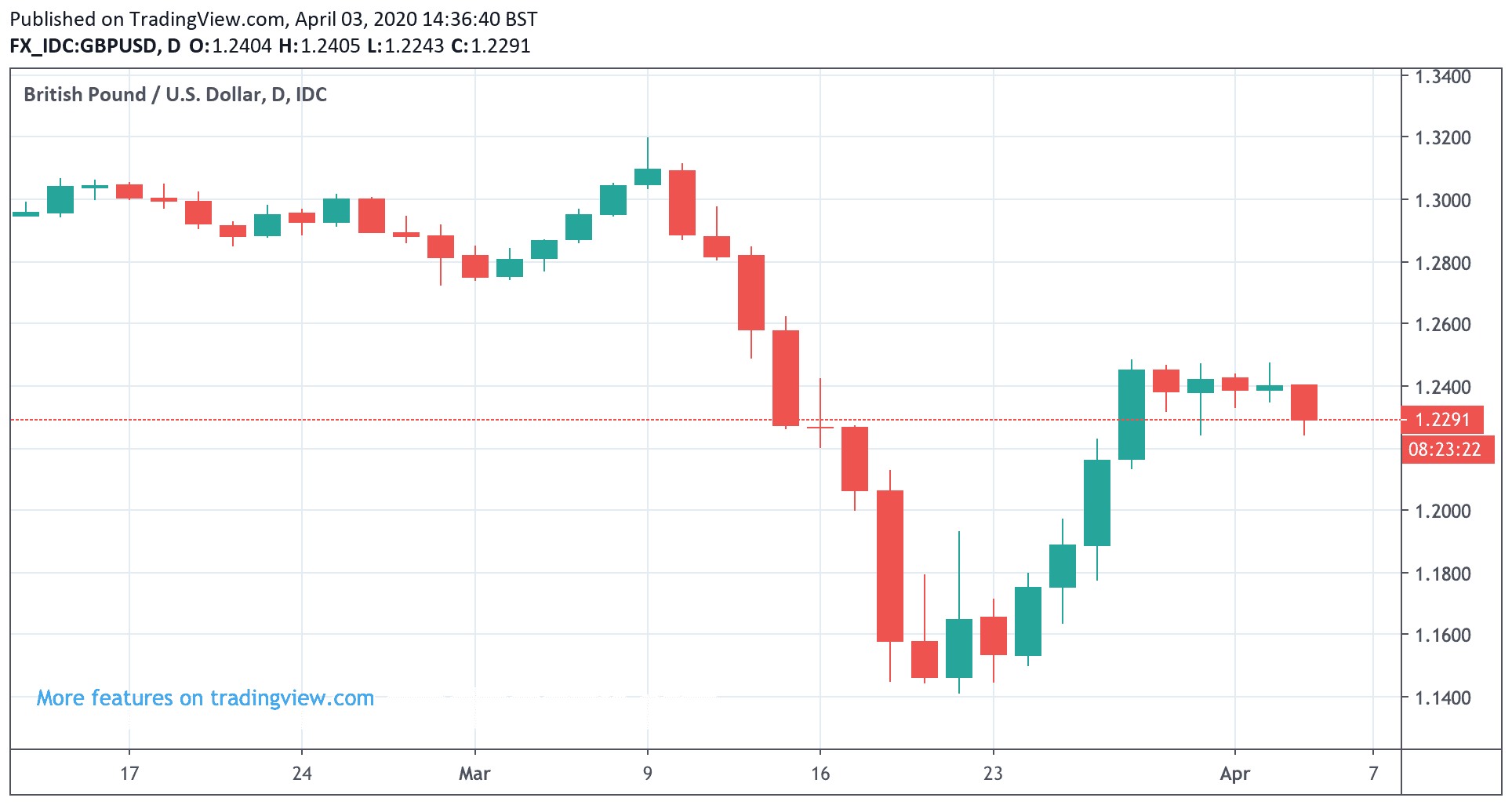 The survey period that the latest employment numbers cover precedes the commencement of the lockdown period, making the numbers almost immediately redundant; however that unemployment was surging even before the economy hit a brick wall worries some economists.

"With the survey week for this report coming before the monster initial jobless claims prints, today's release wouldn't have picked up the significant weakening of the labour market more recently, which makes the weaker than expected results more disappointing," says  Andrew Grantham, CIBC Markets.

"Given the scale of job losses implied by those weekly claims figures, the unemployment rate will likely move above 10% in short order in Q2," adds Grantham.

Market attention is focussed on the short-term survey data at the current time as it gives a more up to date view on the evolving state of the U.S. economy.

It was reported on Thursday April 02 that 6.64 million Americans made new applications for welfare payments during the week to last Friday, up from the previous upwardly-revised record of 3.28 million during the prior week.

The sector breakdown of today's non-farm payroll data showed significant job losses in the leisure & hospitality sector which saw a 459K loss of jobs, CIBC Markets say this sector accounts for about 11% of total employment.

Job losses in other most at-risk areas, including retail (-46K) and trade/transportation (-49K) were fairly modest at this stage.

How High Can U.S. Unemployment Get?

While today's employment data is arguably dated, it does tell us that the U.S. economy was already haemorrhaging jobs before the wide scale forced closure of businesses to try and mitigate the spread of the coronavirus.

"Today's US employment report broke the run of 113 consecutive monthly job gains, but the timing of collection meant it missed the carnage of the past two weeks. Covid-19 containment measures means shuttered businesses and an unemployment rate could easily hit 15% by May," says James Knightley, Chief International Economist at ING Bank.

Worryingly, Knightley says the employment landscape will be undergoing a fundamental shift and that we might not see a return to pre-crisis employment levels for a protracted period of time.

"When we finally get through the crisis and we can head on the path towards “normality”, unemployment will not fall as rapidly as it spiked. There is likely to be a rolling withdrawal of the restrictions, meaning a slow return to business as usual. Many companies will not make it through the crisis due to the plunge in demand and others will restructure and come out requiring a smaller workforce. In this regard we worry about physical retail stores and by extension commercial real estate," says Knightley.

However, Nathan Janzen, Senior Economist at RBC Economics is less pessimistic, pointing out the short-term nature of the job losses.

"The light at the end of the tunnel comes from the fact that most of the increase in the unemployment rate in March came from temporary layoffs," says Janzen. "That temporary/permanent layoff split will be important in coming months - the greater the share of "temporary" layoffs, the quicker the job market recovery could be once the virus spread is brought under control." 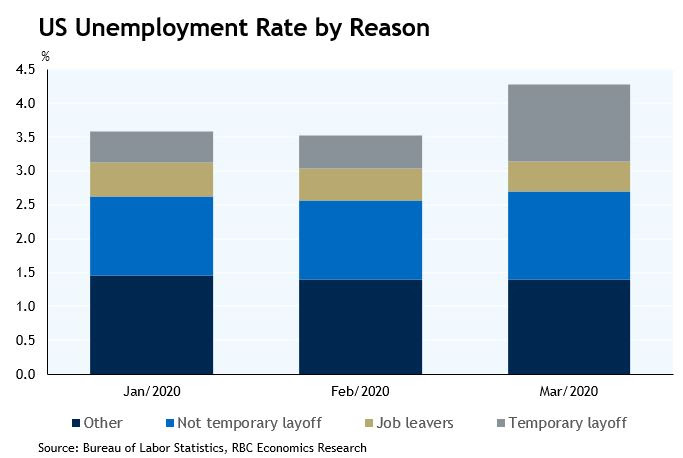 However, like Knightley, Janzen also believes that the speed of the recovery in the jobs market will be slow.

"Activity is not going to bounce-back overnight, and some businesses will be forced to permanently shut their doors. The longer the current disruptions last, the longer the recovery on the back-end is likely to take," says the economist.