- GBP/USD retreats as GBP lags and the USD wins broadly.

- But upside bias remains intact, further losses to be shallow.

- Brexit and economy concerns can weigh on GBP short-term.

- But GBP seen trending higher until mid-year before hitting wall.

The Pound-to-Dollar rate retreated further below the 1.30 level Friday as U.S. economic exceptionalism lifted the U.S. currency while lingering concerns about the UK government's approach to Brexit weighed around the ankles of Sterling.

Sterling has been a laggard among major currencies this week as rhetoric from the UK and EU stoked concerns about the possible deficiencies of an eventual future relationship agreement, although Dollar strength has also been at play with the U.S. economy having demonstrated its exceptionalist credentials again.

“We would place the likely Brexit outcome at a “6” or a “7” (on a 1-10 scale) with “10” being the “hardest” Brexit and “1” being akin to no Brexit,” says Stephen Gallo, European head of FX strategy at BMO Capital Markets. “But the UK government is giving businesses ample time to prepare, and the GBP is already “cheap” using various metrics, so the Brexit factor should fade over time.” 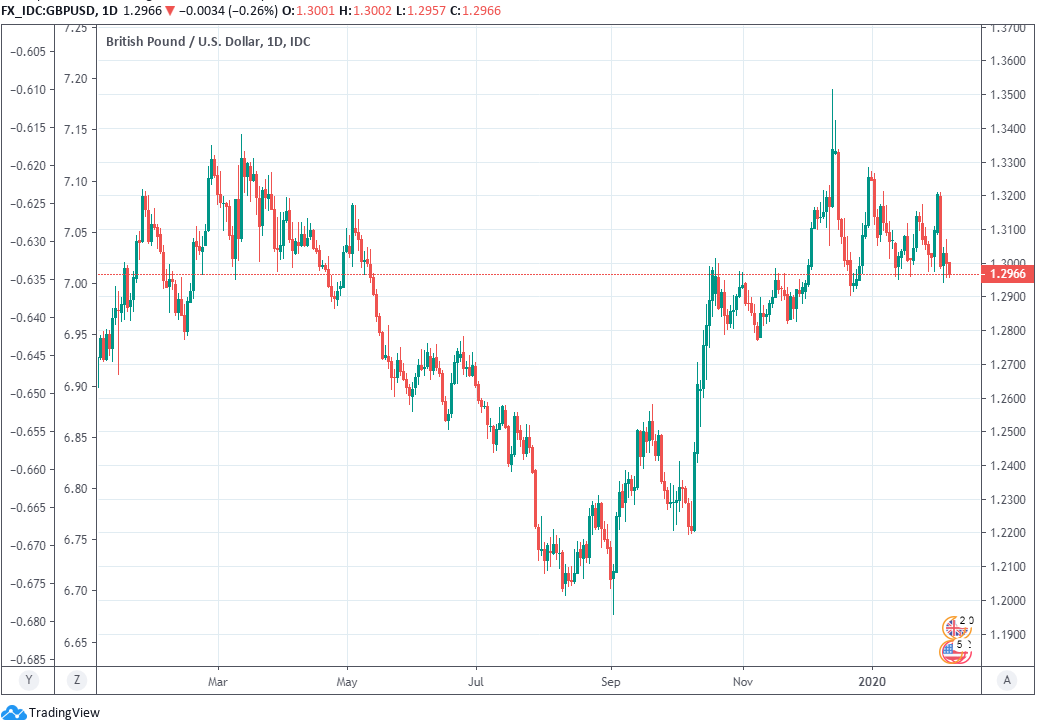 "While Cable is likely to continue leaning on support in the mid/upper 1.29s (and risks retracing gains to the 1.26/1.274 range potentially), the emergence of a new, bearish phase in price action is still not a given from a technical point of view. We see initial resistance at 1.3080/00 and feel sterling can regain some composure by trading above this point (40-day MA at 1.3082 currently)," says Jaun Manuel Herrera, a strategist at Scotiabank.

The Institute for Supply Management (ISM) services PMI blew away the consensus on Wednesday just days after its sister survey of the no-longer-ailing manufacturing sector also surprised sharply on the upside. And those figures came hard on the heels of last week's official data that showed the economy growing by a steady 2.1% on an annualised basis in the final quarter.

U.S. GDP growth was more than twice that of the Eurozone last quarter and almost four times the 0.6% rate seen in the UK for the 12 months to the end of November, but markets continue to price-in more rate cuts from the Federal Reserve and little other policy action from elsewere. That alone is supportive of the Dollar even without a second 2019 contraction in the UK for last quarter, which is a growing possibility in light of recent Eurozone data. 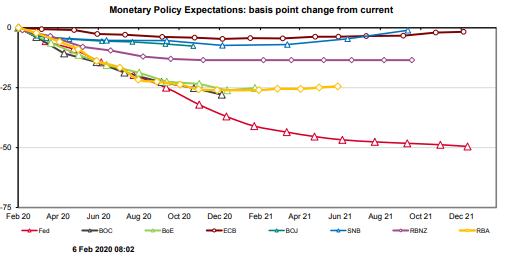 “US has a smaller direct trade exposure to China than many others. An impressive array of key US data have been reassuringly upbeat too, including ISM surveys, ADP payrolls and durable orders,” says Richard Franulovich, head of FX strategy at Westpac. “There doesn’t appear to be much in the way of further DXY upside, we revise up upside target from 98.0-98.5 to 99.0 on 1mth horizon; US data surprise indices are at cycle lows and OIS markets price in an (excessive?) 45% probability of an FOMC cut by their 29 April meeting.”

The problem for the Pound in the short-term is the U.S. economy has far outpaced that of the UK, cementing in place a deeply disadvantageous 1% interest rate differential, even before the global economic outlook darkened with the spread of coronavirus inside China.

Meanwhile, earlier political uncertainty is threatening to tip the UK economy over the edge even before the toll currently being paid by China has had a chance to show up in the data, which it will do over the coming months.

Concerns over a UK slowdown that risks being exacerbated by a crunch in China’s economy could ensure the Pound remains heavy in the short-term, while the Dollar benefits from safe-haven flows.

The UK government confirmed a third case of the disease on Thursday and said it's "working quickly to identify any contacts the patient has had." 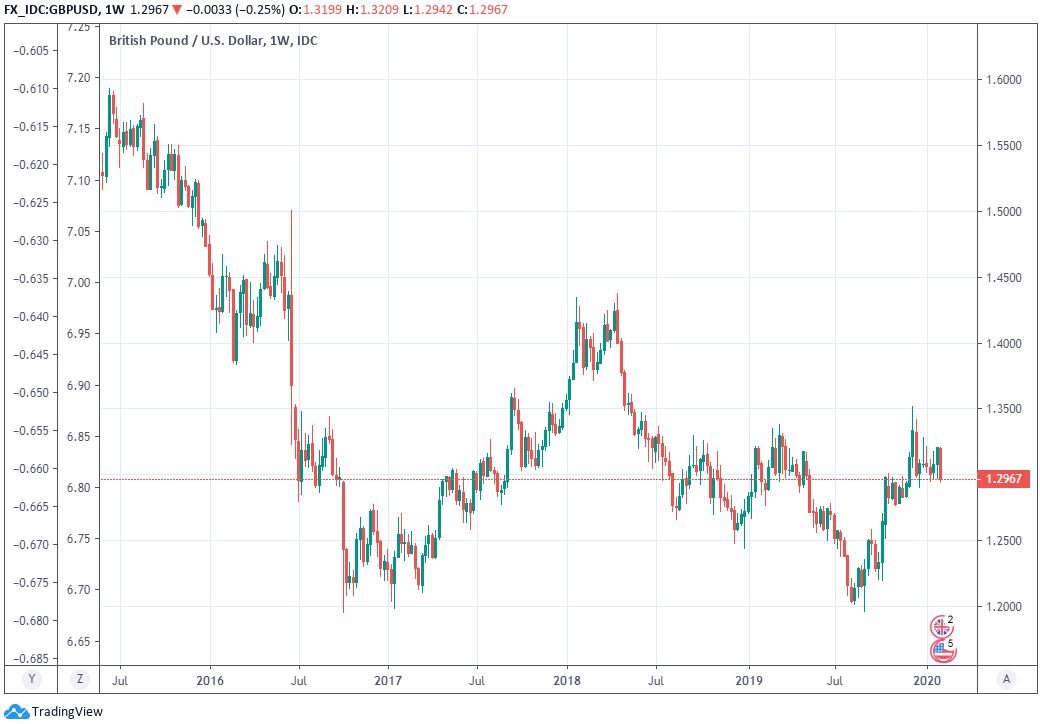 "GBP/USD has again sold off to its uptrend at 1.2959, which is currently holding and for now we are neutral. While the uptrend holds, it maintains scope for a deeper recovery to the 1.3285 Fibonacci retracement. This is considered to be the last defence for the December high at 1.3515," says Karen Jones, head of technical analysis for currencies, commodities and bonds at Commerzbank.

Technical studies still favour the upside for Sterling while some other analysts say the downside will be limited for a number of reasons and that the Pound-to-Dollar rate should still be viewed as a ‘buy on dips’ pair.

“We consider the GBP to be an attractive buy on dips. We think higher post-Brexit UK/EU trade friction is already factored in,” BMO’s Gallo says. “We expect the picture over the next 1-3M to be dominated by the fiscal policy mix, and we ultimately expect the outcome on fiscal policy to be GBP-supportive.”

The Pound was quoted around 1.2960 Thursday although Gallo has forecast that it will trade around 1.30 in three months time and at 1.33 in six-months, where it's seen remaining into year-end.