- Gov said to have numbers to pass deal in Commons.

- Comes as path to 'no deal' Brexit blocked by parliament.

- GBP/USD said by UBS to be FX favourite with hedge funds.

- On Brexit progress, perceptions of turn in risk environment.

The Pound-to-Dollar rate is said by one strategist at UBS to be the top currency trade among hedge fund clients heading into year-end, with the opening of a new chapter in the Brexit saga as well as improvement in the global risk environment both cited as being behind the view.

Hedge fund and "short-term money" clients gave the impression last week that they see the markets as gradually becoming a more hospitable place for 'risk assets', and the Pound-to-Dollar rate is most likely to capitalise on this evolving view. The feedback came to light as Sterling scored its eighth consecutive day of gains amid claims from the government that it has the numbers to get its withdrawal agreement through the House of Commons

Prime Minister Boris Johnson is said by some of his most senior ministers to have the 320 votes he needs in order to get the Withdrawal Agreement Bill (WAB) through the Commons, even though the government lost a parliamentary vote on another amendment Saturday that saw Parliament succeeded in barring the path to a 'no deal' Brexit.

MPS agreed Saturday that Johnson should request from the EU a third delay to Brexit and one that lasts as long as is necessary to secure get the WAB through the Commons.This was after Johnson emerged from the European Council chamber in Brussels last week proclaiming a deal that had put him on course to test the parliamentary waters with it at the weekend. Johnson is expected to attempt to get the bill through the Commons Tuesday. 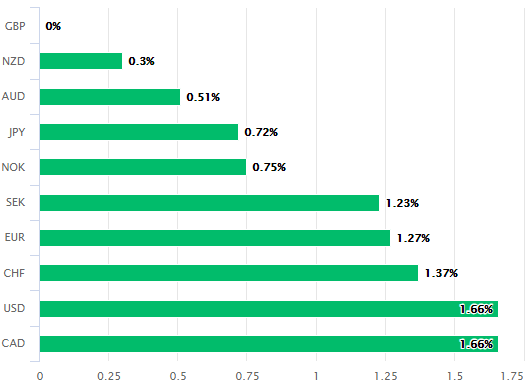 "There is a view among hedge-fund managers that the market consensus on the economic outlook has become much too bearish. Interestingly, it is mostly the risk-takers (traders, principals) who see short-term opportunities if things look up for a few weeks, rather than the strategists/economists at the same firms that continue to point to poor fundamentals," says Beat Siegenthaler, a macro advisor at UBS. "Long cable is probably the strongest FX view for those believing in a year-end rally, with EURUSD seen lifted on the back of [it]."

Siegenthaler briefed colleagues Monday after spending last week in Washington at the International Monetary Fund conference and in New York for client meetings. His comments come with Sterling having converted 2019 losses into profits against a number of rival currencies this month including the Dollar.

Much of Sterling's gain has crystallised in barely more than a week, with the Pound-to-Dollar rate having gone from a 6% 2019 loss in early September to being up 1.72% for the year on Monday. But it's not solely Brexit that's driven the move because the international backdrop has also improved for other reasons. 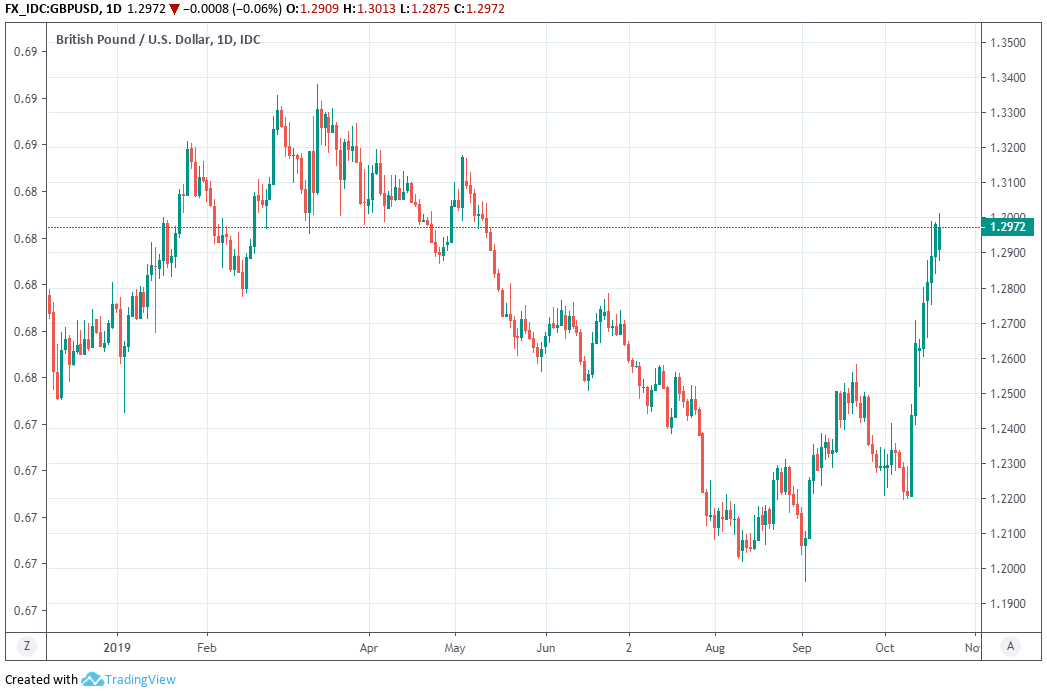 "The dollar index [is] testing support from the 200-day moving average which comes in at around 97.40. It is the first time that the dollar index has tested support from the 200-day moving average since June/July of this year. The increasing likelihood that a Brexit deal will be passed through the UK parliament has boosted the appeal of European currencies at the expense of the US dollar," says Fritz Louw, a currency analyst at MUFG. "At the same time, the US dollar has been undermined by dovish comments from Fed officials."

The Dollar has weakened sharply in the last week or more as investors rediscovered their appetites for risk assets. The U.S. and China agreed a tentative cease fire in the trade war just more than a week ago and since then economic data has continued to incite further wagers that the Federal Reserve (Fed) will cut its interest rate again at the end of October, making for a second consecutive rate cut. The move is almost fully priced into the market, and then some for the months ahead. 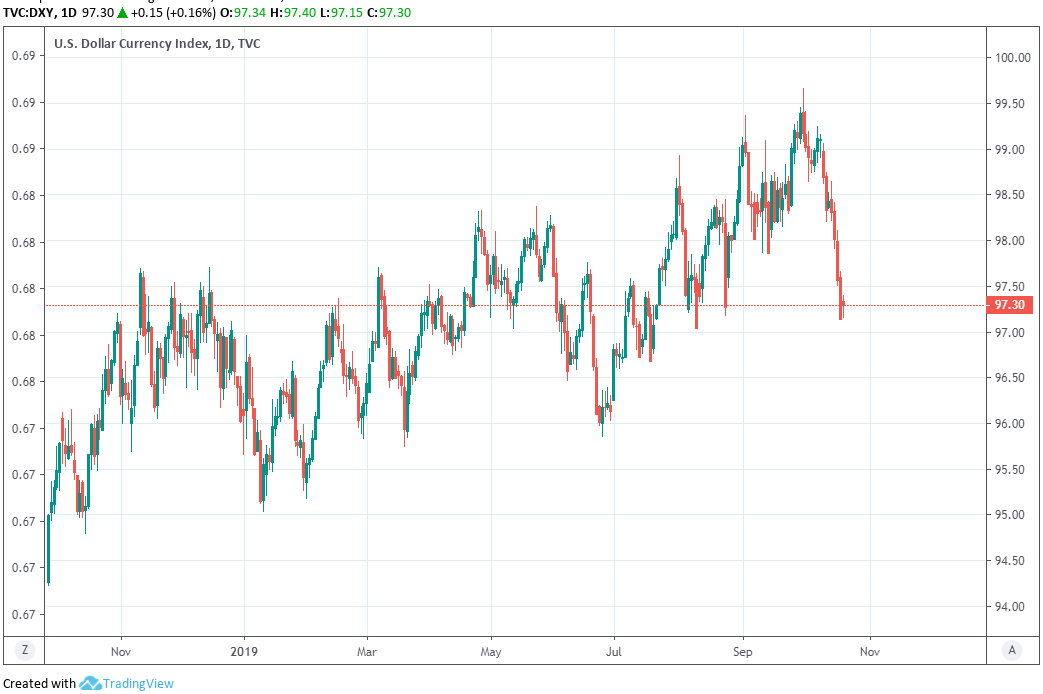 "The DXY has continued to press lower, testing through key 200dma support. The move has almost entirely been driven by gains in EUR and GBP. Both are trading rich on our HFFV dashboard. We think we will need to see a more positive growth development emerge in the EZ for EUR to press above the 200dma," says Mazen Issa, a strategist at TD Securities. "Broadly, the 1.27/1.32 range looks to be [GBP/USD] cable's home for now."

American factories are struggling badly after a year and a half of U.S. trade war with China and economists are increasingly concerned that a downturn in the manufacturing industry could soon spillover into the rest of the economy, leading to slower growth and undermining the outlook for inflation. And markets are betting heavily this is all that's necessary for policymakers to cut the Fed Funds rate to 1.75% on October 30.

U.S. industrial production fell by 0.4% in September when markets had looked for only a 0.1% decline, while the Philadelphia Federal Reserve manufacturing index also fell sharply and housing starts underwhelmed for the month of September, official figures showed last week. Those numbers came hard on the heels of a retail sales report that revealed a surprise fall in store spending last month, all of which have helped undermine the greenback.

"GBP/USD last week rallied towards but halted just ahead of psychological resistance at 1.30 We are seeing some near term consolidation here, but provided dips lower hold over 1.2582 (20th September high) an immediate upside bias is maintained. There is scope for further strength towards the 200 week ma at 1.3148. This and the 1.3187 May high guards the 1.3382 2019 high," says Karen Jones, head of technical analysis at Commerzbank.