- GBP corrects lower amid resistance on charts and risk sell-off.

- Boris Johnson reiterates 'no deal' Brexit threat in The Telegraph

- Commerzbank tips GBP as a buy on improved technical outlook.

The Pound-to-Dollar rate retreated from technical 'resistance' level on the charts Monday amid a sell-off in risk assets, at the beginning of what promises to be an action-packed week for Brexit and central banking news, although the exchange rate has been tipped by some to rise over the coming days.

Investors ditched 'risk' assets and fled to safety Monday following a drone attack on a Saudi Aramco oilfield that's sidelined nearly 6% of global supply and stoked fears of a conflict in the Gulf, as well as concerns for the global economy. Meanwhile, Chinese industrial production growth was revealed to have slipped to its lowest level since 2002 in August while retail sales surprised on the downside. Both boosted the Dollar and other safe-havens Monday while hitting everything sensitive to changes in risk appetites, including Sterling.

"The USD is trading slightly higher towards the end of the London morning in BBDXY terms, but in truth the focus for FX investors was on the smaller components of the Index, due to the Saudi Aramco-led spike in crude oil. The flare-up in geopolitical tensions, which appeared to drive the rally in crude, has led to a stronger JPY, CAD and NOK vs the USD, while the latter's main European rivals and the CNH are trading weaker," says Stephen Gallo, European head of FX strategy at BMO Capital Markets. 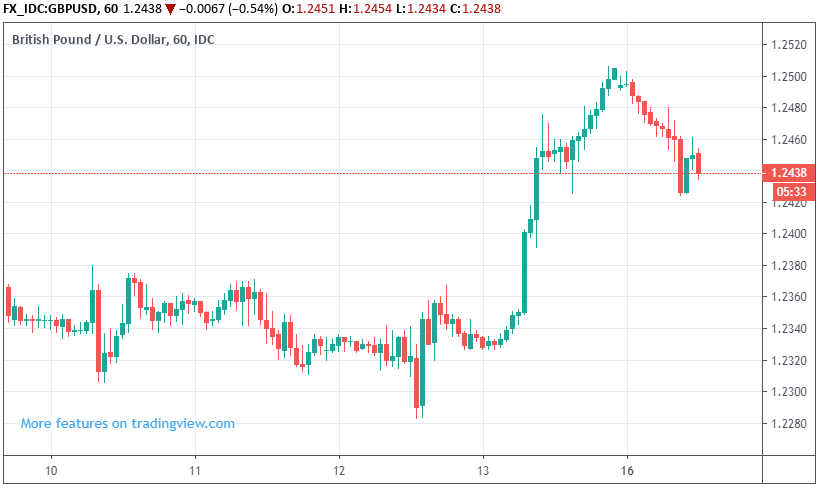 Domestic factors also weighed on the Pound as traders responded to Prime Minister Boris Johnson's Sunday article in The Telegraph. He's so-far stuck with his "do or die" pledge to leave the EU by October 31 regardless of if a deal has been reached, without saying how he would circumvent legislation that requires him to delay Brexit a third time if an agreement has not been approved in parliament by October 19.

Analysts say the Pound will be at the beck and call of Brexit headlines and the technical picture on the charts this week. This is after it ran head-on into technical resistance last week following strong gains prompted by speculation the government could be preparing to soften its 'red lines' around the so-called Northern Irish backstop in the EU withdrawal agreement. The perceived risk of a 'no deal' Brexit remains the most prominent driver of Sterling.

"We still believe there are major hurdles to a last minute deal. Will the UK government’s proposal go far enough to satisfy the EU’s concerns over a hard border in Ireland? Even if a last minute deal is reached with the EU, can it win sufficient support to be passed in parliament? We have doubts on both fronts. Evidence of progress on both fronts will be required for the pound to build on recent gains. If it proves elusive, the pound could quickly start to reverse course," says Lee Hardman, an analyst at MUFG. "The pound has now run into stronger technical resistance levels between 1.2500 to 1.2600 for cable where the July highs are located...It should make further near-term gains more challenging for the pound after its recent sharp rebound." 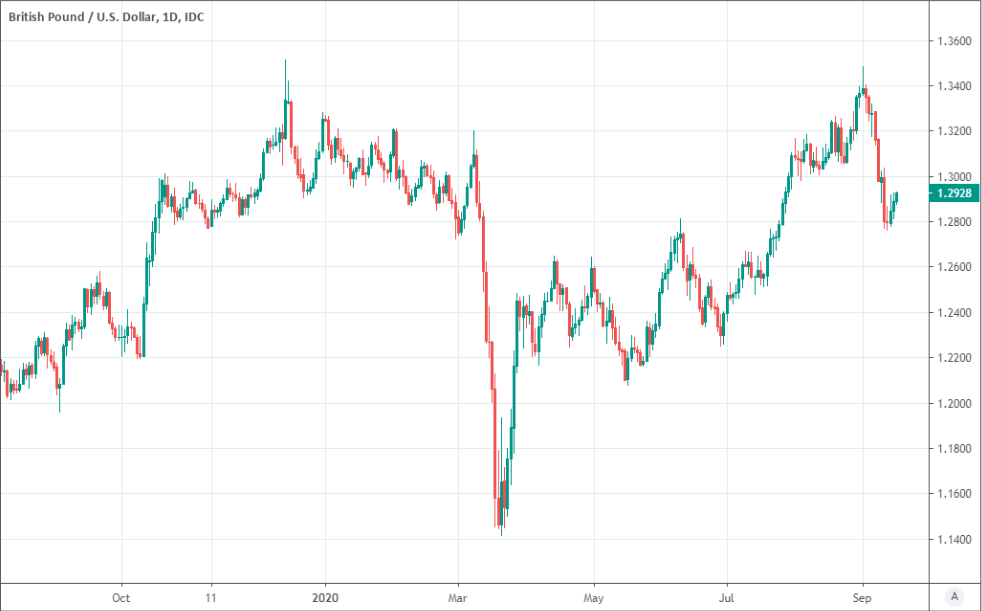 The government was last week reported to be considering allowing Northern Ireland to become subject to EU rules for 'agri-food' after Brexit, which would require a stronger de facto border down the Irish Sea than exists currently for reasons of 'biosecurity' and to satisfy international rules. The Times also says Northern Ireland might remain subject to EU rules in relation to the goods trade, which casts Johnson's purported plan in a similar light to the so-called 'Chequers' proposal of Theresa May.

Johnson's Sunday statements were followed by suggestions from Brexit Secretary Steven Barclay that the 'implementation period' in the withdrawal agreement, which ensures the UK continues to tow the EU line for years after the official exit date as the future relationship is negotiated, could be extended up until the end of 2022. It remains far from clear whether Boris Johnson will be able to secure a majority in favour of any agreement he negotiates.

"Now that a weekly Friday chart close above the 1.2310 August high has been seen, we changed our weekly forecast to a bullish one," says Axel Rudolp, a technical analyst at Commerzbank. "GBP/USD’s advance has taken the cross to the May and June lows at 1.2506/59. Between these levels and the mid-July high at 1.2580 the cross may struggle short-term."

Rudolph says the Pound-to-Dollar rate has "formed a bottom" and that the 1.27 level should be achievable in the next three weeks or so, with the 1.32-1.34 range in prospect for the next three months. He bet on an increase in the exchange rate back when it was trading around 1.2069 but closed the trade when the market hit 1.25 Friday.

Commerzbank issued a new tip to institutional clients Monday, which is to buy the Pound again if it dips back to 1.2390 and to target a move up to 1.27. 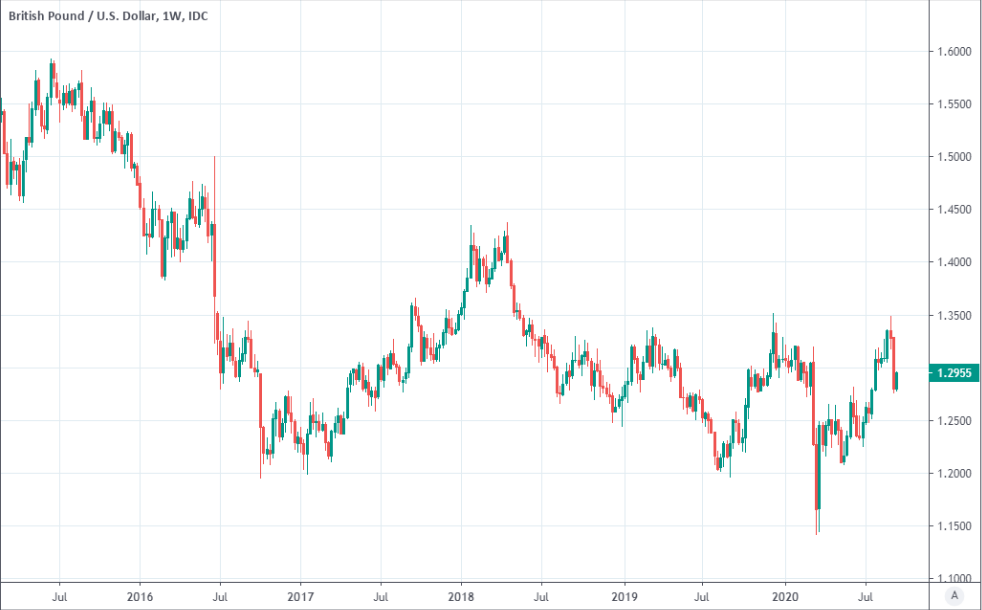