- NZD to face reckoning with RBNZ Wednesday after recovery rally. 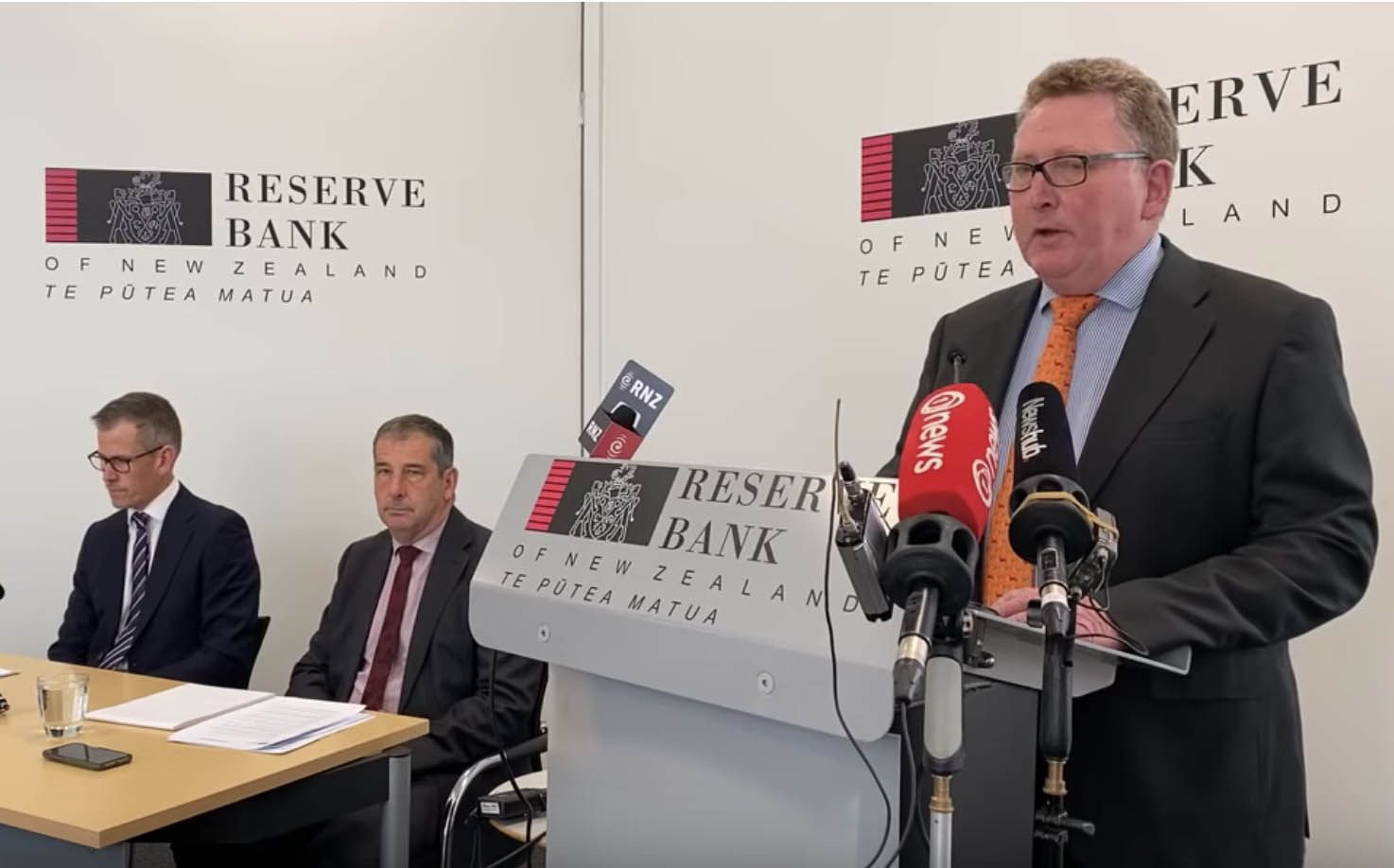 The New Zealand Dollar could draw scrutiny from the Reserve Bank of New Zealand (RBNZ) Wednesday after a strong comeback from 2020 losses, which might offer the beleaguered Pound-Kiwi Dollar rate some short-lived respite.

New Zealand's Dollar was the second best performing major currency of the last week on Tuesday and has been a frequent outperformer since the early days of April when risk assets began to recover in earnest from their coronavirus trough.

It could have legs to go further too no3 the government has all but vanquished the coronavirus from New Zealand and is preparing to move from 'alert level 3' to 'alert level 2' as soon as Thursday in a bid to further ease the coronavirus 'lockdown'. The government introduced legislation this week, clearing the way for a further relaxation of restrictions on daily life while seeing New Zealand overtake Australia to become the least 'locked down' major economy.

This could excite international capital that's currently short on choices of worthy or economically productive harbours to moor up in and the resulting prospect of strength in the New Zealand Dollar is unlikely to be welcomed by the RBNZ.

The RBNZ will announce its latest interest rate decision at 03:00 London time Wednesday and markets are expecting the cash rate to remain at 0.25% and for the quantitative easing purchase target to remain at NZ$30bn. That target will eventually see the RBNZ own 35% of NZ government debt and will take a bank that had never done government bond buying before, up to its neck in public debt to the same extent as the Bank of England (BoE).

"While we don’t think any more cuts are on the cards, the Bank may still opt to retain a dovish stance – if nothing else to put a cap in recent NZD appreciation," says Francesco Pesole, a strategist at ING. "Whether this currency-related concern (which would still likely remain implicit) will be enough to make a somewhat risky move into negative rates, is a different question...it is more likely – if anything – that the Bank will maintain some sort of ambiguity about additional easing, hoping it will be enough to slow the recovery in the currency."

The bank has cut rates and began quantitative easing in the hope of supporting both the economy and the labour market through the coronavirus crisis but as the country has made faster progress in containing the pneumonia-inducing disease, the economy is now beginning to reopen and at a point when other countries are still largely at a standstill. This has lifted the Kiwi Dollar in a manner that's already gotten the RBNZ's attention.

An early recovery is a challenge for the central bank because the resulting currency strength risks making Kiwi exports to a still-struggling global economy less competitive while reducing import prices, which can crimp inflation and compromise the RBNZ's ability to deliver the 2% midpoint of its 1%-to-3% inflation target. Kiwi inflation rose above that midpoint for the first time in years during the first quarter, after a laborious effort on the part of the RBNZ, but a Kiwi Dollar rally might kibosh that tentative rebound in price pressures and necessitate further experimentation with even more unconventional monetary policies further down the line - like negative interest rates.

Above: NZD/USD rate at weekly intervals. Depreciating since June 2014.

"Even if activity starts to recover relatively quickly, the central bank will be in no rush to reverse rate cuts or suspend its moderate QE programme. Technically, the bias for NZD/USD is bullish, with the pair trading within an ascending channel since late March. Initial resistance comes in at 0.6159. A break through this level would accelerate the bullish momentum, targeting the channel's upper bound at 0.6233," says Daria Parkhomenko, a strategist at RBC Capital Markets. "Support comes in at 0.5981."

The spectre of self-defeating currency strength could see the RBNZ attempt Wednesday to talk down the New Zealand Dollar as an investment prospect, and whether the bank is succesful or not could matter greatly to the trend in the NZD/USD and Pound-New Zealand Dollar exchange rates. The NZD/USD rate has risen 13% from its March lows, reducing a -23% 2020 loss to just -9.9% on Tuesday, although it's so-far failed to sustain a break above a key nearby resistance level at 0.6114. That 0.6114 level is the 50% Fibonacci retracement of the 2020 down-move and was just a fraction above Tuesday's market price.

If  0.6114 is overcome in a sustained way such a move could open the door for a move up to 0.6268 in the coming weeks, which is the 61.8% retracement of this year's fall, although the RBNZ's Wednesday rhetoric will be key to whether that level is overcome this week or if it takes longer.

"While the high coronavirus death rate in the UK could cripple both the desire of workers to return to work and the confidence of consumers, the experience in New Zealand is very different. We continue to expect GBP to be on the back foot into the summer and see scope for a move towards GBP/USD1.19 on a 3 month view. This may allow for some near-term outperformance by the NZD, though we would warn that the NZD is likely to be sensitive to any additional increase in tensions between the US and China," says Jane Foley, a senior FX strategist at Rabobank.

The outcome for the NZD/USD rate matters greatly to the Pound-New Zealand Dollar outlook as price action there illustrates the broader Kiwi trend and likewise with Sterling and the GBP/USD rate. The GBP/NZD rate is effectively a combination of the two major exchange rates and given that Sterling faces a litany of unique domestic risks in the weeks ahead, any further strength in the Kiwi may spell trouble ahead for a Pound-New Zealand Dollar rate that might already have seen its best days in 2020.

Any RBNZ pushback against a strong New Zealand Dollar on Wednesday might offer the Pound-New Zealand Dollar rate respite from the selling pressures that have pushed it lower over one-week and one-month horizons, although this respite could be short-lived.

Pound Sterling faces the prospect of becoming the 'sick man of Europe' if-not the world after the government extended the national 'lockdown' into June this weekend and said some sectors of the economy would not be able to reopen until July at the very earliest. Employees were encouraged this week to return to work, and to great fanfare in some government friendly parts of the media, although none of those relevant workers had ever even been told by the government to stop going into work anyway. The decision came after the UK coronavirus death rate appeared to overtake that of Italy and amid a shortage of personal protective equipment for everybody including 'key workers.' 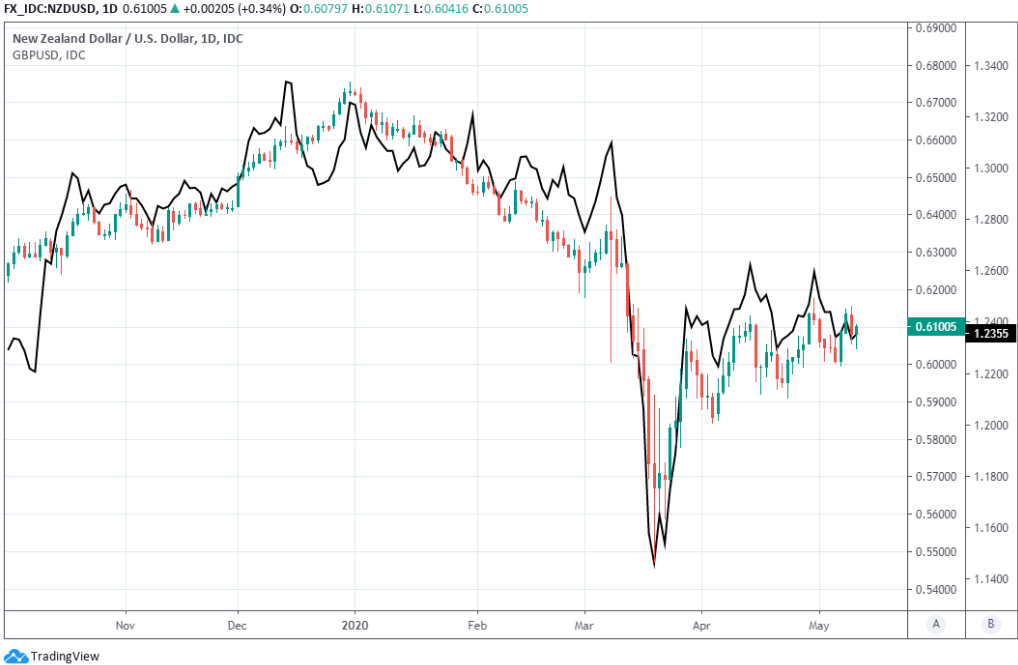 "We saw again yesterday, the FX market is still somewhat lacking in liquidity and if we get sterling selling, it can take the currency down further than would seem justified. We think that's a significant risk. Brexit talks aren't making enough progress, the UK's plans to reopen the economy are cautious enough to trigger downward revisions to growth forecasts and have been met with a generally hostile press reaction," says Kit Juckes, chief FX strategist at Societe Generale.

There is little end in sight to the UK 'lockdown' and a Brexit deadline is now approaching while trade talks with the EU have produced nothing more than lamentations of 'limited progress' and allegations from Brussels of less than "best efforts," if not outright bad faith, that could easily prove a noxious mixture currency markets and more so if the RBNZ is unable to keep a lid on the Kiwi.

"Even though the UK has a population that is 12 times bigger than New Zealand’s, with different metropolitan densities and a larger international presence, the failure of the UK government to limit the number of causalities looks set to hinder the pace at which ‘normal’ levels of activity can resume," says Rabobank's Foley. "Additionally, insofar as no real progress was made on the last round of post-Brexit talks between the UK and the EU and given that the summer deadline for any request for an extension to the transition phase is looming, it is difficult to be optimistic on GBP. We would favour selling rallies in cable towards a move down to GBP/USD1.19 into the summer."

Many analysts see the GBP/USD rate headed toward 1.20 at least before the end of June, if not lower, which could push the Pound-New Zealand Dollar rate beneath the 2.0 handle over the coming weeks if NZD/USD is able to keep its head above 0.60. An NZD/USD that hits 0.62 at a point when Sterling is wallowing near 1.20 against the greenback would put the Pound-Kiwi rate down at 1.9353, which implies some -4.5% downside from Tuesday's levels.

But these rate are only available at interbank level, with those quoted to retail and SME participants likely much lower. Specialist payments firms can help squash the spread between interbank and retail rates. 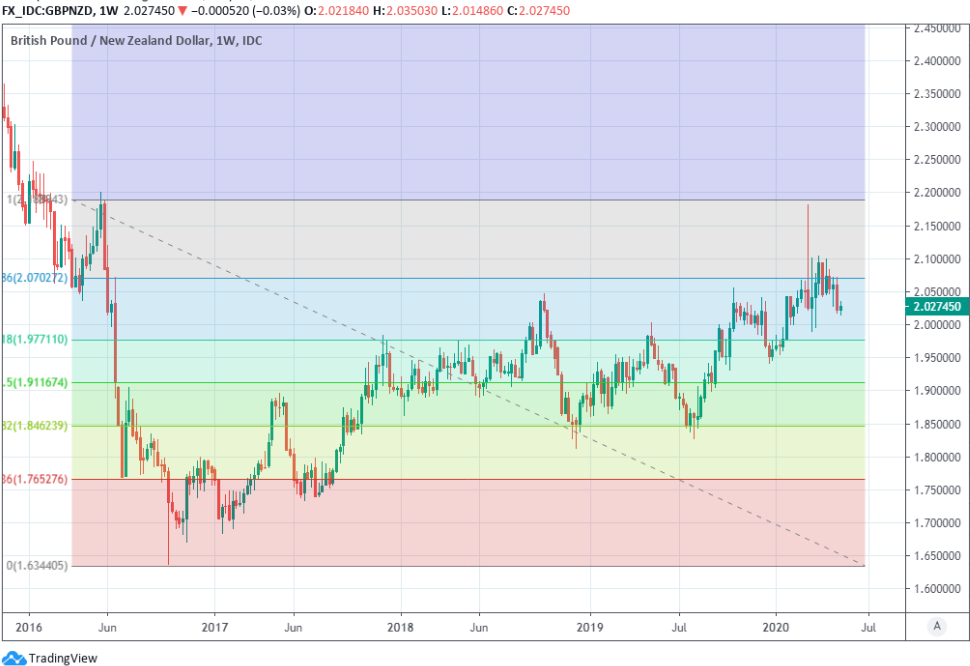 Above: GBP/NZD rate at weekly intervals, fails to sustain 2020 move above 78.6% Fibonacci retracement of 2016 downtrend.