The Lira advanced against the Dollar, Pound and Euro in a favourable market for risky currencies on Wednesday after the Central Bank of the Republic of Turkey continued its bid to reduce inflation which, alongside Ankara, may test the CBRT and Lira’s resolve over the coming months.

Turkey’s central bank reiterated its ongoing commitment that “the policy rate will continue to be determined at a level above inflation to maintain a strong disinflationary effect,” after announcing that the country’s 19% cash rate would be left unchanged until the next decision on August 12.

The decision was widely expected by economists but came in the wake of repeated calls from President Recep Tayyip Erdogan to cut interest rates this July or August, which is one reason why investors will be watching the Lira closely this summer.

“This suggests the central bank will likely delay the start of its easing cycle - if political forces allow such an action,” says Ima Sammani, an analyst at Monex Europe.

The cash rate was lifted by 2% to its current level back in March in a decision that quickly led to the firing of former CBRT chief Nagi Acbal and his successor Governor Sahap Kavcioglu is, barely more than three months into the role, already facing pressure to cut back borrowing costs. 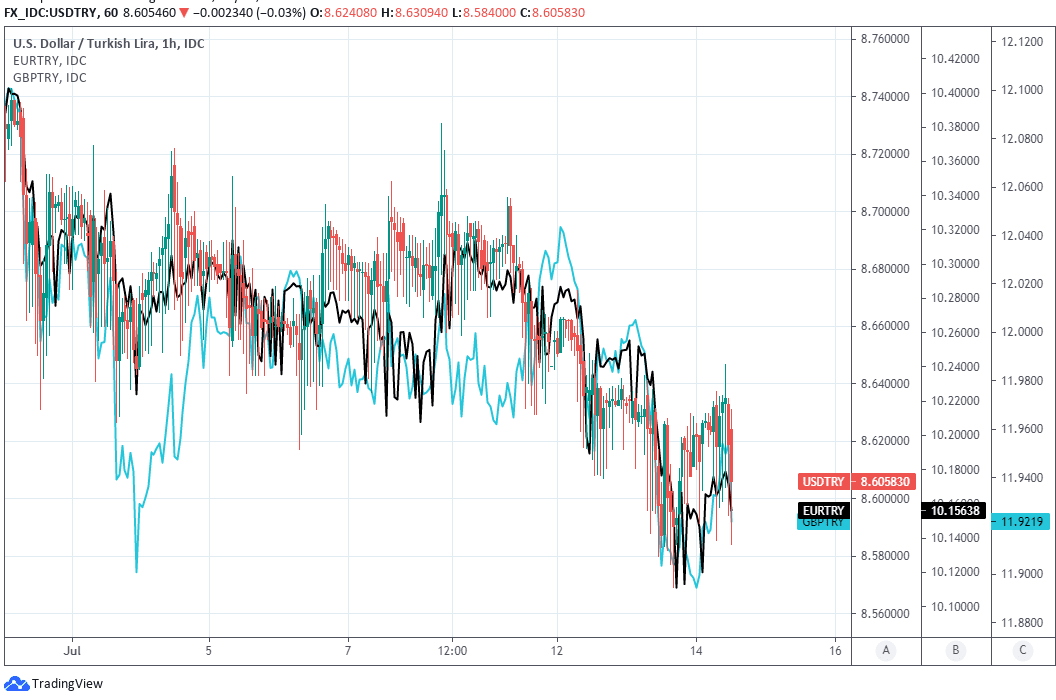 Political pressure results from the unorthodox belief in Ankara that interest rate cuts can be used to reduce inflation, which is the opposite reason to why many other central banks typically choose to reduce borrowing costs.

Whether the Bank caves this summer could be the difference between whether the Lira continues its recent month-long outperformance or spirals back toward early June’s all-time lows.

“The CBRT’s forecast of an inflation rate falling to 12.2% by year-end 2021 might be too optimistic. Higher commodity prices and weaker TRY may lead to upside surprises on inflation in the coming month,” says Murat Toprak, a CEEMA FX strategist at HSBC in a late June note.

The Lira has been an unlikely outperformer since early June when it set new all-time lows following the last calls from President Erdogan for rates to be cut, although any CBRT move to indulge Ankara this summer could be all the more perilous for the Lira than those which came previously.

So far the Lira has dodged the Dollar rally that followed last month’s Federal Reserve (Fed) statement, which indicated that its inflation and employment targets could be met earlier and interest rates be raised sooner than was previously guided for.

However, that guidance has had knock-on effects on central bank policies elsewhere, with many now preparing markets for increases to their own interest rates in policy pivots that could potentially make any fresh depreciation of the Lira all the more crushing.

“Inflation remains high and the risk of a premature rate cut keeps the TRY under downside pressure, in our view. Our year-end 2021 USD-TRY forecast is 8.65,” HSBC’s Toprak says.

The bank’s task of reducing inflation is made all the more difficult by the global inflation backdrop, which has seen prices of almost all kinds rising including commodities that feature prominently on Turkey’s list of essential imports.

Turkish inflation rose to 17.53% in June and the highest since 2018, while even after excluding volatile energy costs price growth was not far behind with an annualised 17.48% increase, although the risk is that both measures rise further before they are seen falling. 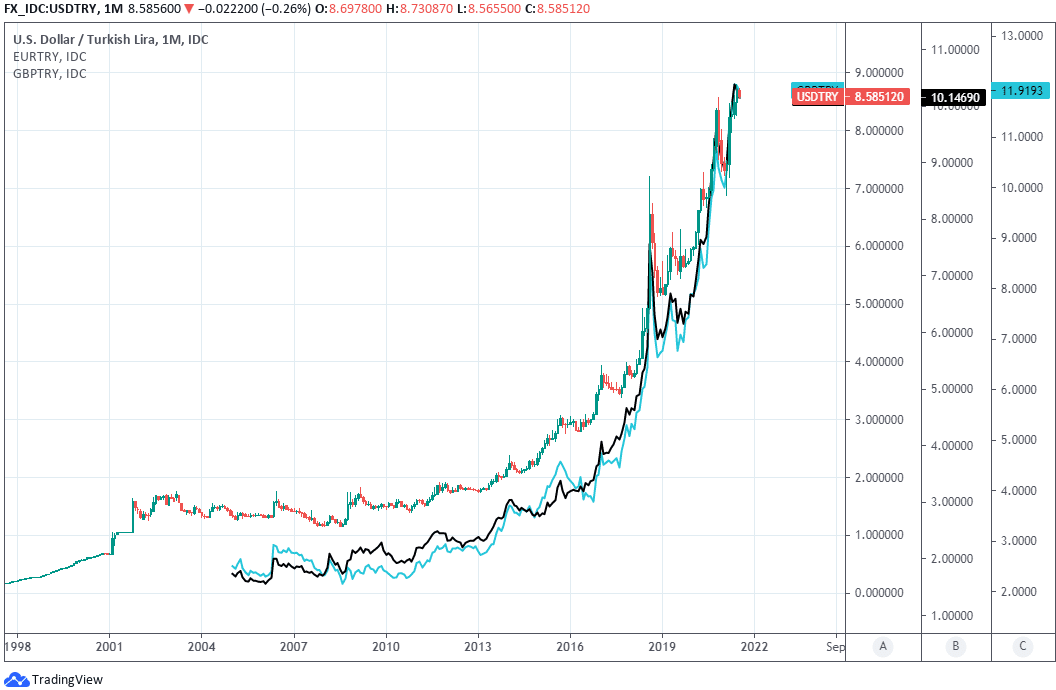 "There seems to be a high threshold for the central bank to decide to raise its policy rate in response to a possible further increase in inflation," says Nimrod Merovach, an emerging market strategist at Credit Suisse in a recent note.

Rising commodity prices and earlier currency depreciation connected to previous interest rate cuts are two reasons why Turkey’s inflation rates are so high, and also why it’s important for the bank to hold its nerve when it comes to cash rate decisions over the coming months.

The bank is locked in a lengthy battle to reduce inflation, one made more arduous by political pressure for interest rates to be reduced as they sometimes have in recent years, each time triggering currency depreciation which merely foments yet further and often higher inflation in later periods.

Market expectations of the CBRT are low when it comes to the question of whether it will stay the course, although this pessimism could potentially work to the Lira’s advantage if it means the market could be quickly persuaded out of its doubtful assumptions.

“Recent increases in import prices and administered prices, demand conditions, supply constraints in some sectors, possible volatility in inflation during the summer due to the reopening, and high levels of inflation expectations continue to pose risks to the pricing behavior and inflation outlook,” the CBRT says in its July policy statement.