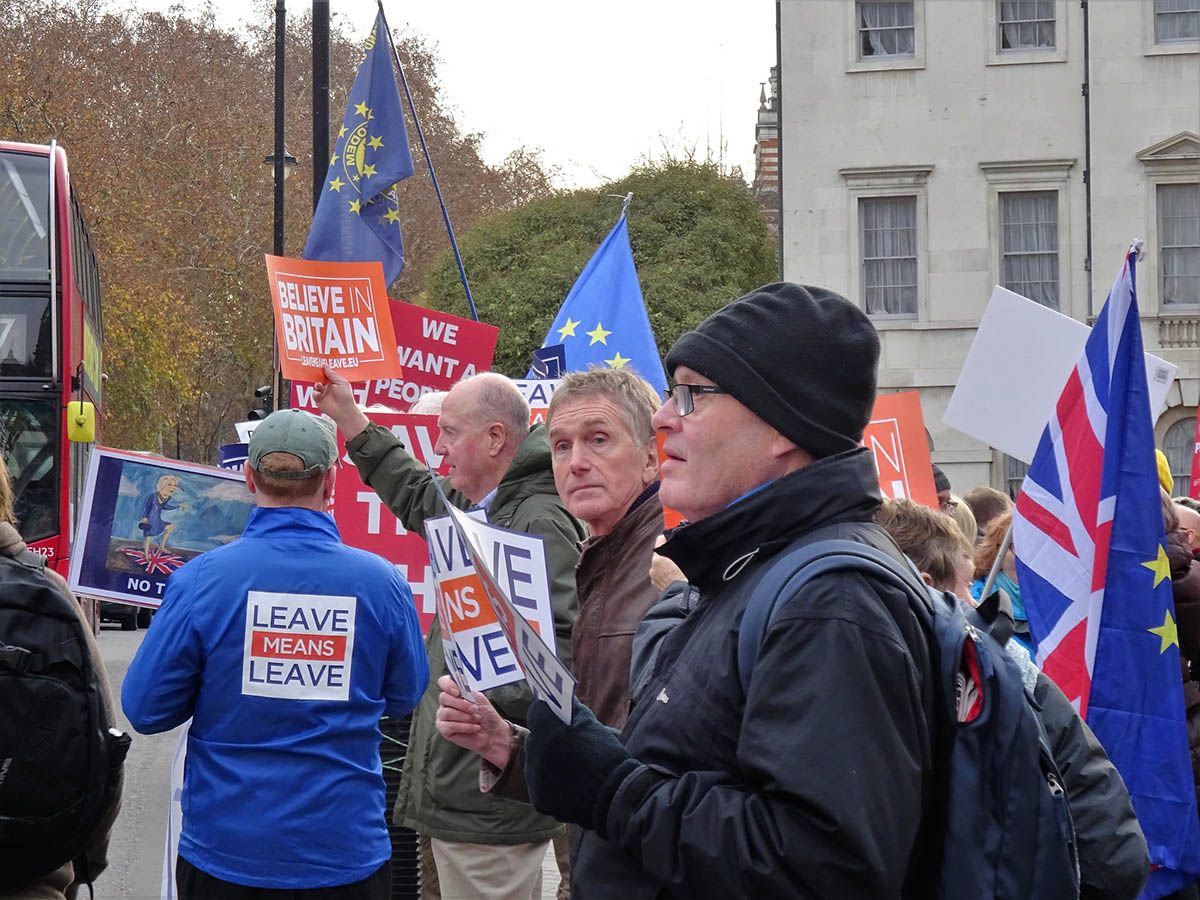 - Analyst says Pound can go higher if it passes

The British Pound remains well supported on Tuesday, with markets showing a confidence that the Government will ultimately succeed in passing legislation required to deliver an orderly Brexit through the Houses of Parliament by October 31.

Government published the comprehensive Withdrawal Agreement Bill (WAB) last night - which is the legislation required to enact the Brexit deal - and it is expected to be debated and voted on in Parliament today. There are expected to be two votes today, one is expected to pass relatively easily, the other could prove to be more tricky for the Government.

It will come as no surprise to readers that the success or failure of the WAB's passage through Parliament will have a sizeable impact on the direction of the Pound.

To complicate matters, there will be a number of votes for the legislation, and the opposition are expected to try and amend it, therefore we are facing a period of intense Parliamentary activity and we would expect Sterling to trade in volatile fashion around these votes.

The first vote is scheduled for around 7PM, and will be followed almost immediately by the second.

The first vote will be on the second reading of the WAB, it appears the Government has the numbers to pass this first hurdle, with even the DUP saying they will vote for the second reading and Labour potentially abstaining, to ensure it passes.

This is because passing the WAB at this point is not where the battles lie. The battles lie when the opposition attempt to ammend the legislation, which, if successful, would ultimately spoil the legislation and potentially see the Government withdraw the whole Brexit deal. 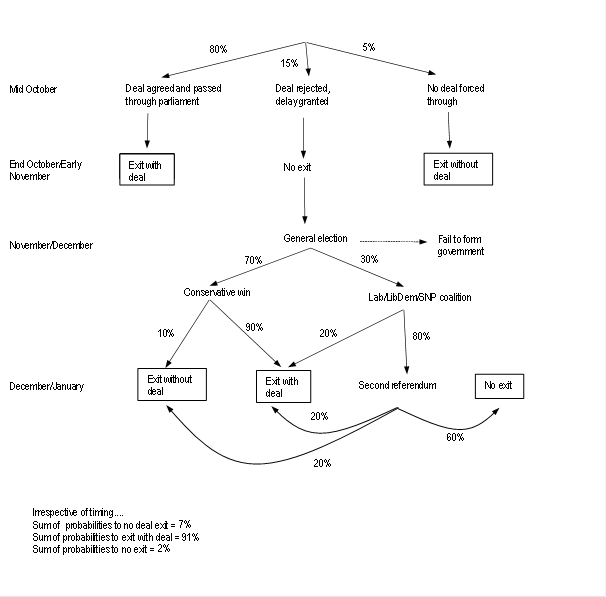 It will certainly come as a positive signal to markets if this first vote passes, as this would prove to be the first fundamental vote for a Brexit deal that creates some momentum for the Government.

"Most pundits think the government has the numbers to win the vote today on whether MPs agree with the deal in principle and if that is the case, the battleground will be the amendments to the bill in the coming days and the 'timeline motion'," says Adam Cole, a foreign exchange strategist with RBC Capital Markets. "The market reaction should simply be GBP up if the bill passes; down if it does not."

The timeline motion mentioned by Cole, or the programme motion, is the second part of the process that will be put to vote today and will prove to be more tricky for the Government.

This is essentially a vote on the timetable required to pass the legislation. The Government wants this Bill fast-tracked through Parliament in order to meet the October 31 deadline. Leader of the House, Jacob Rees-Mogg wants the House of Commons passing on the WAB to the House of Lords by Thursday at the latest, however MPs believe there needs to be more time to scrutinise the legislation which runs to 110 pages.

"The ratification process will almost inevitably cause a Brexit delay. Nevertheless, Boris Johnson is likely to succeed in getting a majority for his deal. Timing plays only a minor role," says Marc-André Fongern at MAF Global Forex.

It therefore suggests that voting down the timetable is by no means catastrophic for the Brexit deal, and we would imagine Sterling to remain relatively well supported in such an outcome. 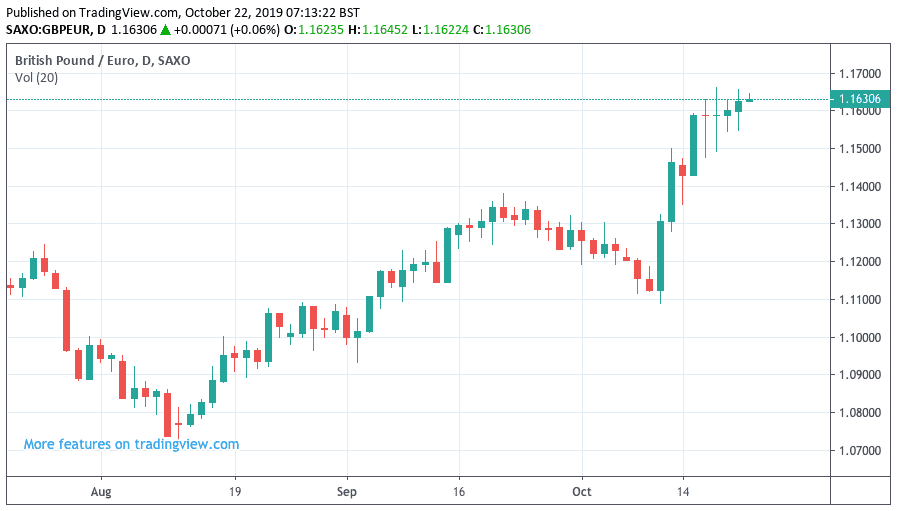 Above: GBP/EUR since July. Steadily decreasing expectations that a 'no deal' Brexit would happen at the end of October are behind the Pound's gains.

"No Reason for a Collapse in GBP"

Whatever happens in the Houses of Parliament, from a currency market perspective we will this week know whether a deal can be passed by the current Government, and if successful then further upside in Sterling is possible.

"If the UK House of Commons vote in favour of the deal, GBP/USD could rally towards 1.3500 over the medium term," says Kim Mundy, a foreign exchange analyst with Commonwealth Bank of Australia.

Failure to pass the deal would put the Pound under pressure, but crucially downside appears to be limited.

The Pound has been steadily rising since late July when it first started becoming clear to foreign exchange market participants that the risks of a 'no deal' Brexit were starting to fall, however the recent strong gains come as markets saw the prospect of a Brexit deal materialising.

It remains the case that a Brexit deal remains a best-case scenario for Sterling under current circumstances.

"It is positive for Sterling that the risk of a no deal Brexit has been reduced to a minimum, but the political toing and froing enters the next round," says Antje Praefcke, FX analyst with Commerzbank. "If Parliament rejects the first vote, the entire legislation is dead. If it rejects the program motion on the time table, there is no chance for an orderly Brexit at the end of the month. And either way it would be a slap in the prime minister’s face. The biggest slap would be if none of the two votes today was positive."

Ultimately, success in passing a deal makes a 'soft' Brexit possible by 31st October, and according to Praefcke such an outcome is "probably the most advantageous scenario for Sterling."

Indeed, for the Pound, the most critical development of late has been the moving away from a 'no deal', this means that the year's lows seen in July are unlikely to be tested again anytime soon.

Therefore, those watching the Pound should be aware that the risks are now to the upside, and weakness will likely be limited in nature.

"Uncertainty remains high, but Sterling apparently embraced that idea that a no-deal Brexit has become unlikely. Today, it will become clear whether PM Johnson via an accelerated procedure, will be able to push a Brexit deal through Parliament. A delayed procedure might slow the recent Sterling rally. Even so, for now, we have the impression that any Sterling correction might be moderate," says Mathias Van der Jeugt, an analyst with KBC Markets.

"There is no reason for a collapse of GBP. And if Parliament passes the deal after all? In that case Sterling could appreciate more significantly. The 1.30 level in GBP-USD and 0.86 in EUR/GBP would then probably be breached very quickly," says Ulrich Leuchtmann, Head of FX & Commodity Research at Commerzbank in Frankfurt.