The Euro-Dollar exchange rate cheered on Thursday after the European Central Bank (ECB) carried out a widely anticipated recalibration of its monetary policy settings while saying little about recent gains made by the Euro, indicating that currency strength may no long be such a strongly felt concern at the bank.

European policymakers left all of the ECB's main interest rates unchanged following their December meeting, in line with market expectations, but agreed to expand the bank's coronavirus-related quantitative easing programme.

Rates charged or otherwise paid on the ECB's main refinancing operations, marginal lending facility and deposit facility remained unchanged at 0.00%, 0.25% and -0.50% respectively, although its allocation of newly created Euros to the Pandemic Emergency Purchase Programme (PEPP) was raised by €500bn to a total of €1.85 trillion.

PEPP is the banner under which the ECB buys European bonds for reasons relating to the pandemic, something it now intends to continue doing for an additional nine months, meaning coronavirus inspired quantitative easing programme will now continue until at least the end of March 2022 rather than the end of June 2021.

The bank also tweaked a range of other instruments amid a second wave of coronavirus infections that has seen all of Europe's major economies placed under varying degrees of renewed 'lockdown' this quarter.

"While today’s policy package may be somewhat unexciting for some market participants, the ECB will be pleased to have largely steered market expectations in the right way. Unexciting if not almost boring – as in “the ECB watches the Eurozone economy’s back whatever betide” – is exactly how the ECB wants to be seen. Stay tuned for the press conference," says Florian Hense, an economist at Berenberg. 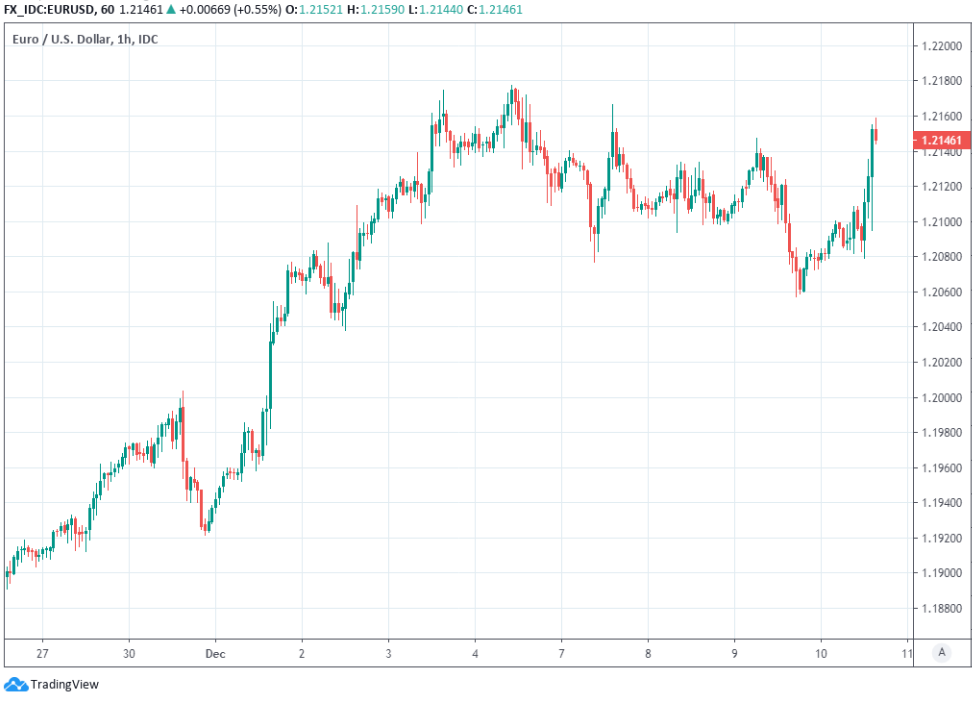 The ECB said it will at the same time continue buying €20bn per month or €240bn per year as part of its original quantitative easing programme, otherwise known as the Asset Purchase Programme. However, the ECB didn't stop there as the bank is also extending the duration of its Targeted Longer-term Refinancing Operations (TLTRO III) so that more favourable terms remain available until the end of June 2022 rather than being withdrawn sometime between June and December 2021.

Europe's TLTRO programme enables commercial banks to borrow amounts equivalent an increased 55% share of a qualifying loan book at a negative interest rate of -1%, making them lower cost loans than any that might otherwise be taken out at any of the ECB's official interest rates, in the hope that such favourable terms encourage more lending to companies and households in the real economy.

"These steps are real central bank engineering, something ECB President Christine Lagarde called ‘recalibration’ at the October meeting, but no actual stepping up of monetary stimulus. Instead, the ECB’s main aim is to extend the current level of monetary accommodation until mid-2022," says Carsen Brzeski, chief economist at ING.

All of the ECB's actions had been anticipated by analysts, economists and investors so didn't upset the Euro when announced on Thursday.

Europe's single currency actually rallied throughout much of ECB President Christine Lagarde's afternoon press conference, in which the continent's top monetary policymaker said little about the EUR/USD rally that had previously riled economists and rate setters at the bank in September and October.

There were fears back then that a rising Euro would reduce import costs, pushing the ECB's 2% inflation target further beyond reach in the process, although since October the Chinese Yuan and many emerging market currencies have risen substantially further, which has reduced the impact that a rising EUR/USD has been able to have on the overall trade-weighted European exchange rates. Lagarde said Thursday only that "We will also continue to monitor developments in the exchange rate with regard to their possible implications for the medium-term inflation outlook," indicating the bank may no longer see such a need to panic. 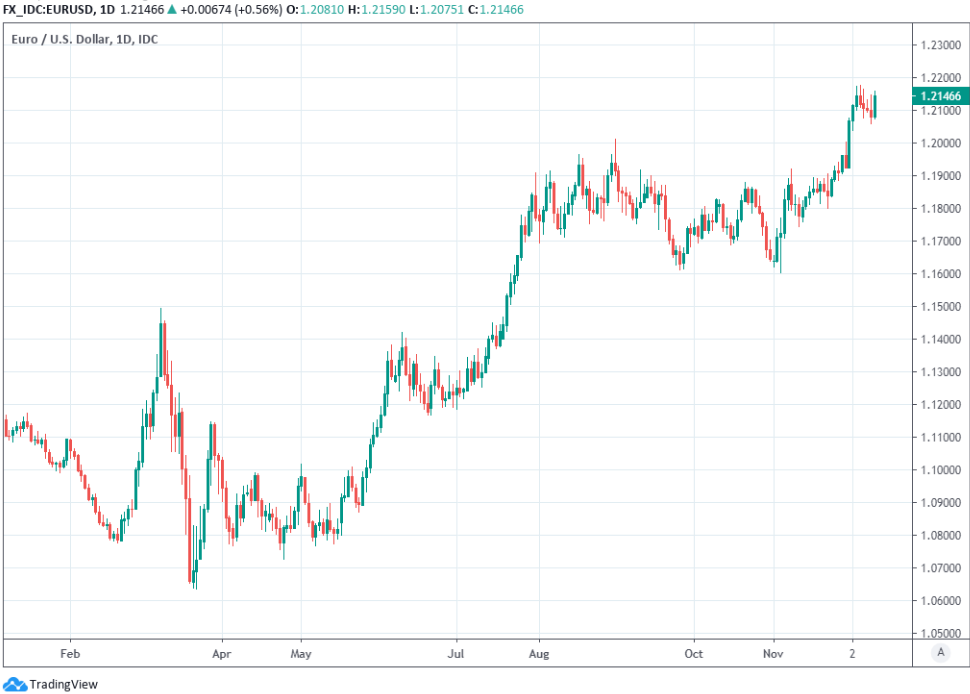 Market fears of what the ECB might do in order to discourage the Euro from rising were succesful in keeping EUR/USD trapped beneath the 1.20 handle for much of the time between early September and the beginning of December when its was finally overcome.

"The ECB has not been that active in driving a message that faster balance sheet expansion is less linked to the transmission of policy than to the broader inflation risks and disinflationary impact of a strong currency," writes Dominic Bunning, a strategist at HSBC in a Monday research note. "This could facilitate a more positive market reaction to QE in European asset prices."

Europe's main exchange rate has been lifted more than 8% in 2020 despite the pandemic, although mostly due to an ongoing investor exodus from the U.S. Dollar, and has continued to rise even as renewed restrictions on activity pushed the continent's economy in the direction of a double-dip recession. The Euro area rebounded strongly out of its earlier trough in the third quarter but is expected to contract anew in the final months of the year.

The Eurozone would enter a double-dip recession if the economy contracts again in the first quarter of 2021. Economists have always said this is unlikely, although more so now given the early stage rollout of the Pfizer & BioNTech coronavirus vaccine, which began in Britain this week but will soon expand to other countries also. The vaccine rollout is expected to bolster an already-anticipated 2021 global economic recovery, which has been tipped to lift the Euro back to levels last seen in 2014 in some cases.

"We think that the euro will make further ground against the dollar over the next two years for three key reasons. First, we expect the monetary and fiscal policy backdrop to remain supportive even if most of the good news on the euro-zone political front is now probably discounted. Second, we forecast the gap between long-term real yields in the euro-zone and the US to continue to favour the euro," says Simona Gambarini at Capital Economics. "Third, the global economy and trade will recover further in our view, allowing appetite for risk to continue to increase...Our end-2021 and end-2022 forecasts for the dollar/euro exchange rate are $1.25/€ and $1.30/€ respectively."