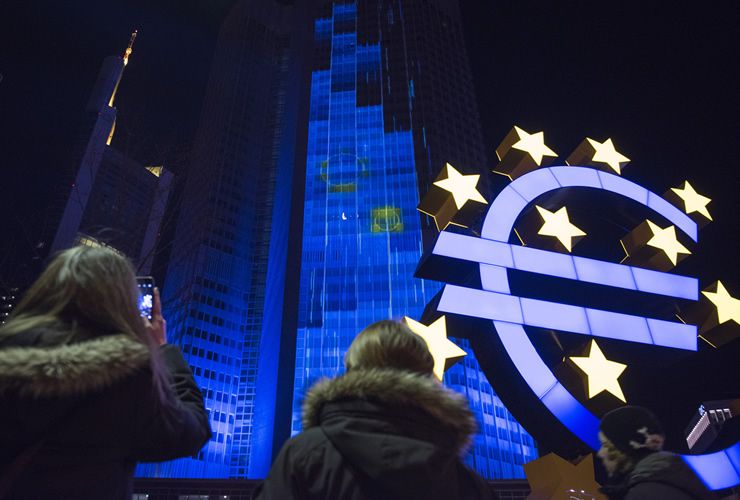 The moves were exacerbated by Peter Navarro, the head of the US National Trade Council, who accused Germany of using a “grossly undervalued” Euro which is giving it “an advantage over its main partners”.

This continues the theme pushed by Trump that the US is unfairly disadvantaged by its global trading partners, such as Germany and China who benefit from artifically weakened currencies.

The Euro's strength following the comments suggest markets are wary that Trump will enact stricter trade conditions on Europe that could slow German exports, which in turn could chip away at Germany's gargantuan current account surplus.

This would likely see a return of Germany's global investments which would in turn push the Euro higher.

The Euro rallied on a reported jump in Eurozone inflation, which rose to 1.8% on an annualised basis in January.

This is well ahead of the 1.6% reading forecast by analysts.

Inflation is cruising higher and it could soon therefore hit the European Central Bank's targeted 2% rate.

From a currency perspective this is significant as the reasons for the ECB to not withdraw its EUR-negative stimulus programme are growing thin.

And foreign exchange markets appear to be betting that ECB President Draghi and his team know this and are thus bidding the Euro higher in anticipation of a looming change in direction at the Eurozone's central bank.

However, some believe this assessment would be wrong.

The key number to look at, if you are looking at inflation through the eyes of an ECB member is the core inflation rate, i.e that bit of the inflation data that strips out fuel.

Core inflation was unchanged at 0.9% year-on-year and has therefore not been above 1.0% since October 2015.

"We do not expect the higher inflation figures to change the ECB's monetary policy stance, as the underlying price pressure is still weak. Although some ECB members have started to express a more hawkish stance recently, consensus in the ECB seems to be that core inflation also needs to rise before the ECB will discuss tapering. We still believe the ECB will announce a third QE extension this year," says Pernille Bomholdt Henneberg, Senior Analyst at Danske Bank in Copenhagen.

Danske expect core inflation to stay low at 0.9% on average this year, primarily as labour market slack in the periphery countries should keep wage growth subdued.

Core inflation will, in Danske's view, be supported by an indirect impact of the higher oil price but this should not be enough to bring core inflation persistently above 1.0%, as there is less tailwind from a euro depreciation (see more about the main drivers of core inflation below).

If Danske are right, there is therefore a risk markets have misplaced their optimism.

It was not just inflation that got markets ticking though - Eurozone GDP rose to 1.8% on an annualised basis, higher than the 1.7% forecast on the back of a 0.5% jump in the fourth quarter of 2016.

"The European recovery is widespread both geographically and across sectors, which suggests that it’s pretty robust," says Eric Nielsen at UniCredit Bank in London.

And, the unemployment rate for the Eurozone fell to 9.6%, analysts had forecast it to read at 9.8%.

As is the case with the CPI data - all signals are pointing to the need for the ECB to withdraw stimulus.

“The latest set of key figures for the Eurozone are markedly positive, but that won’t ease all the pressure on Mario Draghi. Rising inflation and solid growth throw the ECB’s loose monetary policy right back into the spotlight,” says Paul Sirani, Chief Market Analysts at XTrade.

ECB to Step Back?

Analyst Fawad Razaqzada at Forex.com believes the time for the ECB to start paring back on its gargantuan asset purchase programme might finally be nearing:

"The European Central Bank’s large bond buying programme appears to be finally working its magic. Inflation is on the rise, unemployment is falling and the economic bloc is – believe it or not – growing, all thanks to years of zero interest rates, several versions of bond purchases programme and a resulting weak currency.

"Today’s mostly stronger-than-expected macro pointers from the Eurozone suggests that for the first time, the ECB may seriously consider tapering its QE stimulus programme in order to avoid overcooking inflation." 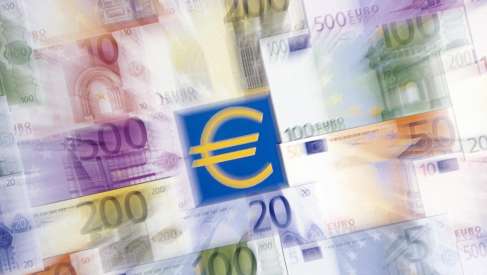