At the time of writing the conversion rate is seen at 1.3862 - the best exchange rate seen in a month.

As the chart below shows, the GBP to EUR exchange rate has been caught firmly between 1.36 at the bottom and 1.38 at the top. We put the graph together ahead of the sterling rally - it does however serve to show that the break above 1.38 is a potentially significant development for the pair's outlook.

A break above 1.38 potentially open the door for a run towards 1.40, alternatively we could be witnessing a false break in which case the gravity of the 1.36-1.38 area will suck the pair lower once more. 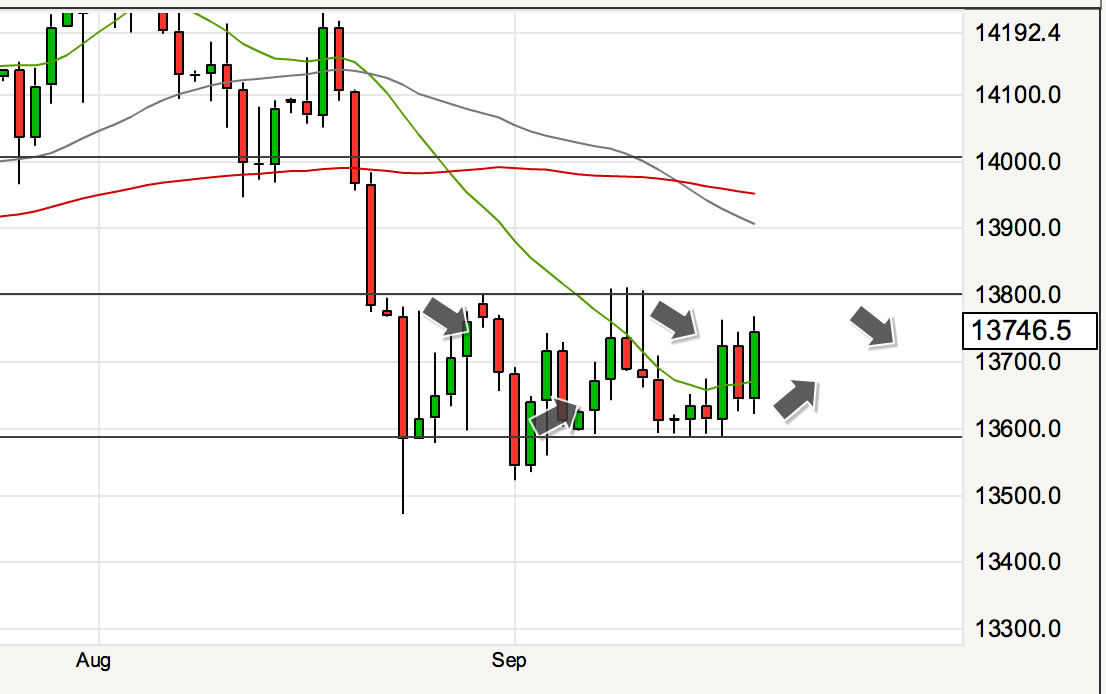 Having spoken to a leading broker last week I have been told there is a huge amount of interest in the 1.40 figure with orders packed around this level.

Those with large outstanding euro payments should be aware of what a good rate looks like. Is 1.40 a realistic prospect over the course over coming days or weeks?

We think not - 1.40 is possible for those with a timeframe encompassing a few months and those with imminent payments should happier with 1.38.

There is little of interest on the UK calendar over the next five days which leaves the euro side of the equation dominant.

Outlook for the Euro Exchange rate: ECB Risks Are Growing

Central bank policy remains at front and centre of currency market moves at the present time with divergence in policy being key to where markets move.

The euro has fallen through much of 2014 and 2015 thanks largely to the ECB's policy of quantitative easing - the pumping of billions of euros into the economy to try and prop up demand.

Markets have priced the euro exchange rate complex for a programme that will see 60 billion euros a month made available by the ECB as they purchase a combination of public and private debt. Any signs that this number could be enlarged will ultimately push the EUR lower.

This is what appears to now be happening. Peter Praet, executive board member and chief economist of the ECB, told a Swiss newspaper on Monday the 22nd that the central bank is ready to expand its program of asset purchases, which currently involves buying €60 billion ($68 billion) in public and private debt every month. The program is currently slated to end in September 2016.

Last week we ECB member Coeure who said they could extend QE beyond September 2016 if necessary.

“Clearly the European Central Bank is worried about the outlook for the economy and the persistently low level of inflation so while boosting the size of their Quantitative Easing program is ten times more complicated for the ECB than for the BoE, Fed or BoJ, the mere notion that they are considering increasing stimulus should be enough to cap the EUR/USD rally above 1.15,” says Kathy Lien, a professional trader at BK Asset Management.

"We still believe the EUR should remain an under performer and will be listening to the European speakers later today for any hints about the risk of further stimulus.

"While we are looking for EURUSD to gradually decline back towards the lows set earlier this year around 1.0450, the recent strong UK data should also keep the GBP in out-performance mode and so remain bearish EURGBP. Support in the former lies at 1.11/1.1090 and in the latter .7240/.7190. We look for a break of these levels to open further weakness."

ECB President Mario Draghi is testifying in Brussels mid-week and like his counterparts at the central bank, he will most likely remind us they stand ready to increase Quantitative Easing if necessary.

Any such hint could see the euro exchange rate complex sink like a stone.

Trade Negotiations: No Deal Yet, but Pound Sterling is Chipper ahead of the Weekend