The UK's public sector spending deficit in 2020/21 stood at £303BN according to new data released by the ONS on Friday, which amounts to 14.5% of GDP and is a new post-war record.

However the figure is lower than the projection set out for the Office for Budget Responsibility (OBR) at £327BN, leading some economists to say the country's finances should stabilise and recover faster than many are expecting.

The ONS says the extra funding required by government coronavirus support schemes combined with reduced cash receipts and a fall in GDP have all helped push public sector net debt as a ratio of GDP to levels last seen in the early 1960s.

Tax intake was down £34BN on the previous year while spending was up £203BN.

£78BN of this was spent on the furlough scheme. 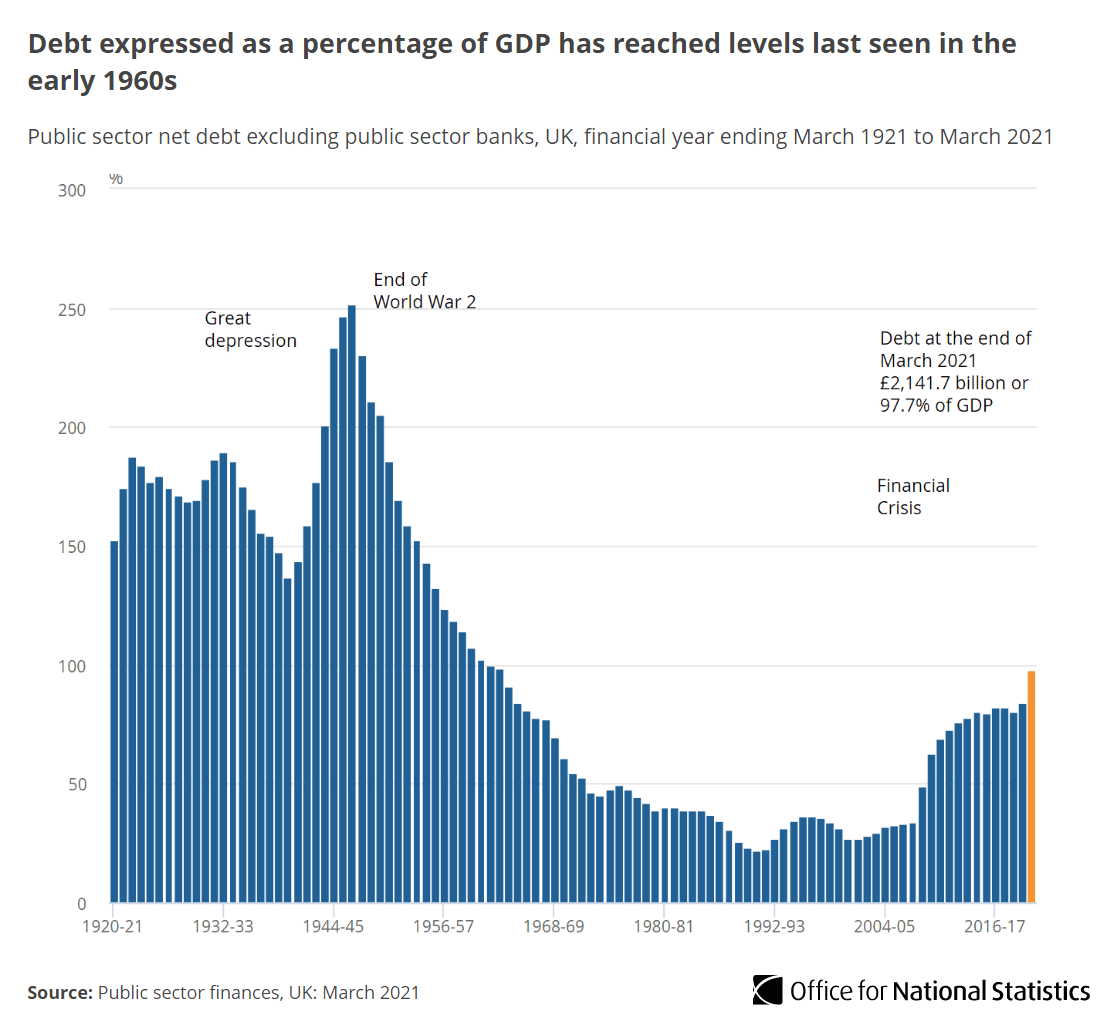 The ONS says PAYE Income Tax in recent months were however stronger than initially expected by the OBR and continues to suggest that the loss of jobs (or lack of jobs growth) is at the lower end of the income distribution where average PAYE rates are lower.

They explain changes in debt interest are largely a result of movements in the Retail Prices Index to which index-linked bonds are pegged. 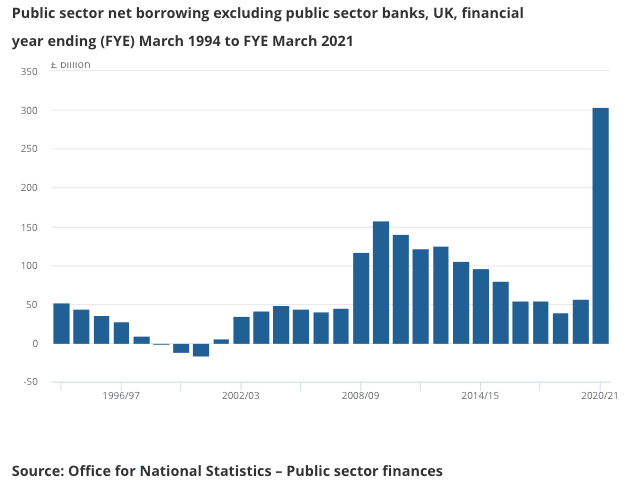 Despite the UK posting its worst public sector finances since 1947, the situation should stabilise if growth accelerates over coming months.

"The further rise in public borrowing in March rounded out the worst year for the public finances since 1947. But borrowing was £24.3bn lower than the Office for Budget Responsibility (OBR) predicted just a month ago. And if we are right in thinking the economic recovery will be faster and fuller than the OBR anticipates, borrowing will probably also fall more quickly than the OBR expects further ahead," says Ruth Gregory, Senior UK Economist at Capital Economics.

"But the OBR’s GDP forecasts look too pessimistic to us. If we are right, borrowing may be lower than the OBR expects which may mean that the extra tax hikes and spending cuts that most fear may not materialise," says Gregory.