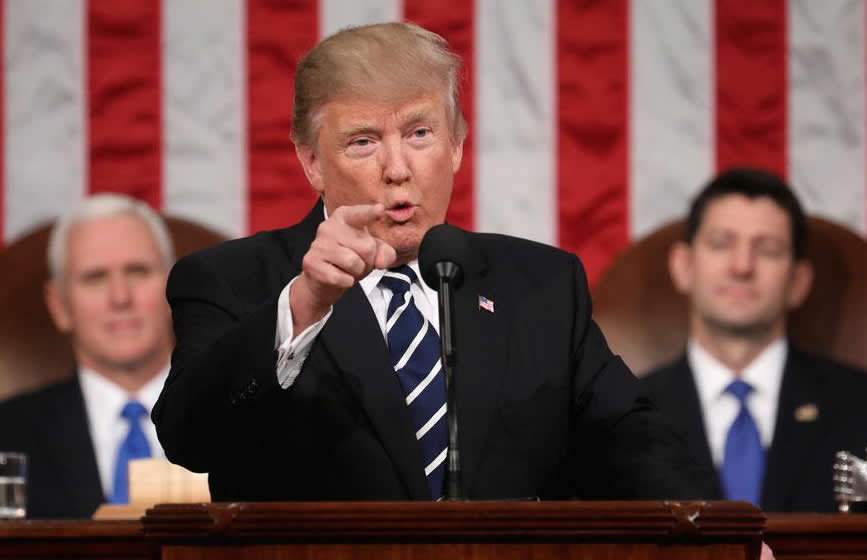 The Canadian Dollar remains perky but analysts remain wary of longer-term valuations owing to the prospect of diminished trade relations with the United States.

The Canadian Dollar has risen - perhaps suprisingly - given the ongoing inflammatory trade dispute over commercial aircraft tariffs which has shown just how brutal the Trump administration intends to be when pursuing an 'America First' policy.

The eyes of employees of Canada's Bombardier were on Prime Minister Justin Trudeau as he visited his US counterpart Donald Trump with hopes he could perhaps reverse a decision to place a 300% import tariff on Bombardier's C-Series aircraft.

Trudeau's private talks with President Trump come just before the formal start of the next round of NAFTA talks. Trudeau acknowledged Canada had to be ready for "surprises" from the Trump administration which is known for acting unconventionally but expressed optimism about the outcome of the impending talks, saying trade between US and Canada was simply too important to be stymied.

The same could also be said of the Canadian Dollar which derives a great deal of its valuation from export of goods into the United States across various industries.

"My optimism towards NAFTA, toward a re-negotiation, isn't based on personality or reading political tea leaves, my optimism is based on the fact that I know how good NAFTA has been for millions of citizens of Canada, of the United States and indeed for Mexico," says Trudeau.

"I Think CAD is in a Very Dangerous Position Right Now"

Yet his optimism is not shared by veteran of the markets and ACLSGlobal's Chief Strategist, Marshall Gittler, who suggests Trudea might be a little gullible in believing a beneficial deal could be struck with Trump.

"Canadian PM Trudeau was optimistic after his meeting with Trump to discuss NAFTA and said It was 'very possible to get a win' for all sides. If Mr. Trudeau really believes that, then I recommend that he read today’s New York Times, which has a headline: 'Trump’s Talk of Scrapping Nafta Could Soon Become Reality'," says Gittler in a note to clients.

In terms of impact on the Canadian Dollar, Gittler had this to say: "I think CAD is in a very dangerous position right now. I expect the Nafta talks to go badly, at least in the beginning, and for CAD to weaken as a result."

In the short-term, however, there is a posisbility that another driver will underpin the CAD.

The currency is highly correlated to Oil prices as this is Canada's largest export and there is a risk these could rise quite soon as a result of Donald Trump's efforts to break the US's nuclear deal with Iran.

The deal was struck in 2015 by President Obama and reopened trade with Iran in return for the country promising not to develop a nuclear weopen programme.

However, even though iran has complied with all the conditions of the agreement and regularly allows weopens inspectors to check sites- and despite his own defence minister arguing the agreement should be maintained, Trump wants to 'de-certify' it.

Decertification is not the end of the deal but a political withdrawal of commitment, accoriding to ACLSGlobal's Gittler, which signals to Congress, "that it can reimpose sanctions on Iran when next the sanction wavers expire next January."

A remimposition of sanctions will almost certaintly hurt the country's oil production and this will probably impact on global oil prices, since Iran is one of the largest prodcers in the middle east.

This could very well cause a rise in oil prices which would have the knock on effect of pushing up CAD. 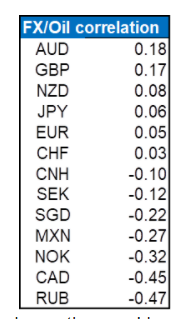 Pic 1: the lower down the list the more correlated.

"Higher oil prices tend to be beneficial for RUB, CAD, NOK and MXN. The table shows the weekly correlation between that currency (against USD) and Brent over the last five years. CAD is probably the best currency to play the oil market with, as it combines high correlation with relatively narrow spreads," says Gittler.

Yet he also recommends trading the potential oil spike from Trump's attack on iran by trading the Brent oil versus WTI spread, by buying Brent and simulataeously selling WTI, because Brent is more sensitive to middle east oil developments. 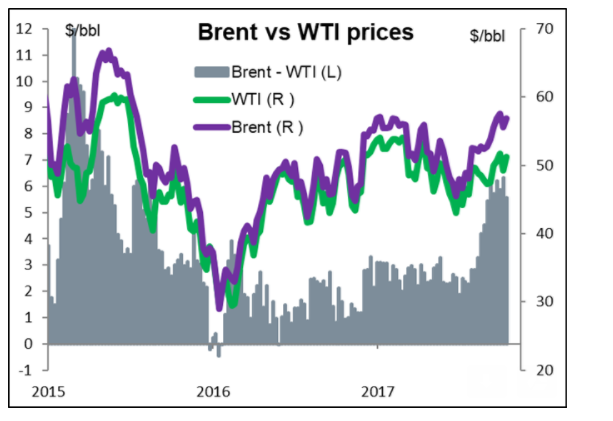