The Canadian Dollar slipped toward the bottom of the major currency performance table on Tuesday, lifting GBP/CAD and USD/CAD in the process after Statistics Canada suggested the economy underperformed market expectations last quarter, as well as at the opening of the current quarter.

Canada’s Dollar underperformed even as other commodity currencies revelled in a further retreat of the U.S. Dollar after Statistics Canada revised down its estimate of first-quarter economic growth, announced a contraction for the second quarter and warned that economic output is likely to have shrunk further in July when many in the market had anticipated a strong bounce connected with the reopening from Canada’s latest ‘lockdown’.

“A cooling off in home resales and a substantial decline in exports more than offset the gains in residential construction and business investment. Consumer spending fared only slightly better,” says Royce Mendes, an economist at CIBC Capital Markets.

“The third quarter also didn't get off to as hot a start as we had anticipated, with the July flash estimate only suggesting an increase of 0.4%, despite public health restrictions continuing to ease,” Mendes writes in a note to clients following the release.

Canadian GDP did rise by a smart 0.7% for the month of June, in line with the flash estimate provided by Statistics Canada last month, but but the economy shrank at a quarter-on-quarter pace of -0.3% in the three months to the end of June and at at annualised rate of -1.2%, leaving overall Canadian GDP around 1.5% smaller than it had been in February 2020. 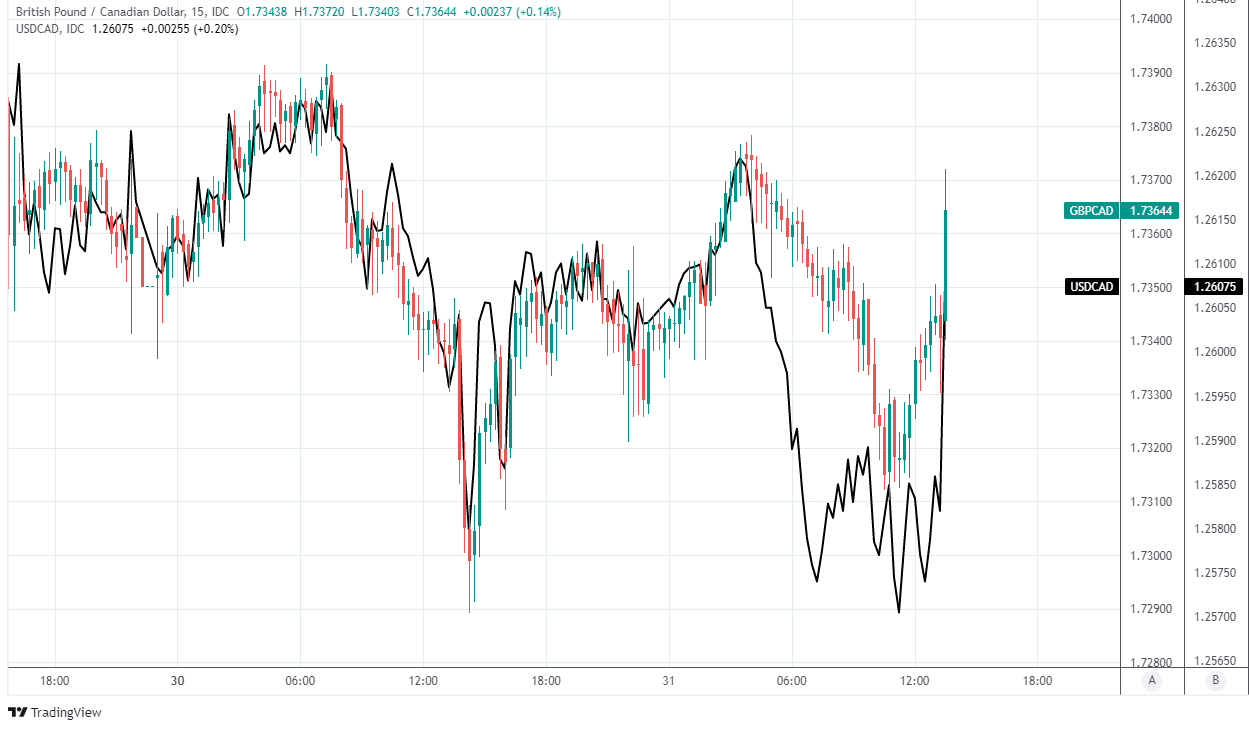 The second quarter decline in GDP was deeper than it might have otherwise been following a revision of Statistic Canada’s initial estimate of the contraction seen in May that came in receipt of more comprehensive data, with the initially reported decline of -0.3% revised to -0.5%.

However, Statistics Canada’s estimate of a -0.4% decrease in GDP during July and the opening of the third-quarter may have been more concerning to the market and the source of the Canadian Dollar’s subsequent sharp losses as the economy had been expected to rebound through summer.

While Canadian GDP growth could yet return, the poor second quarter and weak opening to the third potentially casts doubt over Bank of Canada (BoC) economic forecasts and asks awkward questions of financial markets that have continued to assume in recent weeks that the BoC could lift its interest rate as soon as the early months of next year.

“Overall, it seems that the Canadian economy wasn't on as strong a footing as we had believed, and with the fourth wave now seemingly here, the economy faces another storm to navigate,” says CIBC’s Mendes.

With the main Sterling exchange rate GBP/USD little changed on the day, Pound-to-Canadian Dollar rate gains were entirely the result of the rally in USD/CAD, which reflects Canadian Dollar weakness.

“The GBP is finding support around minor trend and 55-day MA support at 1.73 and short-term price action does suggest very good support for the GBP on weakness today which may strengthen the base near 1.73,” says Juan Manuel Herrera, a strategist at Scotiabank.

“The daily and weekly DMI oscillators remain bullishly aligned for USDCAD at the moment. We think the USD remains effectively range bound in the short to medium term between 1.25/1.30 and we are still inclined to look to buy USD dips nearer the lower end of that range,” Herrera adds. 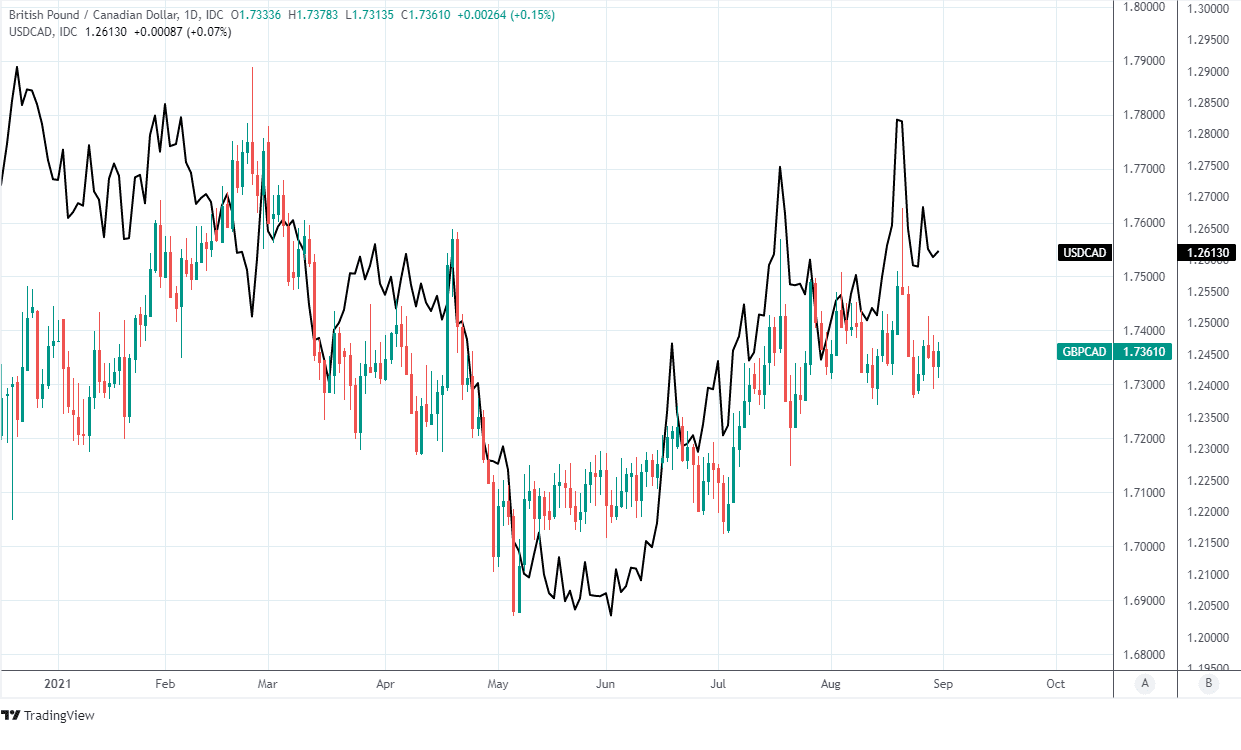