The Canadian Dollar has drawn another institutional advocate with Commonwealth Bank of Australia tipping it as a buy in anticipation of a global economic recovery that drives a five percent rally back to January 2018 levels, potentially curtailing any further recovery in GBP/CAD.

Canada's Dollar has stalled this week as currency demand appeared to favour safe-havens as well as Sterling and the Euro which, due to their renewed state of 'lockdown, had most to gain from the announcement that coronavirus vaccines from Pfizer and Moderna have proven effective in clinical trials.

But analysts see a vaccine as a possible guarantor of the economic recovery once into 2021, with a global rollout gradually facilitating a likely-uneven return toward normality that would be expected to lift commodity prices and the currencies which are part underwritten by them.

"The implication is the global economy is at the cusp of entering the “sweet spot” of a cycle where growth prospects are more favourable and inflation remains subdued. Commodity sensitive currencies are poised to benefit," says Elias Haddad, a senior strategist at Commonwealth Bank of Australia.

With unemployment above pre-virus levels and labour markets still in disrepair across vast parts of the global economy, already-low levels of inflation are widely expected to become even more negligible in the year ahead while the pace of growth picks up with the recovery.

This is a well established recipe for gains in stock markets and positively correlated currencies that would typically weigh on the U.S. Dollar. 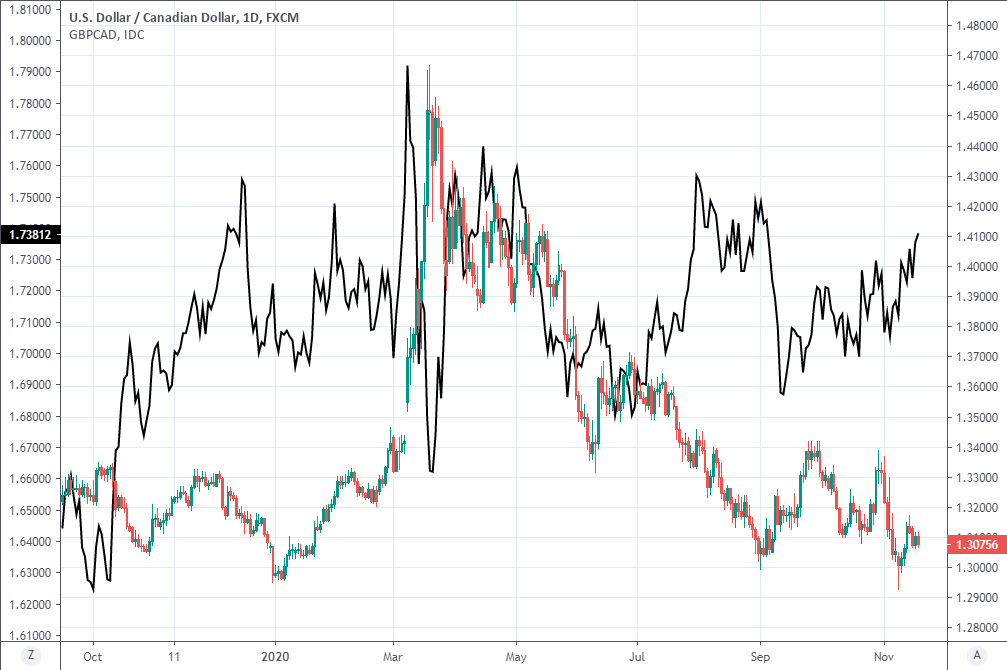 Canada's Dollar is positively correlated with  stock markets and oil prices, which is partly why it's expected to be a prime beneficiary of the U.S. Dollar downturn and recovery of commodity prices anticipated by consensus for 2021.

But CBA says the Loonie's upward momentum should be bolstered by investors' abandonment of now "stale" wagers against it, which would require investors to sell USD/CAD, and the increasingly onerous imperfections of the U.S. Dollar.

"USD/CAD has room to sustain a break under key support at 1.3000 as speculators unwind stale net short CAD positions," Haddad says. "USD needs to adjust lower to attract long term foreign investments to the US and finance the country’s widening current account deficit. In contrast, Canada has a basic balance surplus,"

CBA is looking for USD/CAD to fall to January 2018 lows of 1.23 over the next one-to-three months, implying more than five percent upside for the Loonie. But if these gains are large, Sterling's will have to be larger if the GBP/CAD rate is to avoid declining over the same period given that it always closely reflects relative price action in USD/CAD and GBP/USD. That could mean there's still a lot to be determined by the outcome of the Brexit process for GBP/CAD.

The Pound-to-Canadian Dollar rate would come under pressure if USD/CAD fell to 1.23 and Sterling was unable to match the Loonie's gain over the greenback, which is a feat that might be unlikely even if the government is successful in securing a now-widely anticipated Brexit trade deal with the EU. The main Sterling exchange rate GBP/USD would have to rise above the 1.40 level not seen since the night of the Brexit referendum just to prevent GBP/CAD from falling in a world where USD/CAD had fallen to 1.23.

"The risk of no trade deal between the UK and EU remains high.  As such we expect GBP/USD strength to fade at around 1.3700. If the UK and the EU manage to agree on a new free trade agreement, GBP/USD will likely sustain a move above 1.4000," Haddad says in an August review of CBA's forecasts. 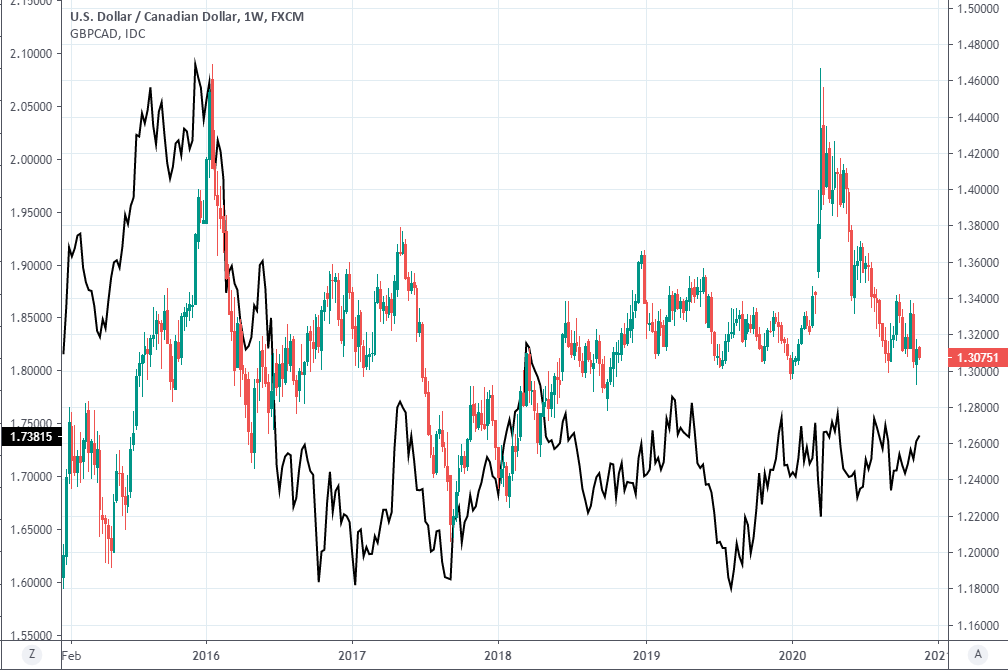