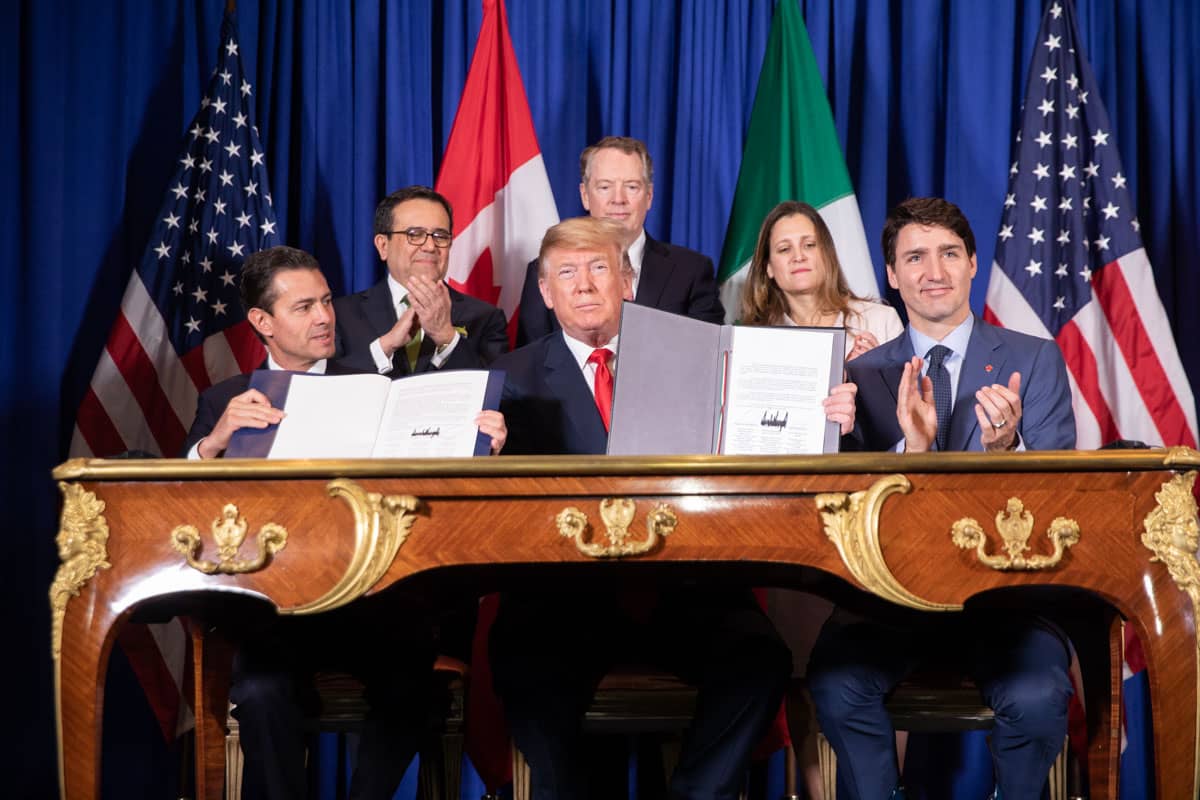 The British Pound is looking prone to further declines against the Canadian Dollar, according to Western Union, the international payments provider, however the bigger picture confirms the Canadian currency to be a laggard and any bouts of strength might ultimately be limited.

"The Canadian Dollar has a positive correlation with oil prices due to Canada being a major producer of commodities, including the black gold. Oil prices have retraced significantly since tumbling to near zero at the height of the market turmoil, and US fuel demand rose to 19.37mn barrels per day last week - the highest since March. As crude inventories fall, the price of oil is likely to rise, which will potentially help buoy the Canadian Dollar," says George Vessey, UK Currency Strategist at Western Union Business Solutions,.

The Pound has been in decline against the Canadian Dollar since it topped out at 1.7675 on July 30, over the course of the past two weeks the pair has trended lower to reach the 1.73 level we are seeing at the time of writing.

"The CAD is also supported by domestic factors," says You-Na Park-Heger, FX & EM Analyst at Commerzbank. "The Canadian economy should overcome the consequences of the corona pandemic comparatively well, supported by expansive fiscal and monetary policy, provided that a second wave with comprehensive restrictions can be avoided." 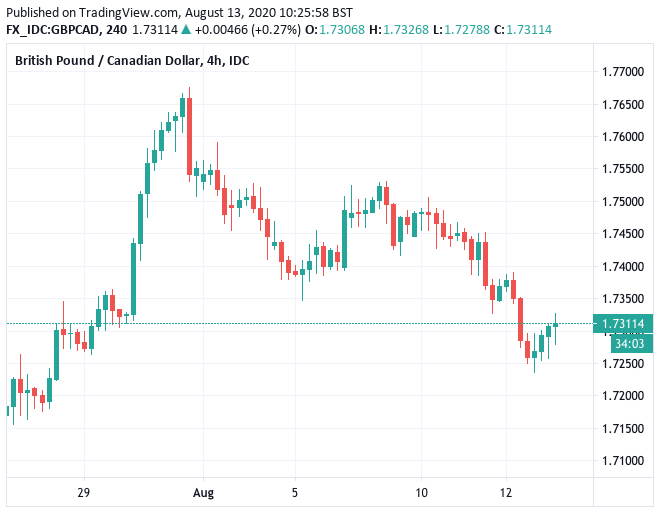 “The risk rally across financial markets in response to optimism over the global economic recovery is helping the so-called “loonie”, as is the evidence of declining crude stocks," says Vessey.

Concerning the outlook, Vessey says the GBP/CAD exchange rate could fall to the 1.70 over the coming weeks.

However, taking a step back, the analyst notes GBP/CAD does remain in a long-term uptrend channel established from the third quarter of 2019. So timeframes are important here.

"There appears significant topside resistance at the C$1.77 mark though, which the currency pair has failed to hold above multiple times since 2018,” adds Vessey. 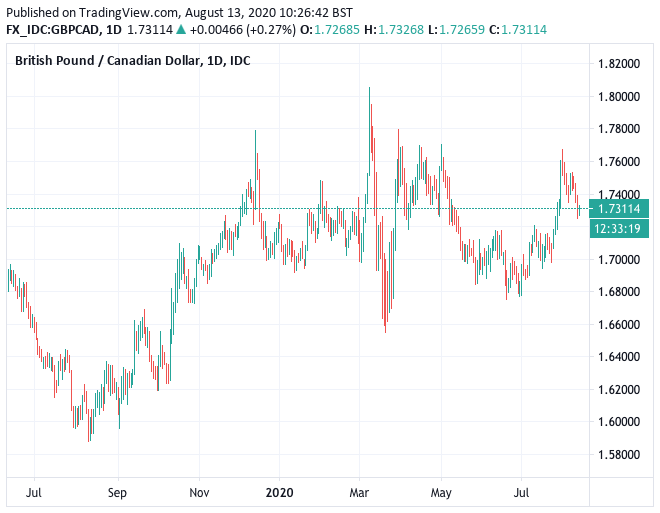 Underscoring a view that Canadian Dollar outperformance might be a short-term factor, i.e. it has a potential lifespan of one or two weeks, is the observation that the currency remains one of 2020's worst performing majors.

"Though not a dynamic move, grinding CAD underperformance has been persistent this year – it is the worst performing G10 currency YTD, and worst performance outside of USD and JPY in the past 3 months," says Paul Meggyesi, a foreign exchange strategist at JP Morgan.

JP Morgan have this week confirmed they remain poised for further Canadian Dollar weakness against a number of currencies, citing a sizeable Canadian current account deficit as well as trade-political risks stemming from the U.S.

"The significant re-widening of the trade deficit affirmed our suspicions that the earlier narrowing was temporary due to supply chain disruptions and that CAD would be faced with a more burdensome current account funding requirement due not least to the decline in crude oil output volumes," says Meggyesi.

The U.S. administration on August 06 reimposed tariffs on certain aluminium imports from Canada, citing a need to protect U.S. security.

While economists agree the direct impact to the Canadian Dollar of the tariffs is relatively negligible, it is the context that matters.

"The surprise reapplication of US tariffs on Canadian aluminuim has a modest direct impact (1.8% of total exports impacted), but the signal is that a successful USMCA agreement is not protecting Canada from Trump trade tension risk," says Meggyesi.

Indeed, the move by the U.S. came a mere five weeks after the U.S.-Mexico-Canada agreement trade agreement (USMCA) went into force,

The tariffs targeting aluminium imports are classed as Section 232 national security tariffs that aim to protect U.S. industries that are at risk of disappearing and would therefore leave the U.S. exposed in times of crisis.

"On its own, a 10 percent tariff on aluminum wouldn’t risk US-Canada trade. But this case is of outsized importance for two reasons. First, Canada is incensed that it is being targeted by a national security tariff. Deputy Prime Minister Chrystia Freeland made this clear, insisting that “Canadian aluminum does not undermine US national security.” In fact, Canada sees itself as a secure source of aluminum, inextricably tied up with the United States in the North American market," says Marc L. Busch, Nonresident Senior Fellow at the Transatlantic Security Initiative.

"Make no mistake, Canada doesn’t see this as just a 10 percent tariff on certain of its aluminum products. Neither will other US trade partners. Canada is the United States’ most stalwart ally and likes to use WTO rules to solve its disputes with the United States. Trump’s tariff casts doubt on the first, and his gutting of the Appellate Body effectively undermines the second. The dispute has triggered a new low in US-Canada trade," adds Busch.