The Canadian Dollar unravelled with oil prices and stock markets Thursday, falling against most rivals including an unusually weak U.S. currency but the Loonie still managed to hold off a Brexit stricken Pound Sterling.

Canada’s Dollar is almost the worst performing major currency of the week and was close to the bottom of the barrel Thursday oil prices and North American as well as global stock markets slumped, all things the Loonie has long had a positive correlation with. Stocks, oil prices and the global economic outlook have been hit by the coronavirus that’s now spreading faster outside of China than inside, which is all bad for the Canadian Dollar outlook.

“Equity markets are extending their losses for a sixth straight session this morning after President Trump failed to calm investor fears,” says Eric Bregar, head of FX strategy at Exchange Bank of Canada. “Fed rate cut speculation has surged...We think this part in parcel explains USDCAD’s struggle to seriously break higher this week. The market’s new uptrend (since January 29th) is doing ok with USDCAD traders methodically taking out chart resistance at 1.3300, 1.3320 and now 1.3350...but it feels like they're swimming upstream.” 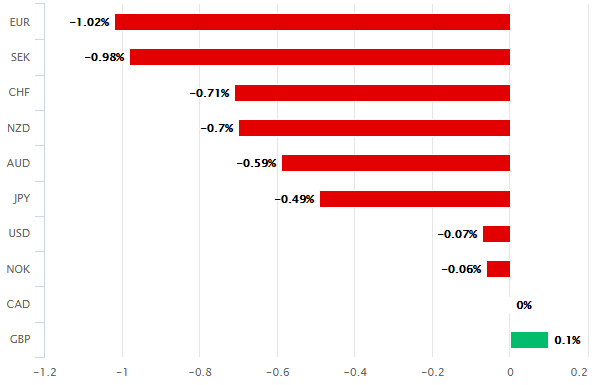 The U.S. discovered its first unexplained case of coronavirus on Wednesday which has stoked fears of an outbreak in the world’s largest economy and weighed heavily on the Dollar but Sterling was the worst performer Thursday after the British government threatened a ‘no deal’ Brexit from the transition period come year-end if the broad outline of a future relationship is not agreed by June, the end of which marks an EU deadline for the UK to request an extension of the transition period that ends on December 31.

“The GBP is a sole loser among G-10 currencies against the broadly weaker USD as the UK government maintains a tough negotiating position with the EU on trade,” says Shaun Osborne, chief FX strategist at Scotiabank. “While US-Canadian interest rate differentials continue to move against the USD, weaker crude oil prices are a clear headwind for the CAD—which is also losing ground to the strengthening EUR.”

The government said in a document setting out the mandate of its negotiators it “will not extend the transition period,” and that if it seems in June as if there’s no prospect of a finalised deal by September, then it might pivot away from the talks. That could potentially see a ‘risk premium’ imposed on the Pound, leading it to trade at a discount just as it did for years leading up to October before Johnson struck his withdrawal agreement with the EU. 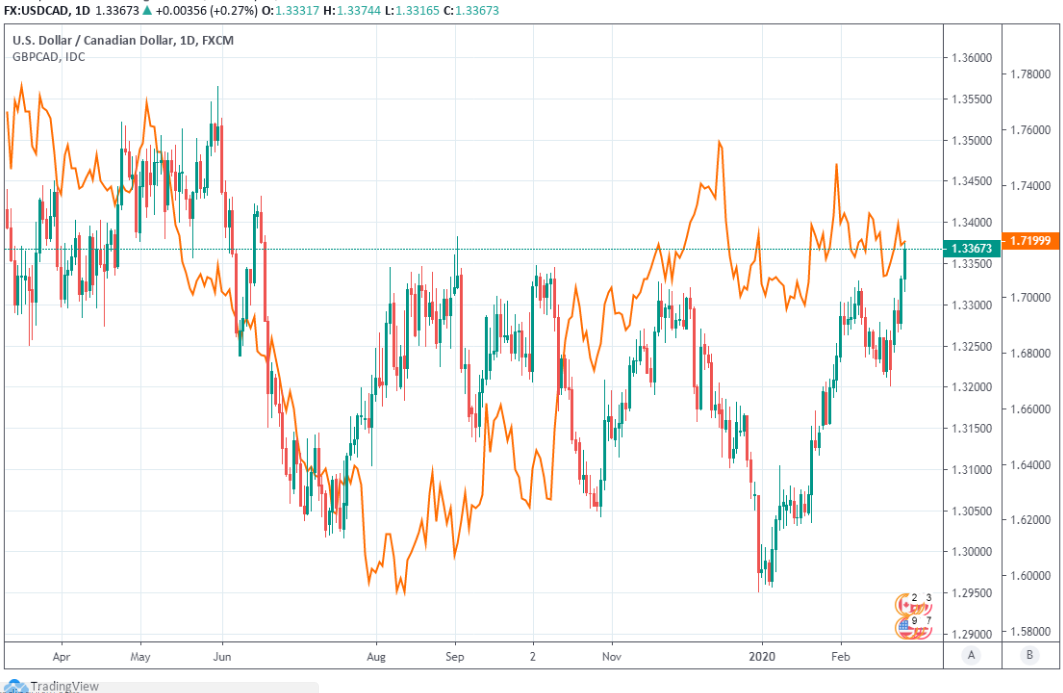 "Global rates, pulling down the CAD curve, and a weaker exchange rate are doing some of the grunt work for the BoC in terms of providing support for the economy and markets remain somewhat reluctant to endorse the Scotiabank view that the BoC will cut rates at next week’s policy meeting. OIS pricing indicates a 26% chance of a BoC rate cut on Wednesday versus a 45% risk of a Fed rate cut at the March 18th meeting," Osborne says.

The Pound-to-Canadian Dollar rate was lower on Thursday, with Sterling the only major not to get the better of its Canadian counterpart, although the Loonie’s gains were marginal because with oil tumbling and a ‘no deal’ Brexit back on the table - the exchange rate increasingly resembles an ugly contest.

But the six-month uptrend is intact and Sterling above a key technical support level after having trended higher since August, although where it heads next will depend on the relative performance of the GBP/USD and CAD/USD rates. GBP/CAD always closely matches the former over the latter, a relationship that's seen GBP/USD losses offset by gains in USD/CAD this week.

“The underlying implication of price action is GBP-bullish—another rally to follow a consolidation—but the GBP needs to hold support around the 1.70 line in order to keep the extension higher in play,” says Juan Manuel Herrera, a strategist at Scotiabank. “Longer run trend strength signals suggest the GBP retains a lot of upside momentum, even if shorter term signals are flat and favour more range trading for now. GBP gains through 1.7150 (40-day MA) are mildly constructive. Bullish above 1.7335/40.” 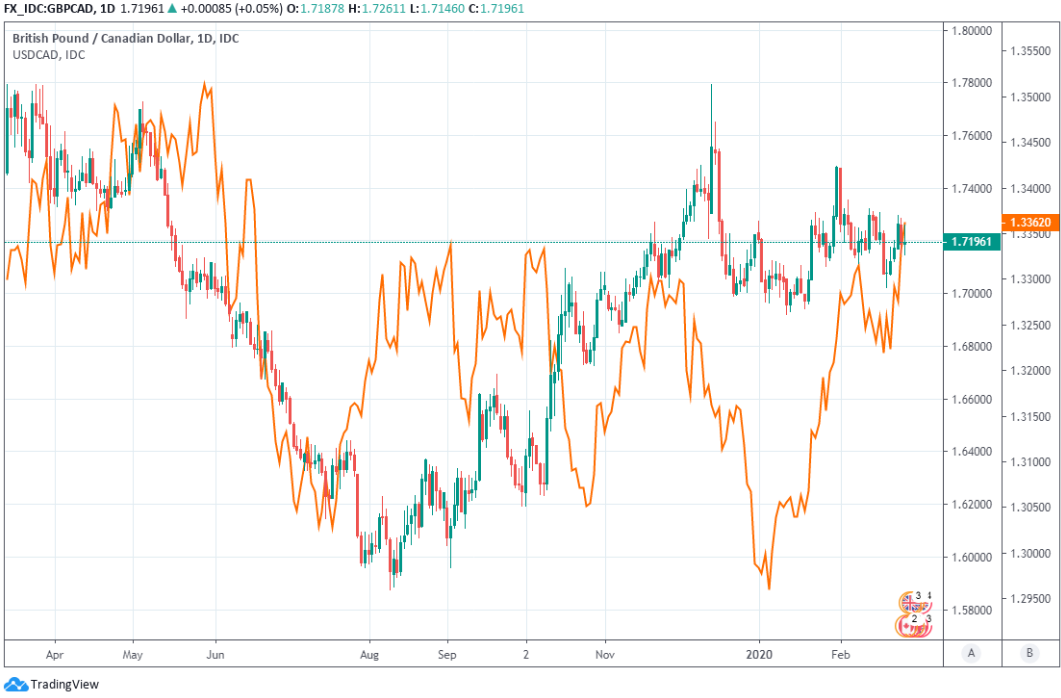