- Jobs market may be coming off boil, economy is slowing.

- Risking CAD's crux of support as market not ready for cuts.

The Canadian Dollar extended losses Friday after official data appeared to suggest the jobs market ran out of gas in October, which has strengthened the case for a Bank of Canada (BoC) interest rate cut and could further undermine the best performing major currency of 2019 in the weeks ahead.

Canadian employment shrank in October with the economy shedding -1.8k jobs when markets had looked for a 14.7k increase. Meanwhile, the unemployment rate held steady at 5.5%, in line with expectations, while average hourly wages grew at a steady annualised pace of 4.3%.

"After a couple of months of outsized gains, Canada's labour market didn't get the job done in October," says Royce Mendes, an economist at CIBC Capital Markets. "Employment is still up 2.4% year-over-year, but that's come in contrast to much softer GDP and hours worked data. We continue to see a convergence coming from a further slowdown in employment, eventually leading the Bank of Canada to trim rates, and today's data could be the first step in that direction."

Friday's employment contraction is a minor reversal of September's blowout 53.7k gain, although that wasn't the only big number to have emerged from Canada of late because the prior month also saw an even larger 81.8k increase. Those latter moves were very decent for an economy that has just 19.1 mn workers and that is reporting numbers at monthly intervals. And some locals are suggesting Friday's market reaction may have been over-the-top. 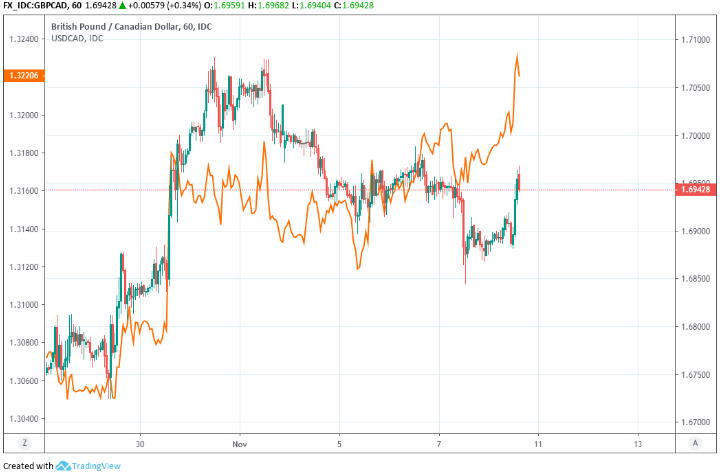 "Election hiring will be retraced in November, while the decline in goods-producing sectors bears watching. With or without those swings, it's the services sector that has driven Canada's robust job growth," says Josh Nye, an economist at RBC Capital Markets. "The BoC emphasized that its future policy decisions will depend on resilience of the Canadian economy, particularly in consumer spending and housing. A healthy labour market is key to both."

Nye told clients Friday "there is little sign of deterioration in today's report". He estimates the 20k new hires in public administration last month were related to the election and says they will come off November's numbers numbers in November. The election job gains were offset in the headline number by losses in the construction and manufacturing sectors.

"Canadian payrolls missed on both the headline and full-time," says Peter Hahn, a U.S.-based macro salesperson at UBS. "This follows strong prints, so aren't yet a trend, but after the Bank of Canada's shift in the dovish direction, keep an eye on Governor Poloz's speech next Thursday. This print at the very least should help confirm the BoC's more cautious tone."

Markets care about the labour data because falling unemployment and improving job creation are thought to put upward pressure on wages, which leads to increased demand in an economy and upward pressure on inflation. That has implications for interest rates and currencies although the relationship between unemployment and wage growth levels has weakened in recent years. Friday's data comes only a week after Statistics Canada revealed that the economy surprised on the downside in August. 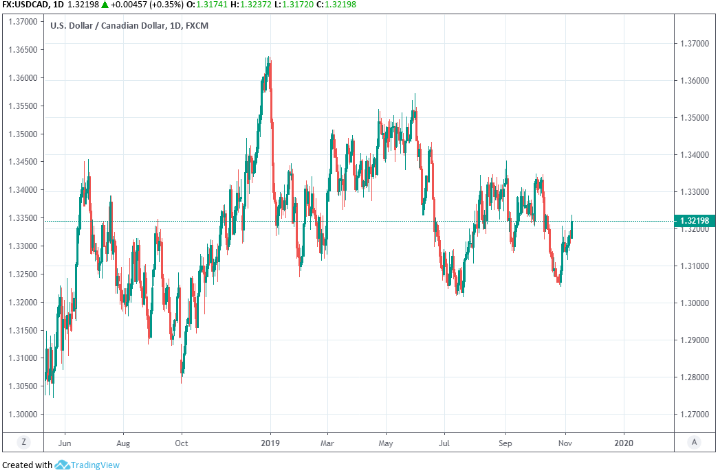 "Canada lost 1,800 jobs in October with private sector employment falling for the third month out of the past four. Wages are holding up, but with more signs of economic weakness the odds of a 4 December rate cut are rising," says Jame Knightley, chief international economist at ING.

The Bank of Canada abandoned last week its oft repeated claim that the current level of interest rates is "appropriate", and warned instead that the economy's resilience will be "tested" by trade conflicts and uncertainty over the global growth outlook in the months ahead. The BoC has kept its cash rate at 1.75% this year due to the outperforming economy, which has seen investors flock toward the Canadian Dollar, pushing it into first place in the performance league table of major currencies.

"There is roughly a 50/50 chance of one BoC rate cut priced in by March 2020; perhaps that reflects the fact that Canadian data have been "ok-ish" lately while the October rate decision was on the "dovish" side," says Stephen Gallo, European head of FX strategy at BMO Capital Markets. "We shouldn't forget that the CAD has been quite well bid on the crosses lately, and we haven't a really poor set of employment data in at least two months."

Since the BoC's 'dovish' policy update last week investors have begun to bet that a rate cut within the next 12 months is becoming a greater prospect but they're not prepared for a cut in anything like the near future. Pricing in the overnight-index-swap market implied on Friday a January 22, 2020 cash rate of 1.63%, which is only half way toward the 1.5% level that will prevail if the BoC does seek to support the economy with lower borrowing costs.

As a result, any actual rate cut - or speculation before one - would risk doing further damage to Canadian Dollar exchange rates. 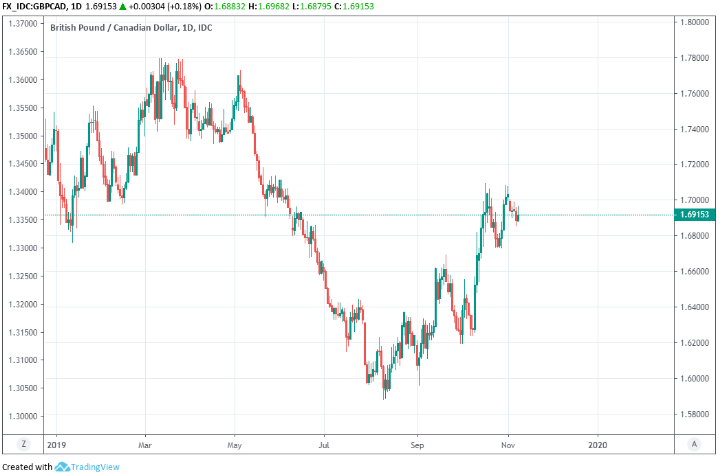