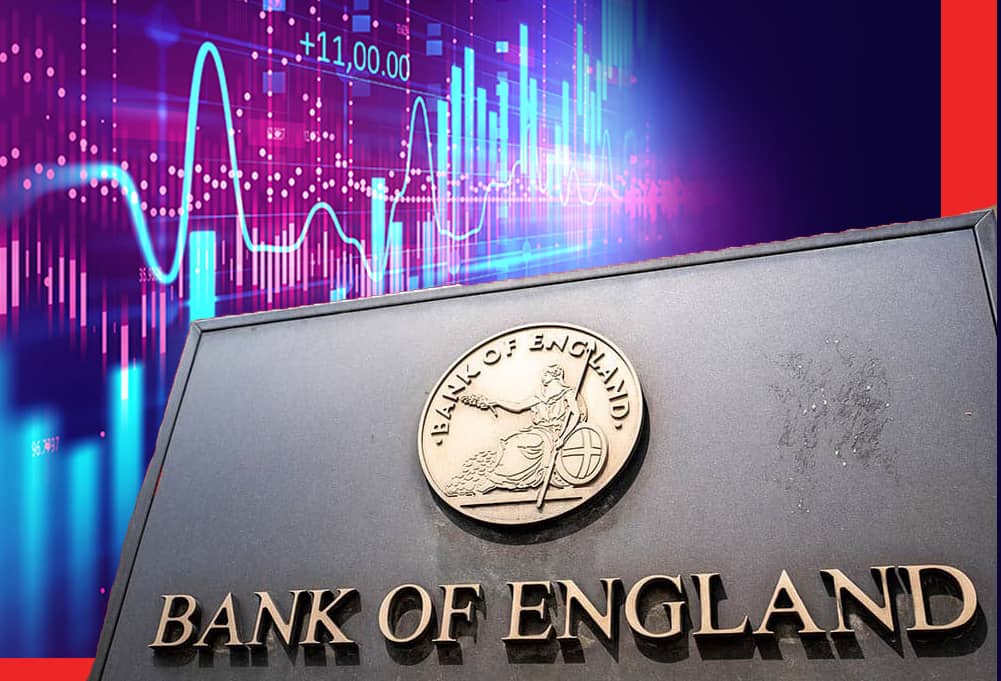 The Bank of England will surprise with an uncharacteristically 'hawkish' February monetary policy update according to Barclays, where currency strategists are looking for British Pound upside against the Euro over the coming weeks.

A more resilient economy and progress on the Northern Ireland protocol are further reasons to be more optimistic about the UK currency's prospects, according to analysts in a recent research note.

"Strong demand, sticky domestic inflation, a notable hawkish shift by the MPC and a more constructive tone in the negotiations with the EU on the NI protocol bode well for GBP ahead of the February BoE meeting," says
Lefteris Farmakis, FX Strategist at Barclays.

The call follows a period of underperformance for the Pound which was amongst the worst-performing of the major currencies during the December period. 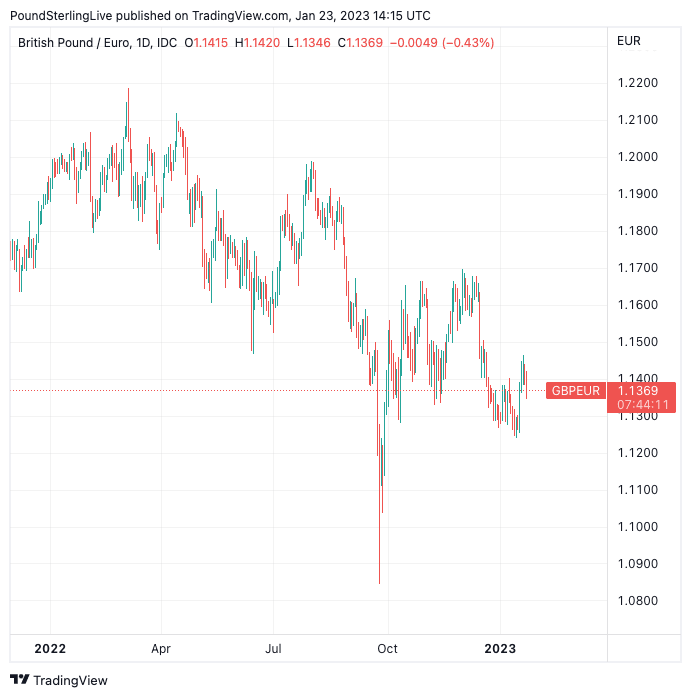 Above: GBP/EUR has struggled over the past year, but historically is reluctant to occupy levels below 1.11. Consider setting a free FX rate alert here to better time your payment requirements.

This underperformance can be to some degree attributed to the Bank of England which raised interest rates by 50 basis points in December but warned of downside risks to the economy and the need to potentially further slow the pace at which it raises interest rates.

The Bank has routinely disappointed market expectations during 2022 by delivering smaller interest rate hikes than investors were anticipating, or, by delivering decidedly pessimistic economic forecasts.

Therefore if history has a habit of rhyming, February 02's Monetary Policy Committee (MPC) update could trigger losses for the Pound as policymakers either, 1) miss consensus expectations by delivering a 25 basis point hike, or 2) issue another set of dour economic forecasts and guidance.

But Barclays says the economy is proving more resilient than the Bank's forecasts set out in August and November and this will be acknowledged in a new set of upgraded economic forecasts.

"Resilient demand and a more inflationary economy caused a notable hawkish shift by the core of the MPC in December. Accordingly, the February meeting is underpriced, in our view," says Farmakis.

At the time of writing the Pound to Euro exchange rate remains subdued with rallies proving short-lived amidst the market's focus on the Eurozone's improved economic prospects now that gas prices have receded and the European Central Bank is banging the drum for at least two successive 50bp hikes in February and March.

Sterling nevertheless rose against its Eurozone neighbour last week following some stronger-than-expected core inflation and wage data that confirmed domestic inflationary pressures should remain a concern for the Bank of England.

Market expectations for a 50bp hike rose in the wake of the numbers with investors anticipating a more forceful response by the Bank to signs of strong inflationary drivers being at work in the economy.

"Sell EURGBP ahead of the next BoE meeting," says Farmakis. 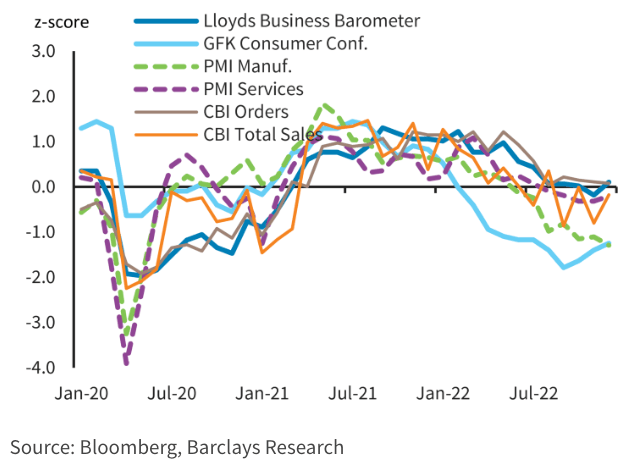 Above: Surveys point to a 'soft landing' says Barclays. (If you are looking to protect or boost your international payment budget you could consider securing today's rate for use in the future, or set an order for your ideal rate when it is achieved, more information can be found here.)

The strategist acknowledges the Bank has been seen as "a reluctant hiker for much of 2022," but he notes a shift by the majority of the MPC in a more hawkish direction in December.

This shift was further elaborated on by Chief Economist Pill in his latest speech.

"Pill singled out "wage developments, services price inflation and corporate pricing behaviour" as key determinants of future policy decisions. On all these counts the data point to inflation persistence and the need for further 'forceful response' via a 50bp hike in February," says Farmakis.

Barclays' economists say the UK economy is proving more resilient than many had expected with incoming data pointing to "a fairly mildly decelerating economy despite a good number of recent negative shocks".

"Markets are for the first time since the 'mini-budget' are underpricing an upcoming MPC meeting, in our view," says Farmakis.

Barclays cites another potential source of support for Sterling in the developments around the Northern Ireland protocol with the UK signalling a strong desire to get a deal through.

A recent deal on data sharing was cited by EU politicians as being particularly helpful and expectations have risen that the long-running source of anxiety for UK-EU relations might find closure.

"Resolution of the Northern Ireland Protocol dispute can be an additional tailwind for the pound," says Farmakis.

Barclays looks to buy Pound Sterling against the Euro noting "undemanding valuations explain why EURGBP has not broken 0.90 for more than a few days even during periods of peak uncertainty in recent years."