GBP/CAD holds custer of supports near 1.70  but is vulnerable.
Needs stronger USD/CAD to avert dip below 1.70, risk of 1.65.
As USD/CAD and GBP/USD both trade with a downward bias.
Troublling GBP/CAD with political-pressure-cooker in overdrive. 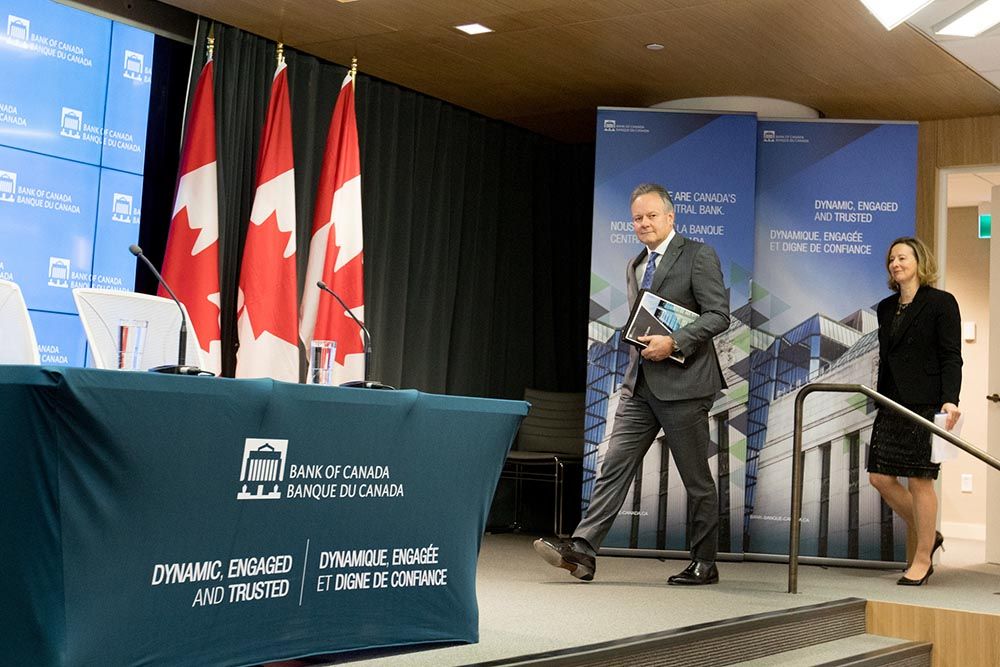 The Pound-to-Canadian Dollar rate extended its 'sell in May and go away' retreat last week that took it back to the bottom of a multi-month range, although it faces the risk of further losses ahead as political and economic headwinds tarr the outlook for the British currency.

Last week's price action helped the Pound-to-Canadian Dollar rate extend its time spent resting on a cluster of nearby technical supports including the 200-day moving average at 1.7009, the round number at 1.70 just below and the  the 50% Fibonacci retracement of the July 2019 uptrend at 1.6967. These are notable technical support levels that would require either a step up in GBP/USD weakness, or marked increase in USD/CAD strength in order to break.

GBP/CAD is an amalgamation of GBP/USD and USD/CAD so the relative response of those two latter exchange rates, to the weekend's developments in Hong-Kong, between the U.S. and China more broadly, not to mention their respective domestic scenes, will set the trajectory of the Pound-to-Canadian Dollar rate this week.

There is uncertainty over exactly what this response will be given a combination of Sterling's recent run of underperformance and fact that drivers of Loonie price action are evolving. The Canadian Dollar's lessening sensitivity to oil prices that have rallied through May and its increasing correlation with stock markets could mean it's likely to underperform in the new week, when investors might take a dim view of events in Hong Kong and their possible implications for relations between the U.S. and China."

"The loonie has defied expectations during the recent rout in oil markets, hitching its wagon to another driver. Move over crude, hello equities. But the road ahead still has bumps, with implications for USD/CAD foreign exchange," says George Davis, chief technical strategist in foreign exchange trading at RBC Capital Markets. "Yesterday's close below initial support at 1.3949 argues for a re-test of the key double bottom at 1.3856. A close below here would cause us to reassess our bullish view and price target." 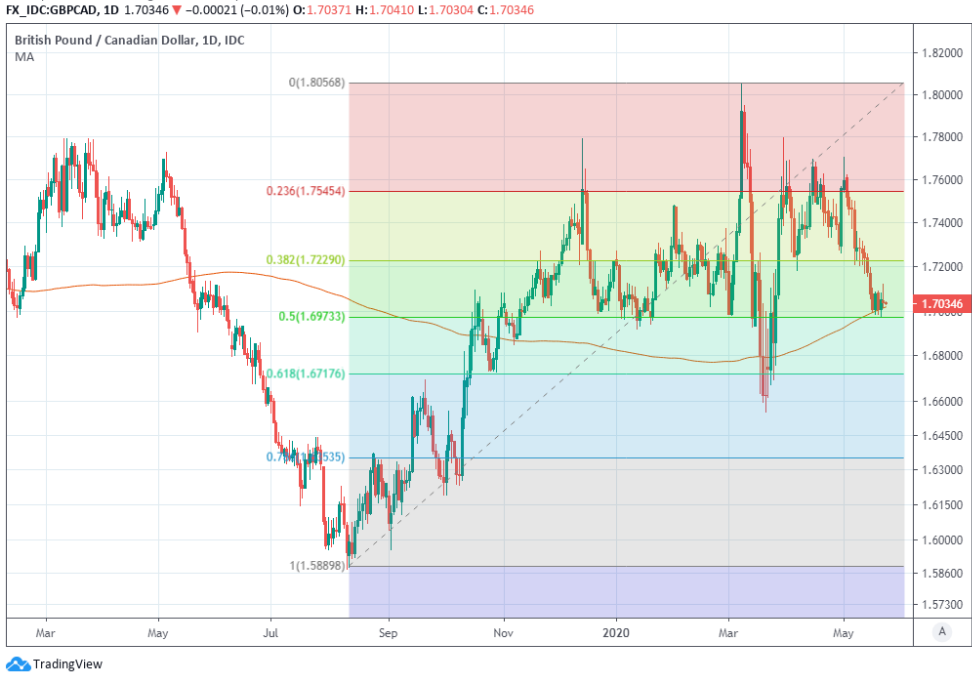 Above: Pound-to-Canadian Dollar rate at daily intervals with Fibonacci retracements of March-to-May rebound.

Stock markets have largely shrugged off the war of words between the U.S. and China, instead taking their lead from mounting hopes that a coronavirus vaccine might soon be found. This pushed the USD/CAD rate down by -0.86% last week but the mood could change if markets begin to view the two sides as likely to come to blows, which would risk a set-back for both oil prices and stocks that might undermine the Loonie and lift USD/CAD.

But Sterling faces a growing list of its own domestic headwinds in addition to the international, which have already seen the Pound-to-Canadian Dollar rate under pressure of late. The government is now mired in controversy and its effort to reopen the economy is stalling before even on the road, while the Bank of England (BoE) is loosening up about the idea of a negative interest rate policy and a Brexit cliff edge comes into view.

"While the CAD is trading closely with equity market sentiment, the rebound in crude oil prices and improvement in relative terms of trade warrant attention. Correlations tend not to persist for extended periods and there are signs that the CAD’s attention is being lured away from stocks to commodities – although the CAD’s correlation with stock returns remains elevated," says Shaun Osborne, chief FX strategist at Scotiabank.

Much about the week ahead will be dictated by investors' response to U.S.-China tensions that are threating January's 'phase one deal' as well as the global economic recovery out of the coronavirus crater. But a bout of China-related risk-aversion might be what the Pound-to-Canadian Dollar rate needs in order to avert a fall back toward its March lows because without such unease among investors, the USD/CAD rate might continue to trend lower just as GBP/USD remains under pressure. 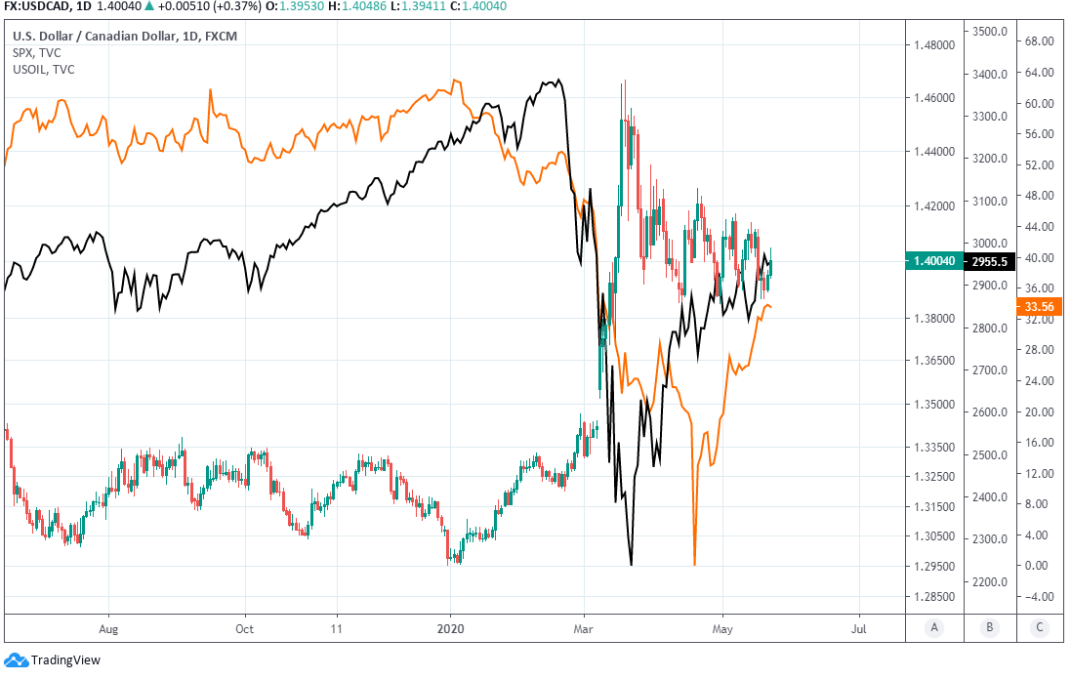 "What matters the most for CAD, however, is whether this will trigger a material correction in oil prices or if crude keeps showing some resilience. In general, WTI at a more sustainable level is already providing some shelter to CAD, which now appears in a much better position compared to its peers AUD and NZD, due to the tensions between Australia and China," says Francesco Pesole, a strategist at ING. "Keep an eye on two speeches by Governor Stephen Poloz."

Pesole says Friday's first-quarter GDP figures from Canada will reveal a historic economic slump but otherwise tell the market little that it doesn't already know or suspect so tips the Canadian Dollar to come under only "limited pressure" ahead of next weekend. The data is out on Friday at 13:30, with little by way of meaningful data in the calendar for both Sterling and the Loonie otherwise. However, remarks from Bank of Canada (BoC) Governor Stephen Poloz will be scrutinised closely on Monday and Tuesday.

The BoC said last week that it views its own 0.25% cash rate as already being at the "effective lower bound," indicating no further rate cuts in the pipeline, and if Poloz emphasises that latter point this week then it might spell trouble for the Pound-to-Canadian Dollar rate.

"Our week-ahead model projects stability for USDCAD around the 1.4030 level and anticipates a range of 1.3850 (in line with recent range lows) to 1.4210," Scotiabank's Osborne says. "Weak momentum in the market favours more choppy range trade but we also note a further underlying improvement in CAD sentiment, reflected in easing, short-term risk-reversal pricing and our Fair Value modelling suggests more upside for the CAD towards 1.34. We think risks are tilted somewhat lower for USDCAD."

A USD/CAD rate that falls back toward 1.34 would be enough to send the Pound-to-Canadian Dollar rate all the way down to 1.6081 if GBP/USD tests support at 1.20, as many analysts see it being likely to. The GBP/USD rate would have to rise from 1.2163 to more than take out its 200-day moving average above 1.2650 in order to prevent the Pound-to-Canadian Dollar rate from falling in a market where USD/CAD is quoted at 1.34. 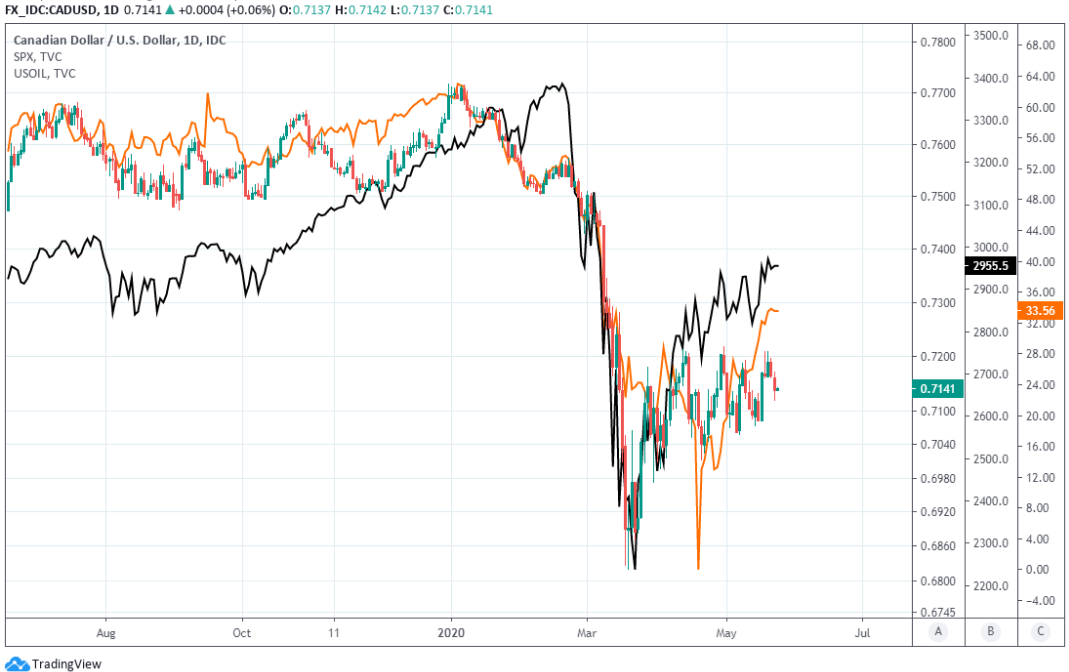 That latter GBP/USD scenario is unlikely if the bearish consensus view on Sterling is anything to go by, which suggests that GBP/CAD will break beneath those earlier referenced support levels eventually. Breakage could come sooner rather than later if investors vote with their wallets against the latest economic and political developments in the UK.

There is currently much fanfare over whether one of the government's unelected advisers did or didn't flout the 'lockdown' rules. It's not the first controversy involving the government's unelected advisers although does this time embroil somebody who's one of Downing Street's strategic masterminds on Brexit and in other areas. More important for Sterling might be the latest in Britain's slowcoach exit from 'lockdown.'

The government watered down its plan last week to reopen schools from June 01 after 13 opposition-party-dominated local councils refused to reopen. The government plan for reopening did not quell widespread concerns over safety, which are now being exploited, so the country finds itself in a situation where many schools could remain closed until September and as they as well as economies reopen elsewhere in Europe and the world.

This is after two of policymakers from the Bank of England (BoE), its chief economist and even the Governor himself made appearances last week in which they all came across as keen to emphasise that sub-zero interest rates are indeed considered a part of the Bank's toolbox and that they've not been ruled out for the months ahead.

Pricing in interest rate markets was implying a negative BoE base rate from mid-2021 early last week but had shifted to imply that government borrowing costs will go sub-zero by November 2020. This has weighed on the Pound already and could continue to as the BoE's June 18 policy decision draws closer.

That decision coincides with the June 18-to19 European Council meeting that could yet see Prime Minister Boris Johnson walk away from the negotiating table, for a period at least. All of this together might leave Sterling liable for a trip to 1.68 and potentially the bottom of its 2020 range near 1.65 further ahead. 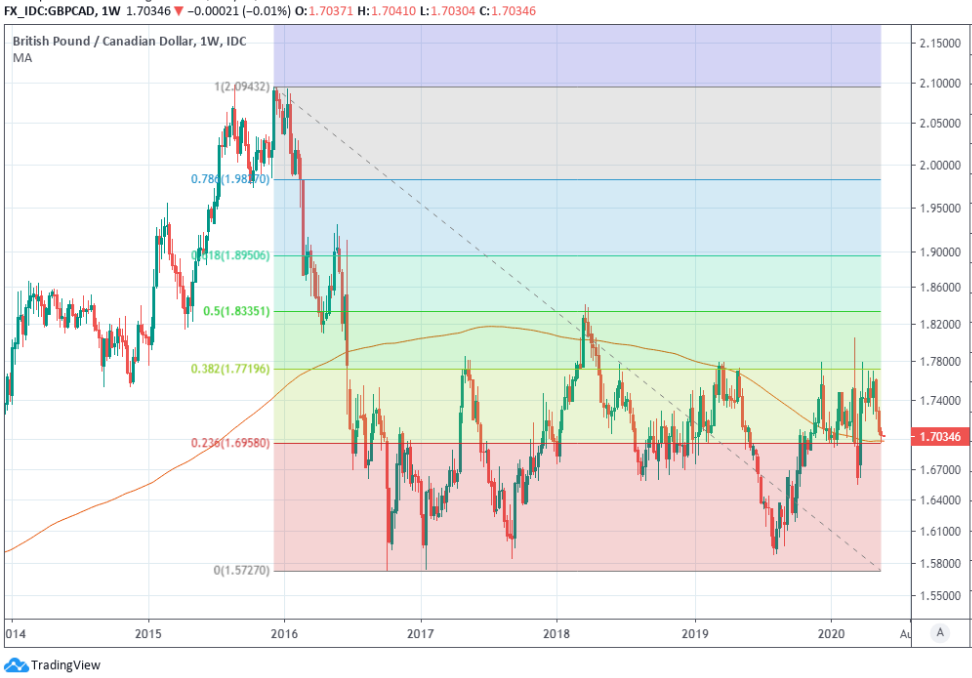 Above: Pound-to-Canadian Dollar rate at weekly intervals with Fibonacci retracements of post-referendum fall.