- USD slides after Fed's Powell appears to give nod for July rate cut.

Pound Sterling was seen carving out a base against the U.S. Dollar in the wake of testimony by Federal Reserve Chairman Jerome Powell which appeared to validate market bets that a series of U.S. interest rate cuts are on the way.

During testimony to Congress, Powell told U.S. lawmakers the Fed still expects the U.S. economy to grow robustly over the coming years, for the labour market to remain healthy and for inflation to continue threatening another challenge of the 2% target.

However, he added that uncertainties around the above outlook have increased notably in recent months before singling out the U.S. trade war with China, Brexit and a dispute over the U.S. debt limit as particular stains on an otherwise bright picture.

The remarks cemented expectations for a July interest rate cut, sending the Dollar lower and in the process lifting the Pound-to-Dollar exchange rate to 1.2536 at the time of writing, having been as low as 1.2440 earlier in the week.

The rule-of-thumb in currency markets is that currencies fall when their issuing central bank cuts rates, or communicates rate cuts are coming.

"The Fed Chair had a chance to disabuse markets of the notion that a July rate cut is sure thing, and he didn't take that opportunity," says Avery Shenfeld, chief economist at CIBC Capital Markets. "If tomorrows core CPI readings don't show a reheating, a July rate cut could be a lock."

Investors have been betting increasingly since May the Fed will cut its interest rate multiple times before the year is out, which has undermined the Dollar's once dominant position in the G10 currency universe and explains why Wednesday's testimony was an important event for the market.

Powell's comments appear to suggest that a July rate cut could almost be a done deal, although there's still uncertainty over whether that movewill be just an act of indulgence toward the market and insurance for Chairman Powell, or if it'll mark the beginning of a more protracted cycle of interest rate cuts. 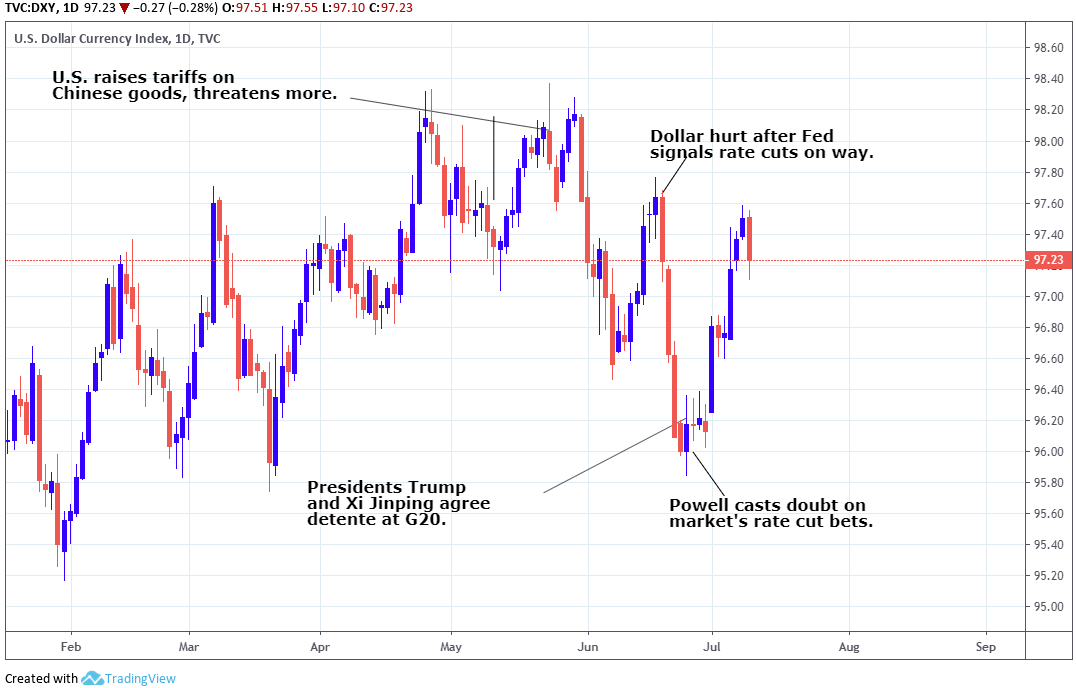 "Markets appear to have been expecting him to offer a bit of resistance to the idea that a rate cut at the end of this month is a done deal. That didn’t happen. Mr. Powell cited no new reasons for policymakers’ to be even more worried over the outlook for growth and inflation, but neither did he walk back any aspect of the June statement," says Ian Shepherdson, chief U.S. economist at Pantheon Macroeconomics.

The Fed signalled in June that policymakers were beginning to believe that interest rate cuts might be needed sooner or later when seven out of 17 voting members on the Federal-Open-Market-Committee (FOMC) used the so-called dot-plot to indicate that they think a cut will be necessary before long.

That came after surveys suggested the manufacturing sector is creaking under stress from the trade war with China, with U.S. firms contending not only with the cost of President Trump's import tariffs but also a deterioration of the global economy that is threatening domestic and international demand. Those were followed in June by a payrolls report that showed the economy creating a paltry 75k new jobs during the previous month, which stoked fears of a turn for the worse in the labour market.

The July report was much better but it's not stopped markets from fearing the worst and betting the Fed will feel compelled to act sooner or later, nor did it change the tone of Chairman Powell on Wednesday, leading markets to conclude the Fed will soon begin to slash U.S. borrowing costs. 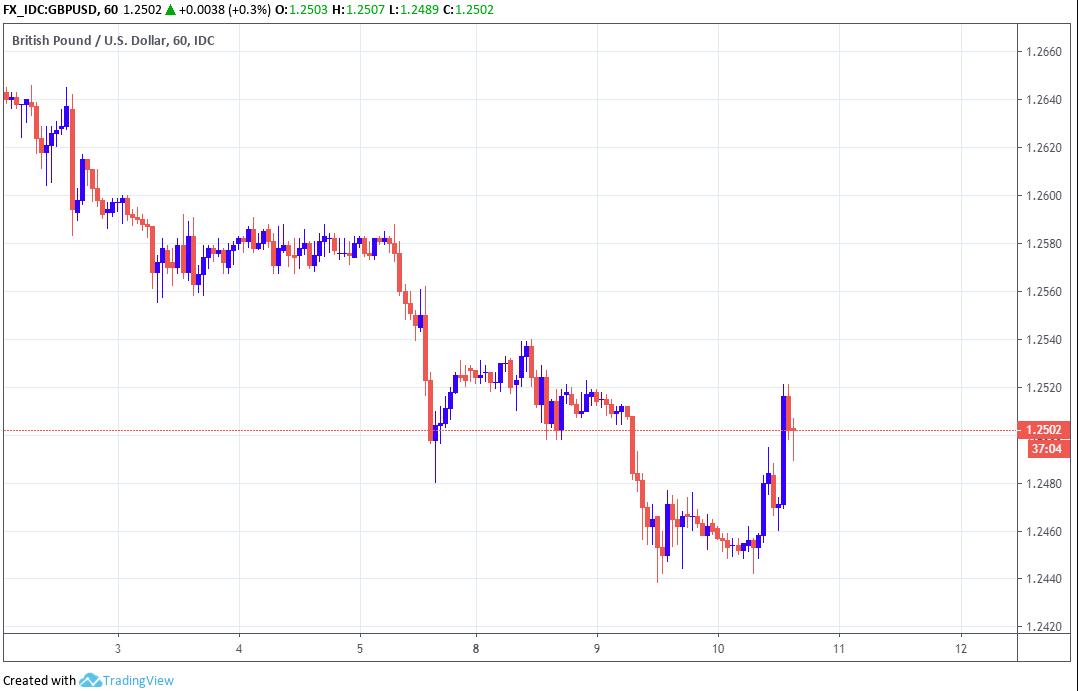 "We expect rates to fall 25bp this month and 25bp more this year, which is consensual. We're more bearish of growth than most in 2020 and see a lower Funds rate then, which will drag the dollar lower, but most of the fall will happen later rather than sooner. FX markets can remain difficult as long as the debate about whether the US is in a third mild slowdown of the post-GFC cycle, or bearing the end of that cycle, rages on," says Kit Juckes at Societe Generale.

Changes in rates are normally made in relation to the outlook for inflation, which is sensitive to economic growth, but impact currencies because of the influence they have over capital flows and decisions of short-term speculators.

Inflation, which is the most important factor in interest policy and forecasts, fell from the 2% target to 1.8% in May. And the personal consumption expenditures price index, which is the Fed's preferred gauge of consumer price pressures, has been far below the 2% throughout 2019.

Inflation figures for June will be released on Thursday at 13:30. 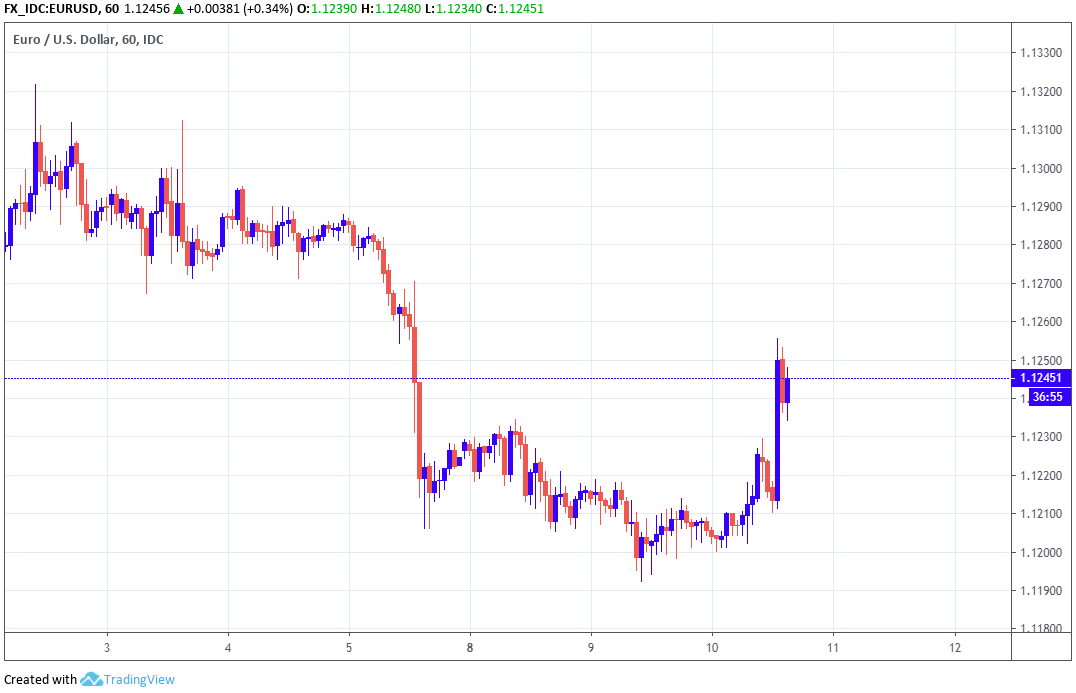 "The picture will be very different by the fall, we think, because we expect a trade deal with China. In that case, growth will rebound, and the Fed will not need to ease again. We remain of the view that over the next year the economy will need further tightening as private sector investment rebounds and a deal to suspend the debt ceiling and raise government spending—again—pushes the unemployment rate towards 3%," says Pantheon's Shepherdson.

If the consumer price index recovers notably and sustainably above the 2% target at any point in the months ahead then the Fed could find it difficult to justify cutting interest rates further from where they're left after July. The bank might even be forced into reversing its newfound course and lifting rates again.

That latter prospect would become particularly relevant if it transpires that concerns about the health of the U.S. economy were misplaced, which is also possible.  After all, GDP growth actually picked up in the first quarter for the first time in five years and official data covering the three months to the end of June will not be released until August.

In other words, market perceptions of a struggling U.S. economy that is in need of rate cuts are built upon incomplete foundations.