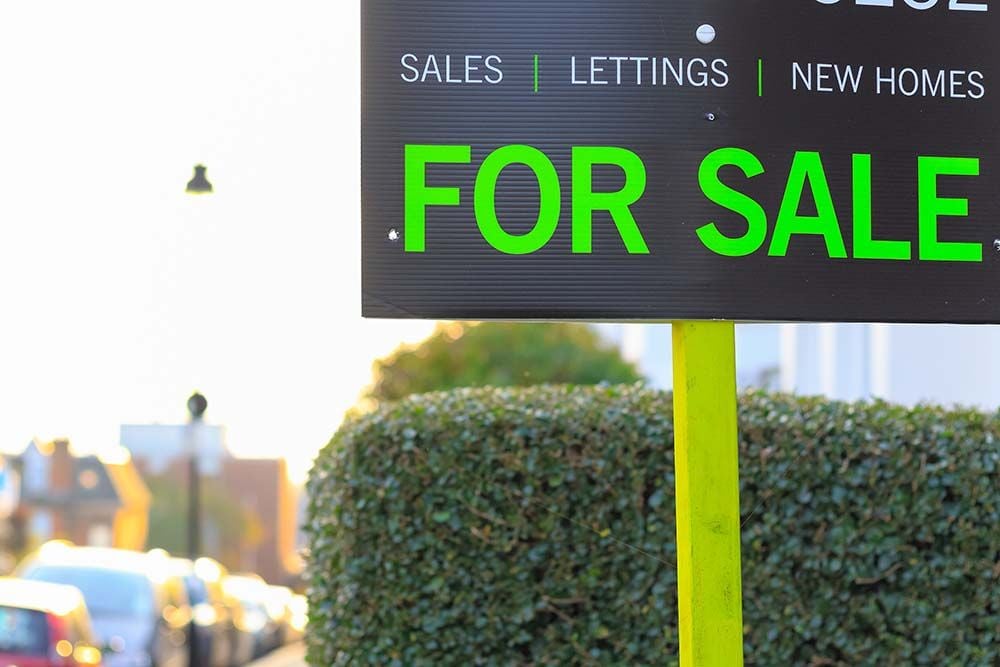 The 'easy money' made available by the world's central banks has created a "global property bubble of epic proportions" according to new research.

Economists at Société Générale say a gauge of housing unaffordability has now surpassed levels seen in the run up to the 2008 crisis which was famously triggered by an imploding housing market bubble.

And at the centre of the current unaffordability crisis are central banks who continue to sit on record-low interest rates and create new money via their quantitative easing programmes.

These measures are designed to keep the cost of borrowing throughout the economy as low as possible as the world grapples with the Covid crisis, but an unintended consequence of this easy money are heating financial markets with knock-on consequences for the housing market.

"Central banks have become slaves to the bubbles that they blow," says Albert Edwards, Global Strategist at Société Générale in London.

"This is now a global property bubble of epic proportions never before seen by man or beast and it has entrapped more CBs than just the Fed," he adds.

That New Zealand tops the list is unsurprising given observations that the Reserve Bank of New Zealand's (RBNZ) quantitative easing response to the global crisis was pound-for-pound the most aggressive of all major central banks.

The New Zealand government has put in place new rules aimed at dealing with the rising cost of housing but data suggests the changes are unlikely to be significant, particularly in the face of the easy credit facilitated by the RBNZ.

The RBNZ has since performed an about turn and could be one of the early movers when it comes to raising interest rates once more.

One central bank not looking to perform such a turn is the Bank of England (BoE) where policy makers look determined to sit on record low interest rates at 0.1% for the foreseeable future.

UK house prices are growing by 10% year-on-year, as they are in the U.S., Germany and other major economies.

"Surging house prices are part of a broader rapid rise in asset prices, which encompasses commodities and equities. The latter are increasing in advanced economies at the fastest pace (in real terms) since the 1980s. This boom might raise concerns because valuations for some assets," says Adam Slater, Lead Economist at Oxford Economics. 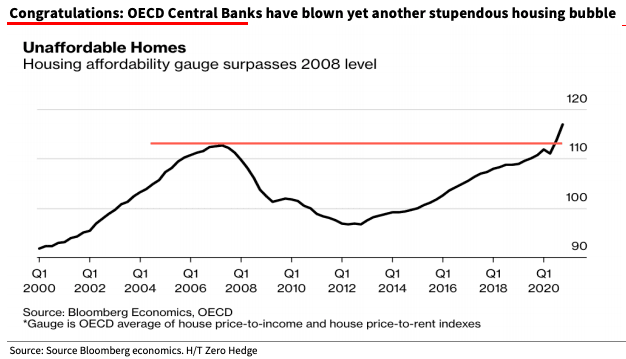 The BoE's reticence on interest rates comes despite signs of rapidly rising inflation levels, a better-than expected labour market performance and internal upgrades to their own economic forecasts.

The BoE brushes away concerns they might be fuelling an overheating dynamic on an assumption that all this outperformance will prove temporary in nature.

Another central bank unlikely to withdraw the trough of easy money is the U.S. Federal Reserve which Edwards says is now a slave to the market.

Edwards says the Fed is loath to raise interest rates and cut quantitative easing as they fear the negative market reaction such a call might trigger.

Stock markets have in the past fallen sharply and bond yields spiked when the Fed has withdrawn stimulus, the most famous example being the 'taper tantrum' of 2013.

Indeed, stock markets fell and bond yields rose as investors adopted a 'risk off' sentiment just last week when the Fed pushed forward their guidance on interest rates, suggesting the first rate rise might come in 2023 which is earlier than the 2024 landing zone markets had previously been eyeing.

"In my opinion the bond market rallied because they know that Fed easy money comes at a heavy price. Central banks have become slaves to the bubbles that they blow – the markets quickly forcing a reversal of any tightening. This time around will be no different," says Edwards.

Looking ahead, Edwards says he believes the bond market just doesn’t believe the Fed can follow through on its tougher talk.

"Why? Because having created another huge, real-terms house price bubble, they are trapped," he says.