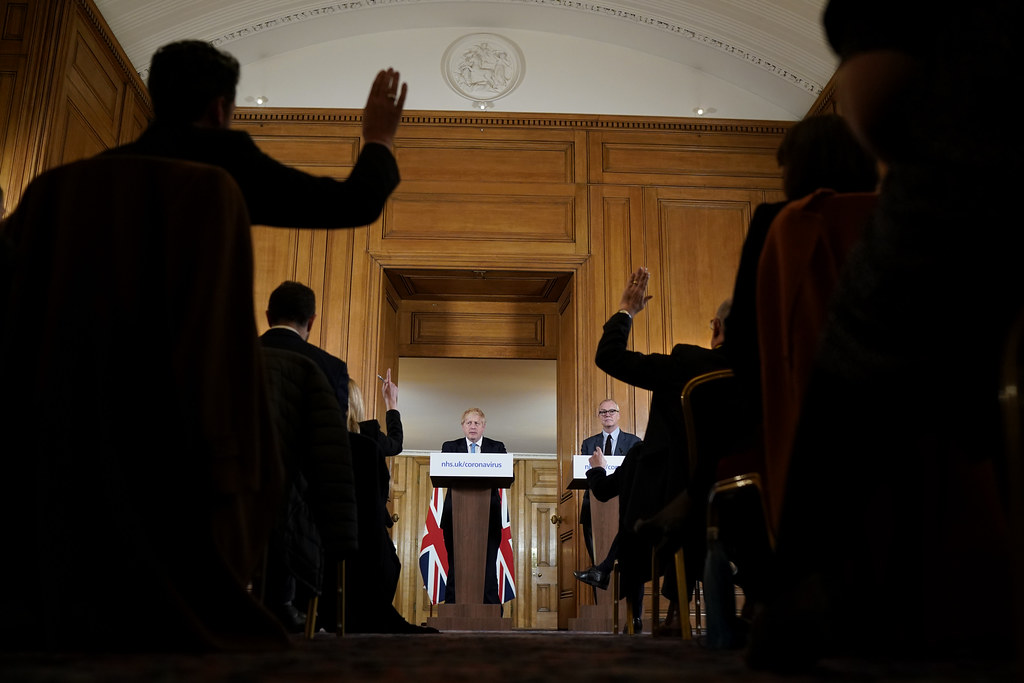 The British Pound endured notable losses against the Euro and Dollar in the week ending March 20, but how the currency trades over coming days will reflect the market's response to the government's gargantuan fiscal support package announced late on Friday.

The UK government has for the first time in history said it will step in and help pay people’s wages as a result of the economic slump caused by the coronavirus outbreak, and there is no limit on the amount that will be spent to cover the bill.

The new scheme announced by Chancellor of the Exchequer Rishi Sunak at the government's daily coronavirus update will apply to any company in the country.

The grant will cover 80% of any salary up to £2,500 a month and as of yet there is no way of knowing what the final bill will be owing to the unprecedented and uncertain nature of the economic crisis the country faces.

For the Pound, the final cost matters: does the market judge that the UK will have to borrow such large sums in the future that it will struggle to meet repayments, thereby lowering the attractiveness of the UK as an investment destination for international capital?

Or does the market judge that the UK is leading its peers in dealing with the crisis and will therefore be best placed when the crisis does come to an end? Unlike the 2008 Great Financial Crisis we have a clear understanding of the cause of the coronavirus economic crisis and therefore have an approximate estimation of what it will take to end the crisis and its timing.

Some economists are already tentatively costing the already announced measures at about 6% of GDP. 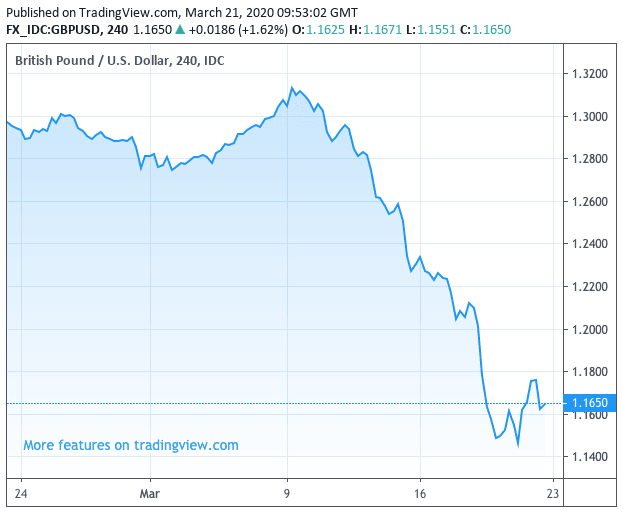 Above: GBP/USD looks to put in a tentative base

The Pound has endured a substantial period of selling pressure this February and a negative market verdict could see losses intensify. The Pound suffered substantial losses against the Euro, Dollar and other safe-haven currencies in the first three days of the previous week amidst a broad-based sell-off in global markets. However, action by governments and global central banks stabilised sentiment in the last half of the week, helping Sterling recover.

The UK government's fiscal rescue package was announced late on Friday, and the initial reaction by the market is not promising as Sterling gave back some of its strong recovery gains.

We don't believe late-Friday trade is ever a great judgement of investor sentiment as there are often unexplained flows that can take place at this time. Therefore, Monday's trade will be key, particularly when the London market opens as investors will have had the weekend to crunch the numbers and arrive at a verdict on Sunak's plans. 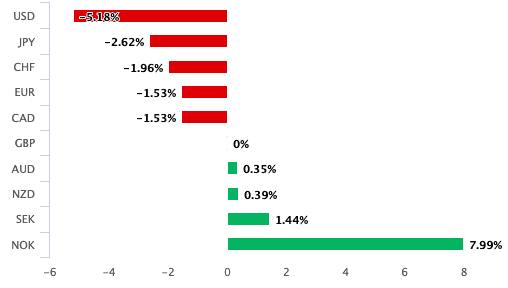 The scheme is intended to help business "pay people and keep them in work," said Sunak. The measures come as the government steps up its attempts to supress the spread of coronavirus by forcing the closure of restaurants, pubs, clubs, cafés and leisure centres which will place significant strains on this sizeable sector of the UK economy.

1/ Chancellor @RishiSunak has today announced how we’re going to protect millions of people’s jobs in response to #coronavirus: pic.twitter.com/OH5XaEo2je

In recognition that people are already losing their jobs, the government is increasing universal credit allowance by £1,000 a month which amounts to an extra £7BN of extra support through the welfare system

Support for those who rent accommodation was also announced.

"For renters, I’m announcing today nearly £1bn of support by increasing the generosity of housing benefit and Universal Credit, so that the Local Housing Allowance will cover at least 30% of market rents in your area," said Sunak.

The measures are unprecedented in scale in terms of UK government economic intervention and will go some way in softening the economic impact of the nationwide shutdown aimed at delaying the spread of coronavirus.

There was no discernible impact on the British Pound, but the currency had already been rallying in a concerted effort ahead of the weekend. However, one analyst tells us the measures could well be supportive of the currency over coming months.

"Rishi Sunak, presumably the new saviour of the UK economy," says Marc-André Fongern, Head of FX Spot & Options at Fongern Global Forex. "These measures are likely to breathe new life into the GBP over the coming weeks."