Core inflation ignores food and energy costs because of their volatility and susceptibility to external as well as non-economic influences and is currently being closely watched by the Federal Reserve (Fed) for insights about the likely future direction of domestic prices.

It remained unchanged at 5.9% during July in defiance of market expectations for an increase to 6.1%  while the overall measure leapfrogged a consensus of 8.7% when falling from 9.1% to 8.5% for last month. 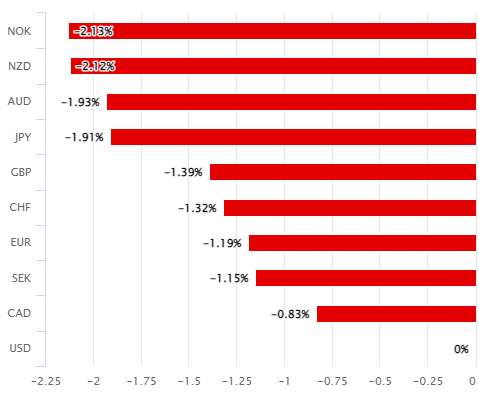 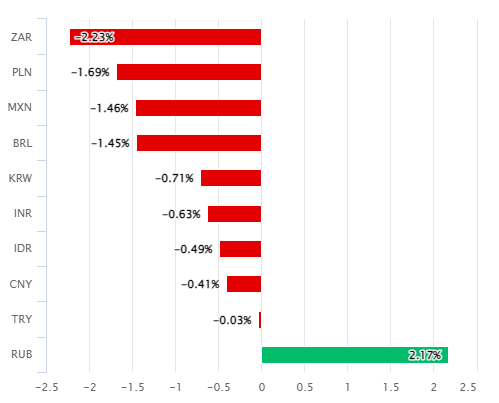 Wednesday's figures follow closely behind two separate surveys suggesting that U.S. consumers' expectations for inflation are also in retreat, with the latest coming from the Federal Reserve Bank of New York on Monday, which had expectations easing lower for all time horizons in July.

All of the above are likely to be welcomed by the Fed, which said in July that it would be watching a range of economic barometers closely into the September meeting in order to aid the Federal Open Market Committee decision about the appropriate pace to lift interest rates going forward.

But numerous U.S. policymakers have recently suggested the Fed remains committed to the indicative policy path set out in June and there is still plenty of data yet to come in advance of September's decision that could yet impact the outcome, which leaves a lot about the outlook open to interpretation.

Below is a selection of different interpretations from various analysts and economists in no particular order.

"Today’s data blows a medium-sized hole in my thesis that OER momentum / stickiness and inflation momentum would carry through the summer data and damage the Fed pivot and peak inflation narrative."

"The USD is getting crushed in response and the biggest mover is probably going to be volatility (lower). This takes the edge off the Fed story for sure and paints a surprisingly different picture from what I had expected."

"One month of data isn’t enough to just completely toss a macro view in the garbage, but it’s enough to hit the reset button and get to flat / unbiased. I am covering the GBPUSD short for a tiny, disappointing profit and will mentally write off the EURUSD digital as a zeroburger."

"An epic collapse across USD pairs. The question is whether this will stick. We have some reservations about that but nonetheless think short-term price action will reflect risk sentiment."

"It remains premature to be strategically long EUR and spot very important fundamental resistance below 1.04. We are content with EURCHF shorts while we expect USDJPY to reflect a broad 130/135 range as the market becomes more content with FF pricing."

"Meanwhile, we think USDCAD dips will find demand as we near peak BOC hawkishness as housing dynamics worsen."

"This is likely to fuel expectations that the Fed is fast approaching a “pivot” away from tightening policy. While we would not fight the short-term dynamics right now, there are some offsetting factors to consider."

"In its statements over the past few months, the Fed has suggested that it will stick to its tightening stance until it sees clear and consistent signs that inflation is back under control. This print – while helpful in painting that picture – is far from confirmatory."

"Away from the US, to the extent that lower inflation is a product of weakening demand, weakness may also become more pervasive, suggesting pivots elsewhere could follow. The USD has had one of the strongest domestic demand stories through the pandemic recovery and US demand has helped to drive export growth elsewhere."

"If the US is now slowing more sharply, it could have larger negative impacts on growth in other economies. There may be a lag before others follow the Fed, but it is unlikely that any Fed pivot happens in total isolation."

"It is not unreasonable to expect headline inflation to have turned a corner."

"Globally, commodity prices have been weakening and shipping time and costs have both been persistently trending lower. More importantly, domestic U.S. consumer demand for goods that surged during the onset of the pandemic has finally cooled."

"Still, current readings are too high, and pressures too broad to deter the Fed from acting more aggressively in the near-term."

"By our count as much as 87% of consumer basket (outside of shelter) was seeing above-target rate of inflation in July. That will keep the Fed on track to deliver more rate hikes this year, with our forecast assuming another 50bps increase in the next meeting in September."

"The market was happy to adjust US yields higher recently on stronger than expected US data points, but failed to take the USD lower, which in perfect hindsight suggests that the USD was set for a sharp drop on a soft CPI print today. And that’s what we got."

"Risk sentiment is off to the races as this fits the market’s Goldilocks soft-landing scenario, particularly given recent stronger-than-expected activity data. It’s hard to tell how far the market can take the reaction function to a data point like this when we are trading in an illiquid month and some very volatile categories are behind the surprise."

"We suspect it is far too early in the cycle to call the aggressive shift from the Fed that the market has been pricing."

"For now, USDJPY posted the biggest reaction to the data point today as one would expect on the big move in treasury yields."

"EURUSD has broken above the local resistance just below 1.0300, but faces a more significant resistance level in the 1.0350 area – one that could lead to a return to 1.0500+ if this move sticks through the Friday close."