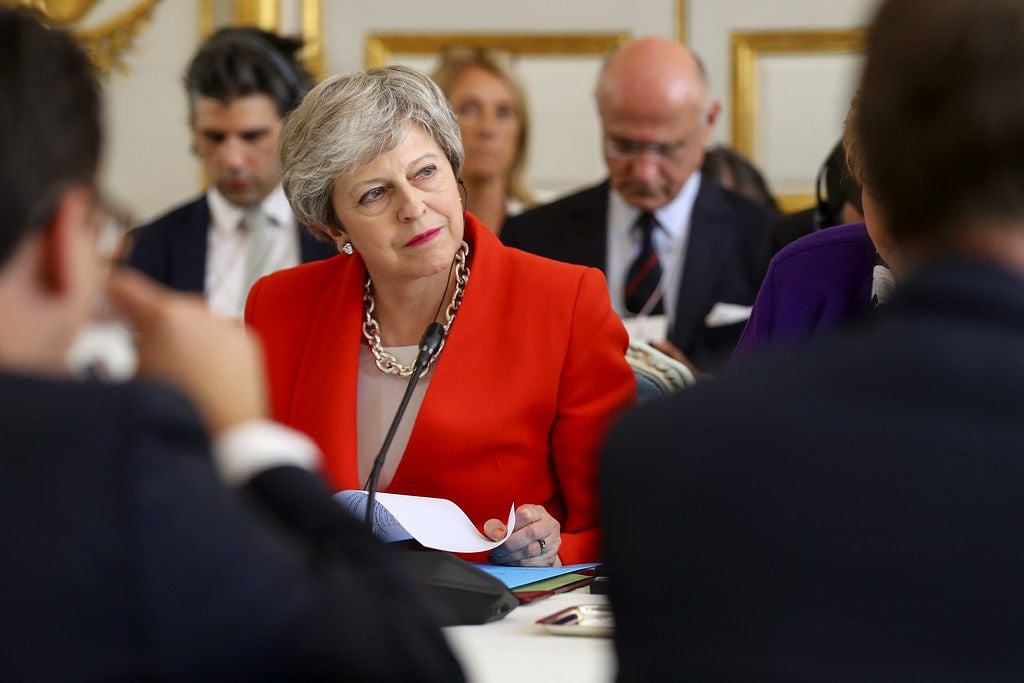 Above: Prime Minister Theresa May is set to resign on June 07. Image © Gov.UK

- New PM to choose from "damaging" referendum and 'no deal' Brexit.

- GBP to fall further against EUR in 2019, sees paltry gains over USD.

The British Pound is now unlikely to recover its recent losses against the Euro and Dollar in 2019, according to the latest forecasts from global banking giant MUFG, and is instead expected to cede further ground to the single currency while rising by only a paltry few percent against a struggling U.S. greenback.

MUFG, the world's fifth largest bank, had forecast as recently as April a solid recovery for the Pound-to-Dollar rate and tranquil stability for the Pound-to-Euro rate into year-end but it's now slashed all of its projections after Prime Minister Theresa May announced her resignation last month.

The Japan-headquartered lender says the looming Conservative Party leadership election has effectively put the Brexit process on hold and that it could have myriad adverse consequences for British currency.

Conservative Party candidates will submit their leadership nominations before 17:00 on June 10 and at present there are 12 candidates who have put their names forward.

"The Pound fell sharply in May and for good reason. The political climate has got a whole lot murkier with PM May’s confirmed resignation, which will be effective 7th June," says Derek Halpenny, head of research at MUFG. "That leadership election expends valuable time, leaving the new PM with just three months before the Article 50 deadline of 31st October. We see two clear paths ahead – one of which the new PM will have to decide on."

The field is therefore a large one, but news released overnight confirms the Conservative's 1922 Committee had enacted a new rule to try and whittle down the field as soon as possible.

1922 member Michael Fabricant MP has confirmed the 1922 Committee has agreed each candidate will need the support of 16 MPs in the first ballot.

He said successful candidates would then need 32 in the second ballot to remain in the contest.

The 313 Conservative MPs will continue to cast their vote and whittle down the Tory MPs until there is only two candidates remaining.

''It is hoped the final 2 will be chosen by the end of next week and a new PM will be in place by the end of July at the latest," said Fabricant. 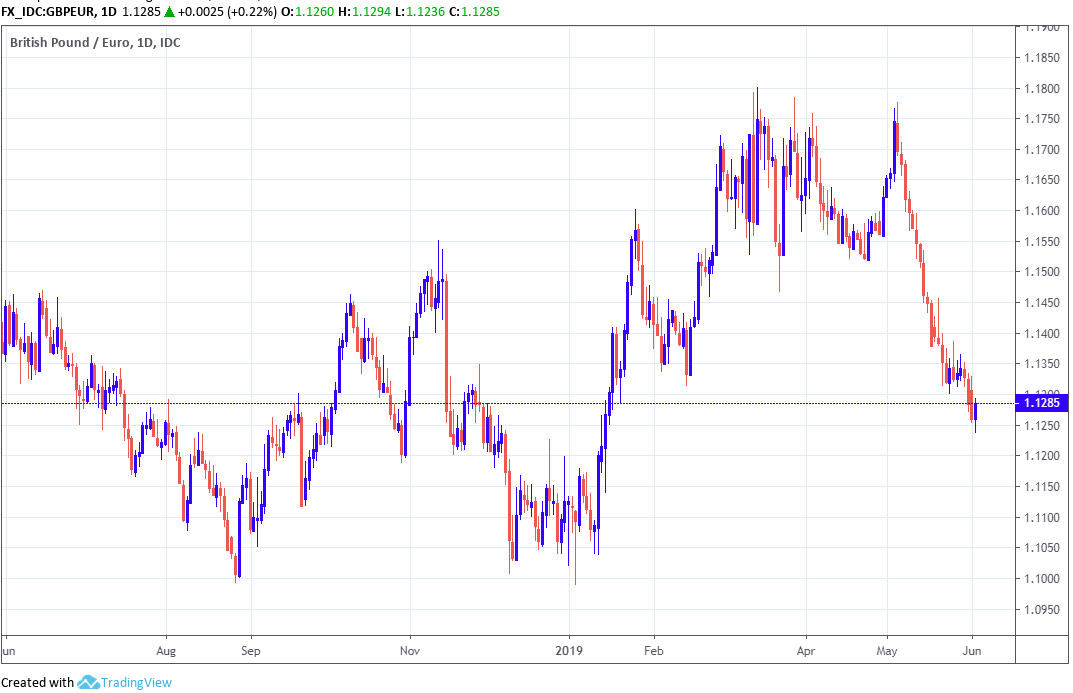 There is a long list of candidates queueing up to lead the party and country, although it's the candidates' views on the pros and cons of PM May's EU withdrawal agreement and its antithesis 'no deal' Brexit that are likely to determine which MPs support which candidates. Likewise in the final grassroots vote too.

Halpenny says the new party leader and PM's first option will be an attempted new negotiation with the EU, aimed at removing the so-called Northern Irish backstop from the withrawal treaty, under the threat of pursuing a 'no deal' Brexit if unsuccesful.

The EU has said it will not renegotiate the withdrawal treaty and many MPs in parliament, particularly those on the opposition side, have threatened a vote of no confidence in the government in the event it attempts such a thing.

"This choice raises the risk at some point of there being a vote of no-confidence that would likely lead to a general election," Halpenny writes, in MUFG's latest review of currency markets," Halpenny warns.

A general election would risk installing opposition leader Jeremy Corbyn, a profligate self-professed Marxist who's commitment to private property rights has been called into question, into 10 Downing Street. Some analysts say the financial markets would not welcome a Corbyn government.

MUFG claims the second 'clear path' ahead the new PM will be able to choose is another attempt at negotiating alterations of the withdrawal treaty with the EU or a "Canada style free trade agreement" that could be put back to the electorate in a 'confirmatory referendum'.

"A damaging divisive referendum will not help confidence. We assume more moderate GBP gains but these could unravel and risks are high," Halpenny warns. 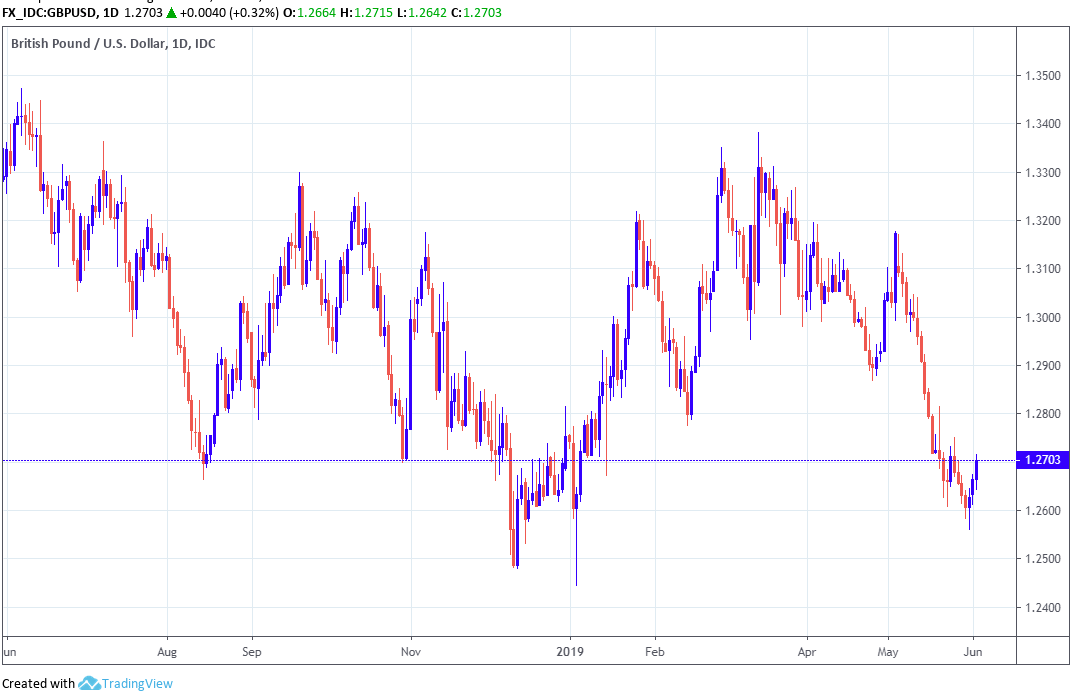 Conservative Party grassroots members were strongly in favour of leaving the European Union in the 2016 referendum and many recently chose to abandon the party in the European parliament election, presumably over its handling of the Brexit process or due to the specifics of PM May's withdrawal agreement.

Another referendum that risks seeing the 2016 Brexit vote, which was in part the work of some Conservative Party MPs as well as grassroots members over several decades, overturned might also risk bringing about the death of the party.

This is because recent polls of general election voting intentions have shown the Conservatives in third place, behind the newly formed Brexit Party and the anti-Brexit Liberal Democrats.

As a result, a general election that makes a renegotiation under the threat of a 'no deal' Brexit the centrepiece of the Conservative campaign could appeal more to the next Prime Minister than any second referendum.

"The pound has weakened sharply on the increased uncertainty, so we are cautious on being too aggressive to the downside. But we have lowered our GBP forecast
profile again and do not assume a move to a 2nd referendum implies the UK will ultimately remain in the EU," Halpenny says.

The Pound-to-Dollar is expected to rise only to 1.2850, from 1.27 on Tuesday, which reflects a significant downgrade from the previous forecast of 1.35.