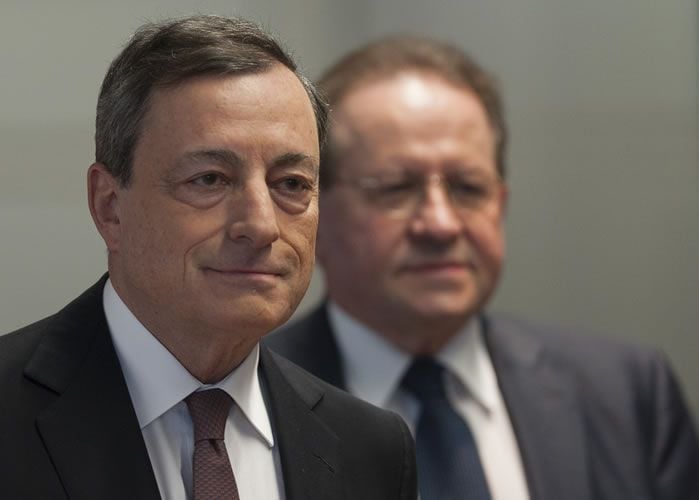 The Euro has undergone a period of strengthening over recent weeks to the extent it is now the best-performing amongst a group of the world’s ten biggest currencies for 2017.

The move higher has been courtesy of improved economic performance in the Eurozone over recent months and the fading of political risks.

Markets are betting the European Central Bank (ECB) will therefore soon pave the way for a withdrawal of its extraordinary monetary support to the Eurozone economy.

The removal of quantitative easing, and the raising of interest rates, typically plays positive for currencies.

It is no wonder then market attention was focussed on ECB President Mario Draghi as he appeared before the European Parliament’s Economic and Monetary Affairs committee for his second appearance of the year before European lawmakers in his role as Chair of the European Systemic Risk Board.

Draghis appearance was not as positive for the Euro as many bulls would have hoped.

“Yesterday’s dovish comments from ECB President Draghi at the European Parliament, in which he said that “an extraordinary amount of monetary support” is still needed, weighed on the Euro, as did speculation that an early Italian election may be in the offing,” say Lloyds Bank in a note to clients.

“While the ongoing economic recovery in Europe is expected to continue to strenghten and broaden, the GB noted that an episode of repricing of risk premia could lead to a re-emergence of market concerns about public and private sector debt sustainability. Furthermore banks in several countries continue to face difficulties: low profitability, overcapacity, poor asset quality,” notes a summation of the event provided by the European Parliament.

Are these the conditions that will allow the ECB to withdraw stimulus to the extent that markets have been betting? At face value the answer would have to be no.

“You could easily be lulled into thinking that Mario Draghi wants to keep a lid on the Euro ahead of any decision to further slow the pace of ECB bond-buying. A quiet Monday with US and UK markets closed and Mario Draghi took the opportunity to warn that the Eurozone still needs an extraordinary amount of monetary support,” said Société Générale’s Kit Juckes, raising the possibility that Draghi is keen to keep a lid on the Euro's strength.

If the chances of settings staying unchanged for longer grows we could well see a notable withdrawal of the Euro from current levels.

However the ECB President also noted that, “downside risks to the growth outlook are further diminishing, and some of the tail risks we were facing at the end of last year have receded measurably.”

Indeed, he acknowledged the improving outlook across the Eurozone economy could allow a more upbeat assessment at its meeting on 8 June, when the ECB staff will update their economic forecasts.

So the meeting will be a finely balanced event and will be key to the Euro's performance for the remainder of the year we believe.

Sarah Hewin at Standard Chartered in London believes markets are too optimistic on their timing for an expected move at the ECB and it will be Autumn when the Euro is given the green light to move higher:

“We think an explicit announcement about exiting QE is unlikely to come until the September meeting. We expect tapering of asset purchases to begin in January 2018 and end by Q3-2018, though this would require action to deal with asset scarcity. We think that the deposit rate will not be hiked until after the QE programme ends, probably in Q1-2019. This is in contrast to the market view of a 10bps deposit-rate hike in H2-2018 and another 10bps hike in H1-2019.”

Inflation Data Will be Key

For more upwards propulsion investors will want to see the European Central Bank unwind their extraordinary stimulus measures and ‘normalise’ monetary policy, with the goal of eventually raising interest rates as conditions improve.

Yet for this to happen they will want to see core inflation rise from its current circa 1.0% level.

With that in mind we will be watching the release of Eurozone inflation data midweek.

Classical economic theory assumes that when employment rises so will wages and then inflation, yet this model does not appear to be working as it would normally in the current recovery.

“For some reasons, core inflation has recently been exceptionally slow to respond to the declining negative output gaps. One of the surprises has been experienced in the labour market. As we wrote half a year ago, the wage increases in the Euro area have been lower than expected even if improvement in employment has exceeded expectations. The ECB, for example, has been forced to revise its forecasts on compensation of employees continuously downwards,” says Nordea Bank’s Tuuli Koivu ahead of the inflation release. 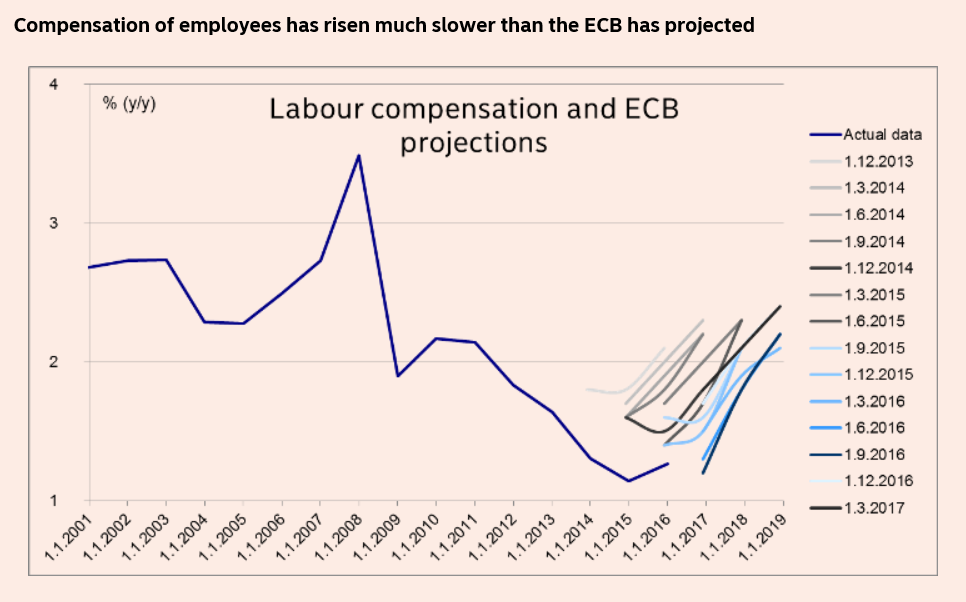 The Nordea analyst is sceptical about the link between inflation and employment, otherwise known as the Taylor Rule.

Germany has had exceptionally low unemployment for years now, for example, and yet this has not resulted in runaway inflation as a result of wage inflation. 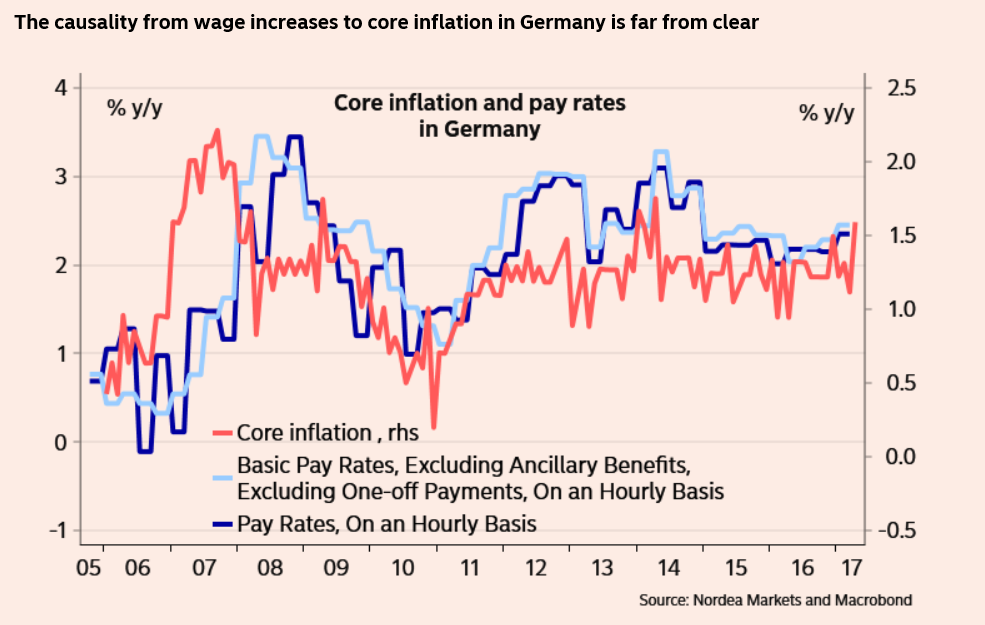 “The relationship between wage increases and core inflation seems to be particularly opaque in Germany where core inflation has remained nearly constant irrespective of changes in pay rates since 2012. Overall, wage increases in Germany have remained surprisingly low despite the record-low unemployment rate, probably due to weak productivity development,” said Koivu.

So although this does not preclude Morgan Stanley’s forecast for EUR/GBP to be reached, we need to consider carefully how sustainable the gains made in EUR/GBP are in the long-term.

If inflation in the Euro-area fails to move higher the necessary shift in policy at the ECB for a sustained Euro rally might not be forthcoming.