One analysts does warn however that a move to 1.1695 would substantially unsettled the market.

Martin Miller, Market Analyst at Reuters says the U.S. dollar is likely to remain in demand in coming sessions in response to a shift by the Federal Reserve, an increasingly bullish technical chart (for the Dollar index) and outstanding vulnerable shorts.

"The dollar jumped on Wednesday after the Fed brought forward its projections for the first post-pandemic interest rate hikes into 2023, citing an improved health situation and dropping a long-standing reference to the crisis weighing on the economy," says Miller. 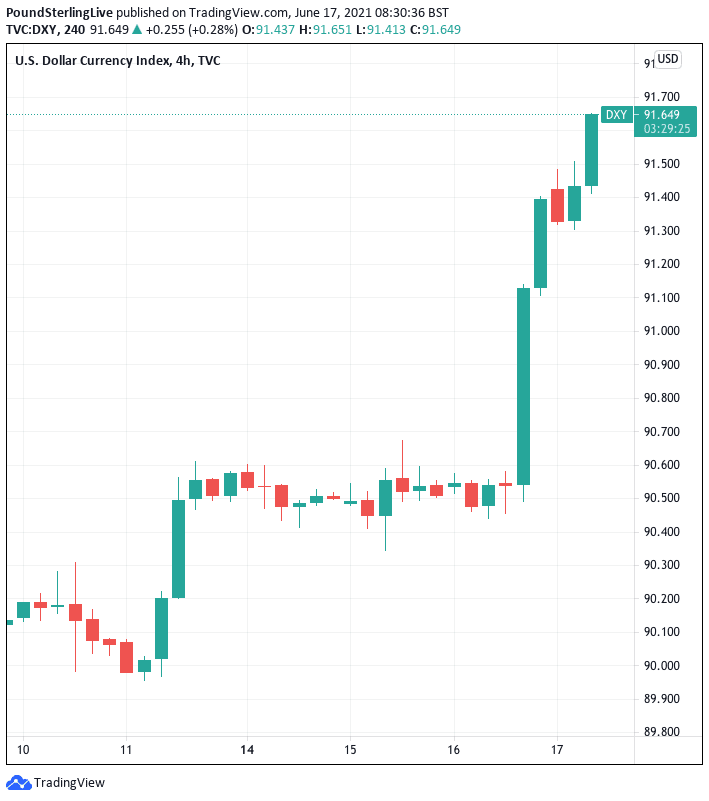 Above: Four-hour chart showing the jump in the Dollar index.

"While some buy stops associated with the growing speculative shorts have been triggered due to the dollar's big rise since the week ending June 8, continued dollar gains are putting a squeeze on outstanding shorts," says Miller.

The Euro-Dollar's post-Fed slump comes as traders betting heavily on a rise in the exchange rate exit mainly profitable positions, "and that's a crucial factor that will determine movement this summer," says Miller's colleague Jeremy Boulton.

With regards to the Euro-Dollar outlook, the decline will likely invite fresh buying interest that analysts say could ease the sell-off.

But, "marked changes in trading patterns occur when the balance of betting turns from winning to losing bets, and for some that may soon happen." 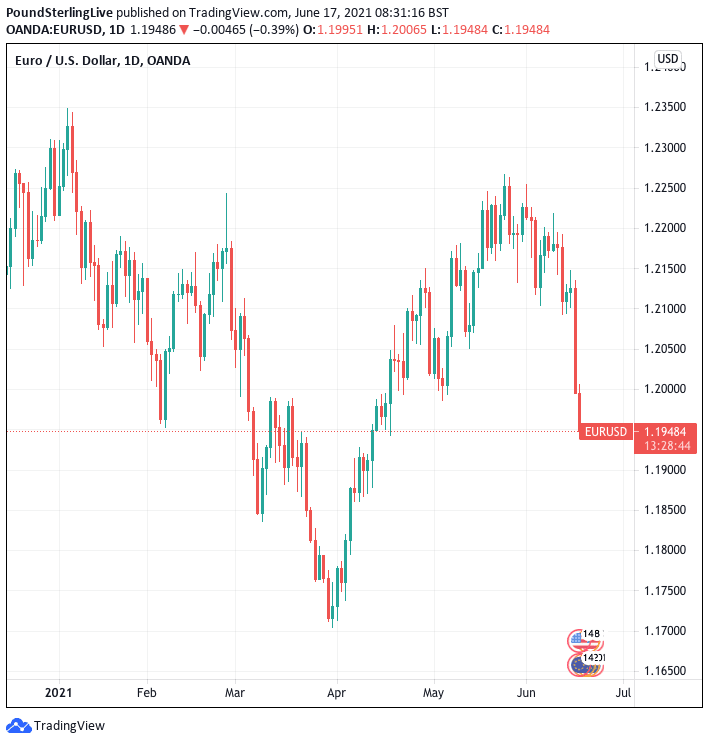 Reuters data shows $6BN of the current $16BN staked on a rise was added after April 16, when EUR/USD reached 1.1995 from 1.1872, suggesting to Boulton that EUR/USD is probing levels where a substantial proportion of those who are long entered their bets.

The other $10BN longs were established a long time ago with traders buying well below current levels.

"It will probably take a push below 1.1695, which is the minimum objective for a technical correction of the rise influenced by the pandemic, to unsettle these positions," says Boulton.