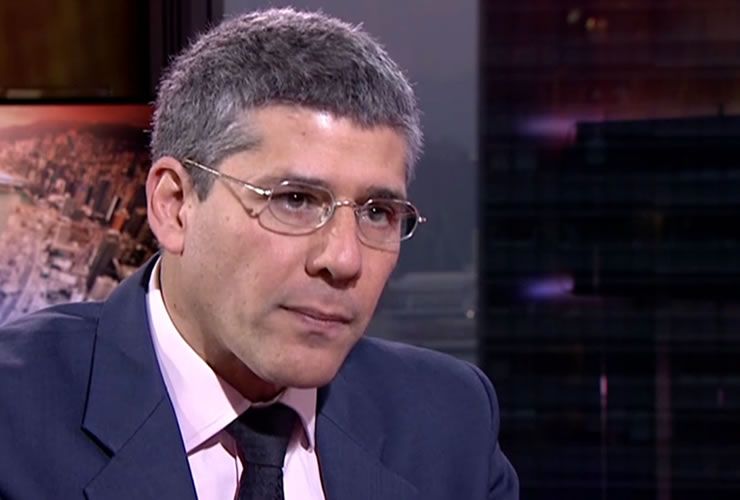 Pictured: David Bloom of HSBC reiterates his stance that the remainder of 2017 is unlikely to be kind to Sterling.

Analysts at HSBC have confirmed their view that Pound Sterling is still likely to fall to a 1:1 exchange rate by the time 2017 is over.

The confirmation comes at a time of increased scrutiny of the UK currency as it becomes increasingly reactive to expected outcomes of the June 8 General Election.

Sterling has shown a bias that favours the Conservative party - rising when May called the election back in April and falling as May’s popularity has waned since that decision.

But for analyst David Bloom, Strategist with HSBC in London, the election is a mere sideshow and will mean little for a currency that is on the road to lower levels.

“Once the election is over, we expect GBP to resume its weakening trend,” says Bloom.

Those concerned about any potential moves lower should consider setting up a strategy to protect against such a move. Get in touch with a specialist here.

Why the Conservatives are Good for the Pound

There is the chance of a bounce in Sterling should the Conservative’s regain their composure and reestablish a commanding lead on Labour into election day.

Polls has narrowed from 23 points to as little as 5 points meaning GBP has come under pressure and a strong win for Theresa May will help the currency recover some composure.

HSBC argue the rally in the wake of April’s decision to call a snap election is rational as the 8 June vote removes the prospect of a 2020 UK general election, the year after Brexit takes effect, postponing it until 2022.

"It increases the probability of political continuity and a Conservative Party government, according to recent polls – an expectation which has proven GBP positive in the past,” says Bloom.

Therefore HSBC do not believe this snap election will materially alter the probabilities attached to a ‘hard’ or ‘soft’ Brexit from the Article 50 negotiation process and therefore the bigger picture does not really change for Sterling.

Regardless of the Vote, the Pound is Going Down

Indeed, once the election is over, HSBC say they expect the British Pound to resume its weakening trend.

Politically, the currency remains vulnerable to a potentially acrimonious negotiation process with the EU and the lingering possibility of a ‘no deal’ outcome.

Structurally, the renewed widening in the trade deficit is a recurring headache that requires more adjustment lower in GBP.

Finally, there are some signs that the economy is losing traction, notably through slower consumer spending that has driven GDP growth lower.

HSBC argue that, politically, a renewed focus on Brexit will likely highlight the difficulty of reaching a deal with the EU by March 2019.

As time drifts by, if little evidence of progress emerges, the market will have to contemplate the substantial possibility of a “no deal” scenario.

"This would put pressure on GBP," says Bloom who believes the outlook favours a weaker currency going forward. "In addition, the early exchanges have already been acrimonious at times."

When the official negotiations begin on June 19, Bloom says there is little reason to assume this will have changed, especially if PM May believes her anticipated larger majority gives her a mandate to press on in the same manner as before the election.

Concerning the economy, there is evidence of the slowing momentum that saw the narrowing of the current account deficit in Q4 2016.

On the GDP front, net exports were a considerable drag on growth, knocking 1.4ppts off the headline as imports grew at a lofty 2.7% QoQ while exports fell 1.6%.

"Such numbers imply that the fall in GBP has not yet done its job, and that external rebalancing is not over: UK consumers and firms have not been squeezed enough to stop buying more expensive imports, UK export prices are still not competitive enough to entice a pick-up in revenue," says Bloom.

In short, GBP would need to fall further to prompt sustained external rebalancing.

Analysts at UBS have also cited the current account in their projections concerning Sterling and say a notable deterioration here could see GBP/EUR go below 1.0.

UBS note that the repatriation of foreign earnings by UK-based companies is keeping the Pound propped up at present and were these earnings to dry up for whatever reason significant downside pressures would be realised.

HSBC believe this recent rally is most likely to have marked the 2017 high for Cable at around 1.30.

They continue to believe GBP-USD will weaken back to 1.20 and EUR-GBP will move to parity by the end of 2017 on the back of political, structural and cyclical pressures.

It Could be Worse

It is not just HSBC who have released some pretty dire forecasts for the Pound v Euro rate of late.

We reported this week that UBS analysts see one scenario facing Sterling in which the GBP/EUR actually goes below 1.0.

The scenario sees GBP weakening substantially to 1.00 versus EUR in 2017 and 1.05 in 2018 due to a combination of hard Brexit hitting the services balance and the global growth cycle rolling over and thus thinning down the income balance.

However, another scenario sees a softer Brexit in which the UK retains free trade with the EU, especially the UK services and financial services sectors, combined with a continuation of the upcycle in global growth producing robust inflows via the income balance.

The British Pound fell sharply against the Euro ahead of the weekend amidst a broad-based rally in the European currency.

There was no immediate sign of any Sterling-related reason for the sell-off.

Rather, the culprit appears to be the Euro which according to one analyst “got its groove back” after slower U.S. hiring inspired a fresh round of Dollar selling.

“The Euro earlier in the week had its gains checked after Eurozone inflation slowed more than expected, suggesting less scope for the ECB next week to sound a hawkish note,” says Joe Manimbo, an analyst with Western Union.

Key for the Euro going forward will be the extent to which officials signal a chance of reducing stimulus in the months ahead.

“Failure to open the door to reduced stimulus this year would leave the Euro ripe for a corrective move lower,” warns Manimbo.

The ECB next meets on June 8 and no change to its low rate policies is expected, but officials could sound a more cheerful note with inflation out of a deflationary zone and unemployment trending lower. 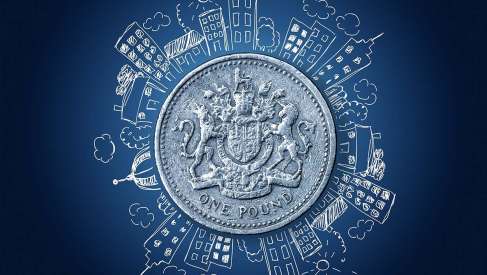