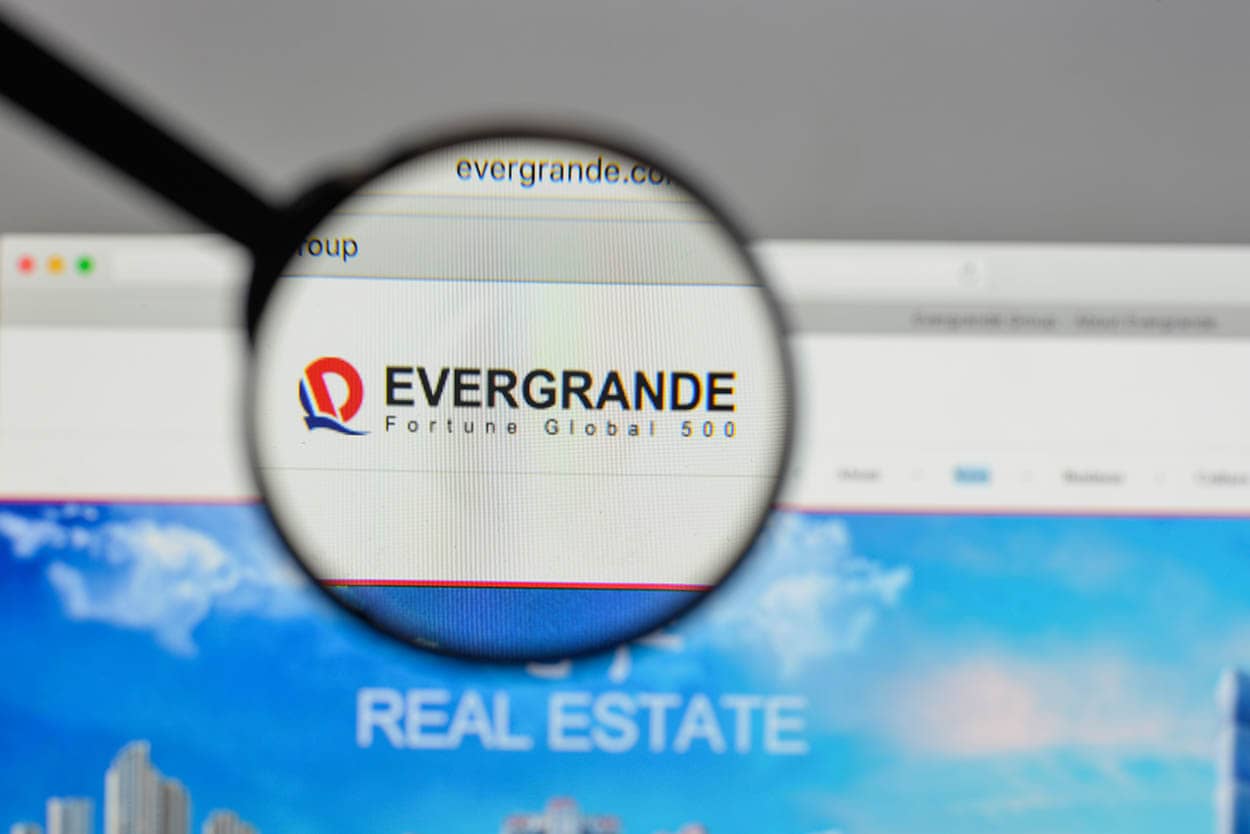 The Australian Dollar was a laggard amongst the world's major currencies at the start of the new week after China's Evergrande Group was seen heading for default, with little indication Chinese authorities would provide a lifeline.

Evergrande Group has two interest payments due to bondholders on Thursday, one for $83.5MN and one for CNY 232MN.

The crisis is just the latest setback to Chinese economic growth that has routes in a wider crackdown by authorities on technology stocks and the introduction of Covid-19 restrictions in some key regions and cities.

"Fears about Chinese growth have sent iron ore prices plunging. This is likely to be negative for AUD," says Marshall Gittler, Head of Investment Research at BDSwiss Holding Ltd.

(The GBP/AUD dynamic is a result of Sterling also enduring a rough start to the week amidst signs the country's energy sector was in turmoil.) 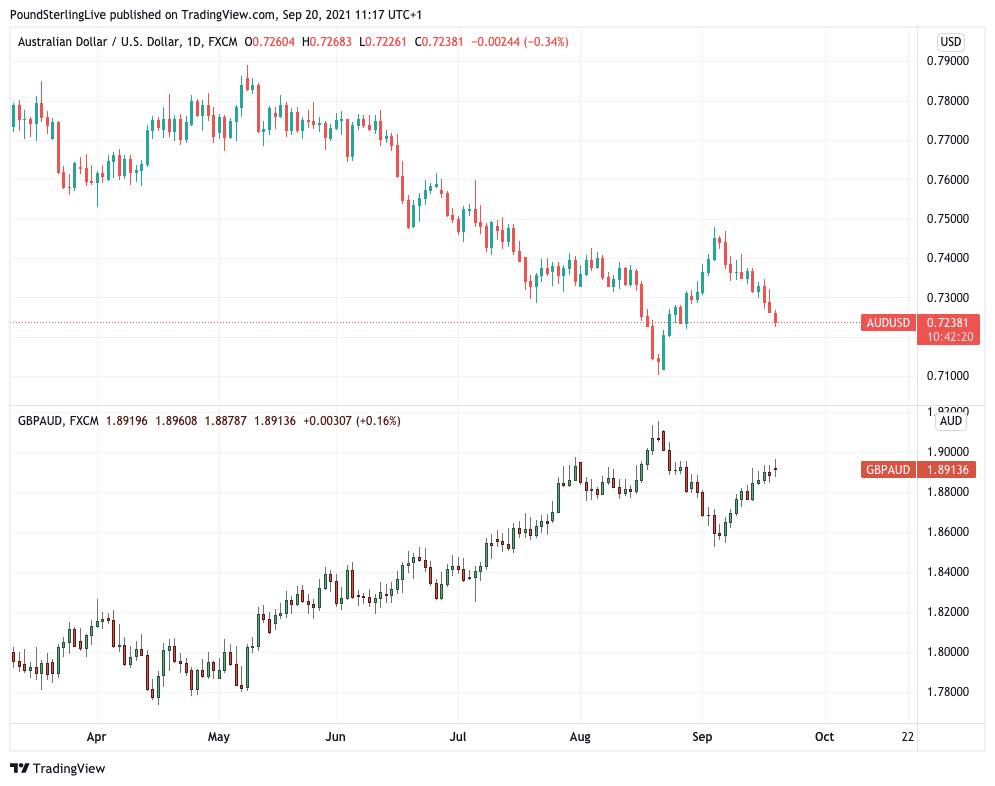 Above: Daily chart for AUD/USD (top) and GBP/AUD (bottom).

"Antipodean currencies are likely to remain weighed down ahead of the FOMC (Wednesday) on growth concerns and risks from weaker China growth, especially given stress in the Chinese real estate sector," says a foreign currency research briefing from Barclays.

The Evergrande crisis confirms to investors that some sections of China's property market were built on wild speculation and debt and raises questions about the ability of the country to indefinitely deliver blockbuster economic growth rates.

Chinese authorities look willing to let the company fail as a warning that such behaviour won't be tolerated.

This is part of a wider assault by Chinese authorities on 'irresponsible capitalism', amidst an ongoing crackdown on technology giants.

President Xi Jinping sounded a cautionary note at the 19th National Congress of the Communist Party of China in October 2017 when he said "houses are for living, not for speculating".

The Institute of Chinese Studies says the statement "underscored government concern about property speculation and the issue of unaffordable housing."

"The company is the biggest Asian borrower in the dollar-denominated high yield market, with some USD 300bn of liabilities that appear to be on the brink of default," says Gittler.

"The big question is whether Evergrande’s problems will cause a contagion to other companies/sectors in China and hit growth there," he adds.

Chinese authorities appeared steadfast in an unwillingness to step in to save the developer.

"The bottom line remains that the ability of Evergrande to generate sufficient liquidity in the near term through contracted sales and asset disposals has deteriorated considerably and in turn increased the likelihood of credit event occurring sooner rather than later," says Osmaan Malik, Analyst with UBS.

Contagion does appear to be underway as other Chinese property stocks slumped on Monday, signalling to investors that the sector is under pressure.

China's property and infrastructure boom has long been the primary driver of higher iron ore prices, which are Australia's premier export and foreign exchange earner.

Although much of Australia has been locked down due to Covid-19 the country's economy still enjoys a robust terms of trade account - courtesy of iron ore - as a backstop.

Iron ore prices extended a slump below $100 a ton on Monday amidst the Evergrande Crisis, but also as China stepped up restrictions on industrial activity and growth slowed as more Chinese cities are put under Covid lockdowns.

"Also weighing on the Australian Dollar were lower iron ore prices, which slumped to a new low for the year, and the larger-than-expected decline in employment in August, as the delta variant forced lockdowns in the nation’s two largest cities," says a note from Goldman Sachs.

Any weakness in Australian commodity exports and earnings could give the Reserve Bank of Australia further reason to be cautious regarding ending quantitative easing and signalling interest rate rises, which in turn would pressure the Aussie Dollar.

The RBA has already this month delayed a reduction of its quantitative easing programme until February 2022 owing to domestic lockdowns while RBA Governor Philip Lowe last week indicated a rate rise was still some way off.

The latest global developments will further encourage investors to propel the timing of that first rate rise well into 2023, with money markets showing an increase in bets for lift-off only taking place in 2024.