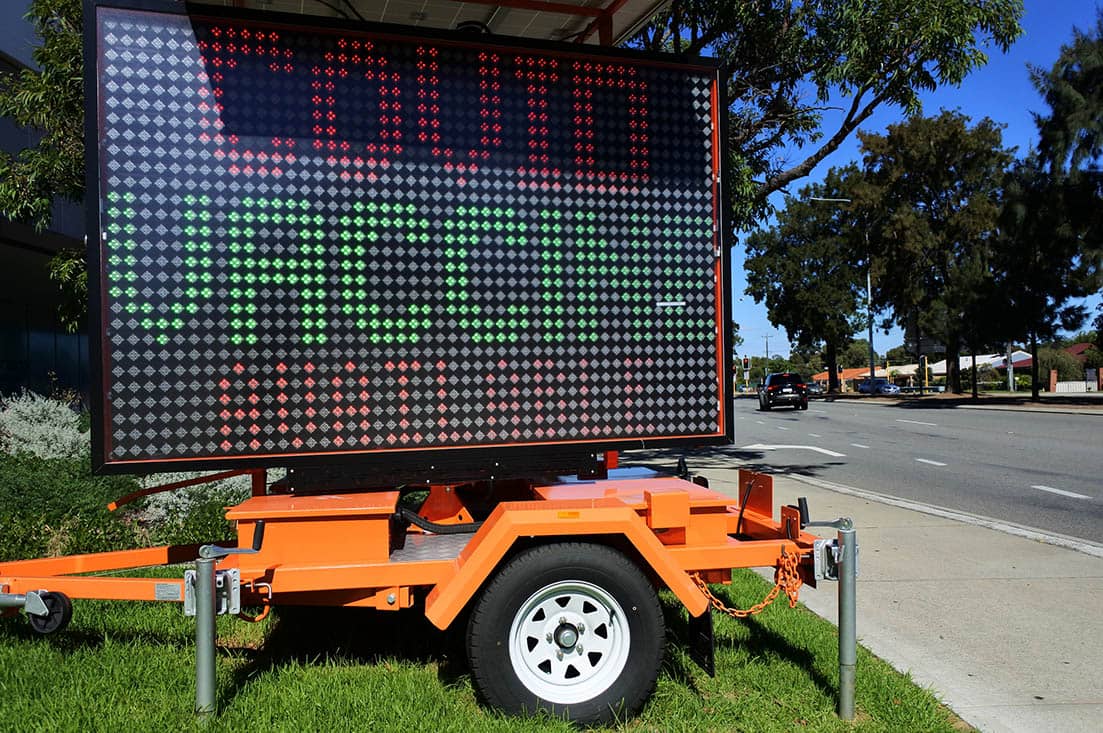 The Australian Dollar could be stronger if it were not for the country's slow vaccination rollout say foreign exchange strategists at a leading Australian lender.

"Australian Dollar underperformance on crosses continues, with the Aussie rangebound even as EUR, GBP and CHF hit multi-month highs against a vulnerable US dollar," says Richard Franulovich, Head of FX Strategy at Westpac in Sydney.

The strategist says a number of factors could be contributing to underperformance, not least Australia's slow vaccine rollout which could potentially keep international borders closed until 2022 at the earliest.

Indeed, the Australian Dollar's underperformance of late has been a particular source of curiosity for analysts with numerous theories forwarded as to why the currency was lagging the broader rally in global commodity prices.

In previous episodes of commodity price booms the Australian Dollar has shot higher in value, however this is not quite the case in the 2020-2021 period.

The Aussie Dollar is by no means suffering, but the sense amongst analysts is that the relationship between the currency and commodities has broken down somewhat.

Foreign exchange analysts at Australian lender Westpac says an explanation for the Australian Dollar's apparent lagging of the commodity rally is the country's poor vaccination programme, which means the economy's ability to recover to full potential faces a lengthy delay.

"Elevated commodity prices underpin bullish Australian forecasts but perhaps the currency is being held back by Australia’s low Covid-19 vaccination rate and flareup of new cases in Asia. Europe now looks more promising in this regard," says Franulovich.

Last week a survey suggested about one-third of Australians said they were unlikely to get vaccinated, reportedly up from previous months.

Reports say the caution mostly centres around side effects and a lack of urgency given Australia's low infection rates.

Vaccinations matter for currencies and economies in the Covid era given it is assumed once a country has vaccinated its population it can reopen fully and growth can return.

But Australia's 'zero covid' policy can only realistically be pursued if borders remain closed, because even with a fully vaccinated population Covid-19 will still be in circulation as are all endemic diseases. 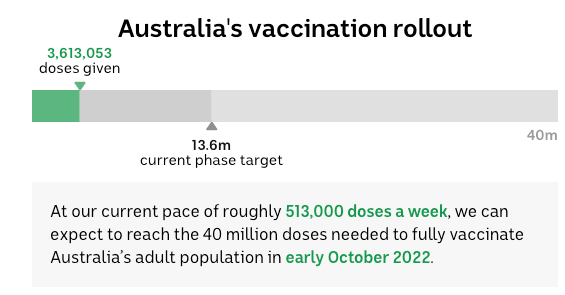 Pound Sterling Live last month reported on a potential "vaccine problem" facing the Australian Dollar, identifying that the ability of the Australian economy to return to full potential have been raised in the wake of comments from senior government ministers that international borders could remain effectively closed for an indefinite period.

"Vaccination alone is no guarantee that you can open up," Health Minister Greg Hunt said in April. "If the whole country were vaccinated, you couldn't just open the borders."

Given the importance of travel to a globalised economy, the developments risk putting the Australian economy in the slow lane over coming months and years relative to those economies that are likely to pursue a vaccine-lead path back to normality.

Pound Sterling's strong performance in the first quarter of 2021 was attributed to the country's rapid vaccine rollout by analysts, and while this is now considered 'in the price' for the Pound the baton has passed to the Euro.

"Recent vaccine development and looser restrictions in the Euro area are supporting the EUR," says Marek Raczko, a foreign exchange analyst and strategist with Barclays. 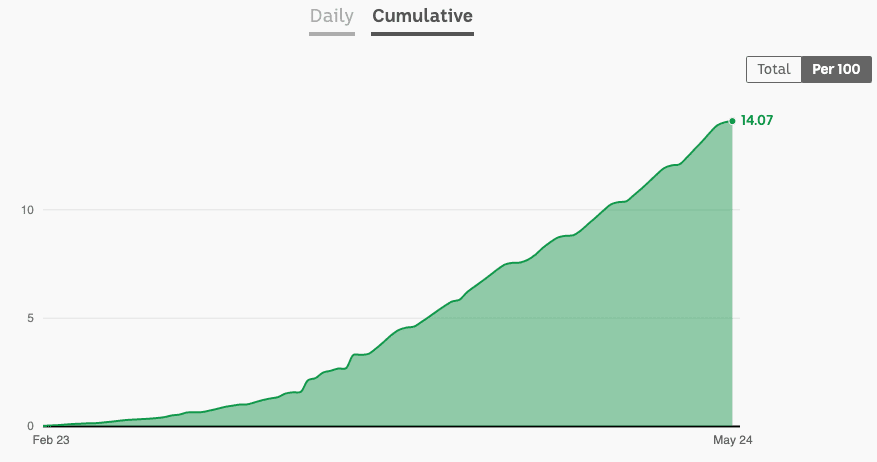 Australia has delivered a dose to approximately 14% of the population. Graphic courtesy of ABC.

Australia's closed borders and 'zero covid' policy means the education sector - which relies heavily on foreign student arrivals - is likely to struggle for some time.

Australia's Dollar derives significant value from international students residing in Australia both from direct currency flows and the indirect driver of economic activity they drive. Indeed, it is estimated more than 130K people rely on the international education sector for employment in Australia.

Immigration is seen to be another driver of Australian economic growth, but the government has acknowledged it is likely to remain a fraction of its pre-pandemic levels for years to come as borders are closed off to new arrivals and the visa application process is all but stalled.

This is before the lost tourist spend is accounted for.

In 2019, tourism in Australia accounted for 3.1% of the national GDP, contributing A$60.8BN to the Australian economy. The means that tourism GDP grew at a faster rate than the national economy.

Despite concerns over Australia's vaccination rates Westpac remain 'long' on the Australian Dollar against the U.S. Dollar, with demand arising on dips to 0.7700 or below.

"But a return to the Feb high above 0.8000 looks remote, with Australia’s lopsided export basket a concern and low vaccination rate keeping services exports under the hammer," says Franulovich.

Research from ABC's Four Corners finds Australia's vaccine programme has fallen short of government expectations and instead of delivering a "leading" vaccination programme instead the federal government delivered "a messy, confused rollout that has delayed our re-opening to the world".

The investigation reveals Australia was slow in ordering vaccines and then suffered sclerotic vaccine supplies once ordered vaccines were approved. The report also finds the domestic rollout was beset by unpredictable and unreliable delivery issues.

But, demand is set to play another headwind with a survey out last week suggesting about one-third of Australians said they were unlikely to get vaccinated, reportedly up from previous months.

Reports say the caution mostly centres around side effects and a lack of urgency given Australia's low infection rates.

Beyond Australia, the Covid-19 crisis is evolving unfavourably with a recent pick-up in cases hampering Asian economies.

Asia matters for Australia's economy given its proximity and trade networks, therefore any slowdown there would inevitably be felt by Australia.

"The countries which were regarded as relative COVID-19 winners earlier, such as Singapore and Taiwan, saw increases in their domestic infection cases and authorities decided to tighten the social distancing measures," he adds.

In Taiwan, the epidemic warning for Taipei City and New Taipei City rose to Level 3, with mobility restrictions being tightened accordingly and we note the risk of a further escalation to Level 4.

Singapore has also reverted back to Phase Two of its three-phased economic reopening plans.

The outlook in Thailand is also deteriorating as the recent virus outbreak and slower inoculations are likely to push the economy even further to the downside says Agrawal.

Beyond the pandemic and vaccine narratives, Barclays tell clients in a weekly currency briefing they expect the Australian Dollar to remain vulnerable to weaker risk sentiment, concerns over commodities and a slowdown in China’s credit impulse.

"We see little in domestic data and events to boost sentiment and trigger outperformance in the Antipodeans. Any gains in the AUD and NZD likely depend on a bounce in risk assets and lower volatility," says Agrawal.

"Despite broad USD weakness, the Antipodeans are likely to remain weighed down by declining commodity prices amid elevated uncertainty. Indeed, the AUD and NZD underperformed other G10 currencies except the NOK last week," he adds.