The Australian Dollar was set to end October as the second-worst performing of the world's major currencies for the month, and with Americans set to vote in the all-important election and the Reserve Bank of Australia set to deliver a key interest rate decision next week volatility could be set to rise for the currency.

After being buffeted by investor risk aversion earlier this week amidst a decline in global equity markets, the Aussie and many of its counterparts were effectively consolidating ahead of next week's U.S. election, although the antipodean currency will first have to navigate Tuesday's Reserve Bank of Australia interest rate decision.

"We had not envisaged the Board setting a specific quantity target for the bond/semi government purchase program. It is already setting a price target for the 3 year rate. Fixing both price and quantity targets may lead to unexpected difficulties down the track. Markets seem to differ," says Bill Evans, chief economist at Westpac. "With markets expecting a specific volume target, the announcement of an open ended commitment might cause market disappointment with a potential lift in market yields and the AUD."

Australian exchange rates were mixed ahead of the weekend with no clear trend beyond limited moves against all counterparts, having risen against the safe-haven Swiss Franc but declined relative to the larger Japanese Yen, while gaining over the oil-linked Norwegian Krone but ceding ground to the New Zealand Dollar.

The Pound-to-Australian Dollar rate was meanwhile trading 0.18% higher amid a broad outperformance by Sterling and further claims of progress in the Brexit trade negotiations. 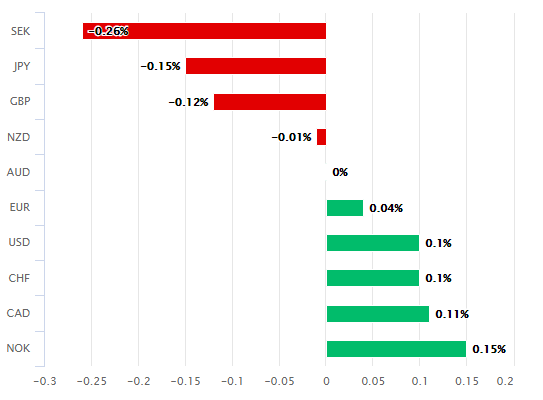 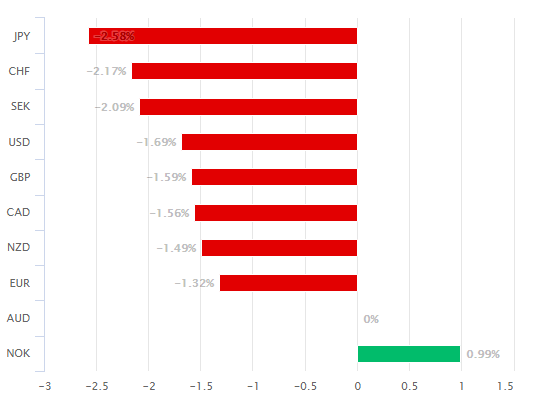 The RBA is widely expected to cut its cash rate to 0.10% and expand its programme of quantitative easing to  target Aussie government bond yields at maturities beyond the 3-year sector where it's carried out the bulk of its acquisitions so far, in a similar manner to that of the Bank of Canada this week.

Recent Aussie Dollar strength is thought to be a key consideration driving the RBA's shift, given that it further saps the long-lost inflation pressures the bank was attempting to cultivate with rate cuts before the pandemic.

Underwriting the economic recovery with lower borrowing costs for government and households is also an important motivator, but the extent to which markets have premptively adjusted to this is a curveball for the RBA.

"Even if it was not US election week we would not be expecting too much by way of currency reaction to whatever the RBA announces on Tuesday. We say this on the basis that a lot looks to have been priced in by way of easing, evident in the sharp fall in the hitherto very strong correlation between risk sentiment as proxied by the US stock market and AUD/USD and the significant underperformance of AUD versus other G10 currencies this month," says Ray Attrill, head of FX strategy at NAB.

Pricing in the overnight-index-swap derivative market still implied on Friday that investors expect the cash rate to be cut from 0.25% to 0.05%, a steeper reduction than is likely to be delivered, while expectations for a large quantitative easing programme that comes with both a specified target for total purchases as well as a yield target could easily be disappointed.

Any market disappointment on Tuesday, at 03:30 London time, could lead the Australian Dollar to rise into the Wednesday session before becoming caught in the headlights of the oncoming U.S. election result and all that it could mean for the U.S. economy, global supply of Dollars and relations between the world's two largest economic powers, one of which is Australia's largest trading partner.

"There is a high risk AUD, and markets generally, are volatile next week," adds Kong.

Currency, stock, bond and betting markets have all priced-in a 'clean sweep' by the oppossition Democratic Party that installs candidate Joe Biden into the White House, which has weighed heavily on the U.S. Dollar but not yet upset the stock markets which the Aussie Dollar is positively correlated with.

But a closer-than-anticipated result favouring Biden could at least temporarily lift the U.S. Dollar and weigh on AUD/USD if it raises the probabiliity of an outcome that is contested in the courts.

This would potentially be happening in the early hours of Europe's Thursday and as the Aussie trades at elevated levels in the wake of Tuesday's RBA decision, leading to volatile swings in Australian exchange rates. 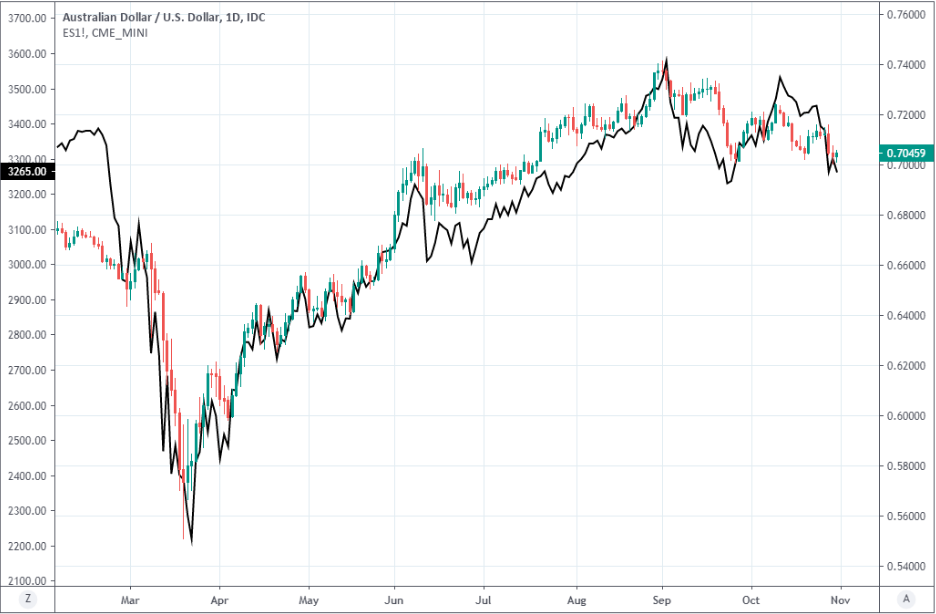 The U.S. Dollar rebound or rip higher could potentially be sharper too if the like in 2016, the polling industry and financial markets are at the wrong end of the field with their expectations for the outcome.

America's southern state of Florida will be watched closely on the night given that it counts early any mail-in votes, which speculation suggests will be an important factor in this election, and tends to declare its result early.

It's also an important swing state including among many demographics that were most impacted by the pandemic.

However, neither Westpac, Commonwealth or NAB expect any of the possible U.S. Dollar strength and resulting Aussie Dollar weakness to be anything more than a flash in the pan, with each looking for AUD/USD to turn higher from Friday's 0.70 level again in order to see out 2020 up near 0.74.

"If we don’t get a clear election outcome next week, risk will sell off, potentially quite hard, and the USD will rally, if only temporarily," says NAB's Ray Attrill in a Friday research note. "Whatever happens to the USD in coming days and possibly weeks, and at risk of sounding like a scratched record, the USD’s fall to 2 ½ year lows last week in (BBDXY) index terms is fully consistent with the historically lagged response to lower US real interest rates and which still looks to have a long way to play out." 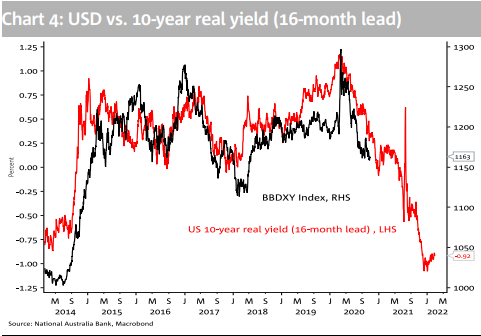 The Pound to Australian Dollar exchange rate fell toward the bottom of a fortnight-long range early in the new week but could be likely to retest the top of that band up around the 1.78 handle in the days ahead. 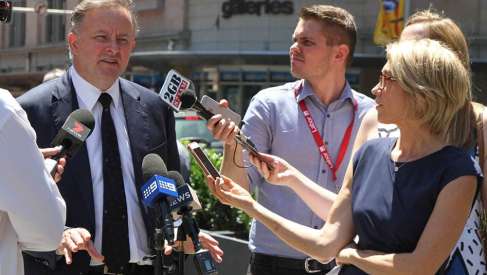 The change in government in Canberra is unlikely to shift the Australia Dollar's outlook, which some currency analysts say remains constructive.

This week's Australian wage and employment data validates a "cautious stance" on interest rates at the Reserve Bank of Australia (RBA) which will push down on the Aussie Dollar, says investment bank Crédit Agricole.

Australian Dollar bulls might be in for some disappointment: wages in the country are not growing fast enough to prompt the Reserve Bank of Australia into a series of aggressive rate hikes, according to analysts.